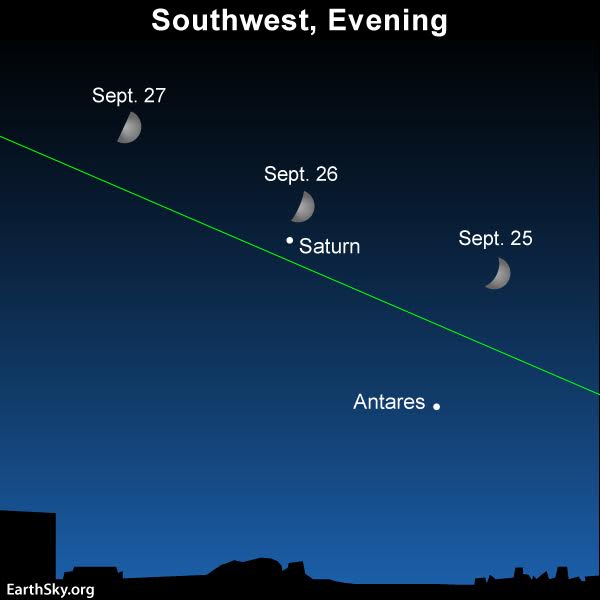 Let the moon guide your eye to the planet Saturn and the star Antares on September 25, 26 and 27. Read more.

Just go outside as soon as the sun goes down and look for the moon. The moon will be in the general direction of sunset – to the left of the sunset as seen on these Northern Hemisphere autumn evenings – and above the sunset as seen from the Southern Hemisphere, where it’s now springtime. As darkness falls, two rather bright starlike lights pop out in the moon’s vicinity. These are the star Antares and the planet Saturn.

You can distinguish Antares and Saturn by color. Antares, the brightest star in the constellation Scorpius the Scorpion, glowers in a reddish hue while Saturn appears golden. Check out their colors this evening with either the eye alone or binoculars.

Also, bright stars sparkle whereas planets tend to shine with a steadier light. A first-magnitude star such as Antares oftentimes scintillates – or sparkles wildly – when close to the horizon. Scrutinize Antares and Saturn this evening, to see if one of these colorful celestial beauties sparkles more than the other. 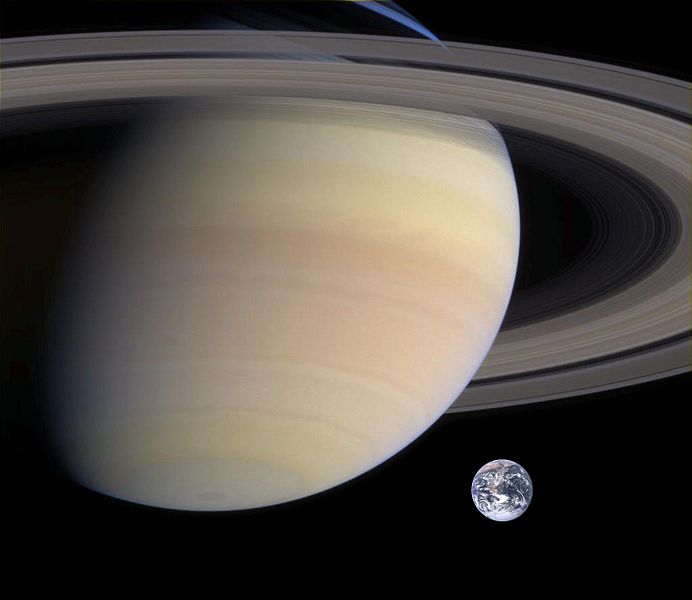 Image via NASA. Contrasting the size of Saturn and Earth.

Saturn, the sixth planet outward from the sun, is the most distant world that you can easily see with the unaided eye. Saturn shines most brilliantly in our sky in a year when Saturn’s rings are widest open – and, additionally, when Saturn sweeps to perihelion – nearest point to the sun in its 29.5-year orbit. At perihelion, Saturn is one astronomical unit (AU) closer to the sun than when it’s at aphelion – its most distant point.

Saturn’s most brilliant appearance in our sky last happened during the opposition of December 31, 2003, and will next happen at the opposition of December 24, 2032. These very favorable oppositions take place in a year when Saturn resides at perihelion, its closest point to the sun, and when the rings are widest open. At such times, Saturn is about 9 astronomical units (AU, or Earth-sun units) from the sun and 8 AU from Earth.

The rings can be widest open in non-perihelion years, too, and that’s the case in 2017. The year 2017 finds Saturn at the vicinity of aphelion, its most distant point from the sun. Saturn’s upcoming aphelion will be April 17, 2018.

Once each year, Earth passes more or less between the sun and Saturn. We astronomers call this an opposition of Saturn, because then Saturn is opposite the sun. At its most recent opposition on June 15, 2017, Saturn was 10 AU from the sun and 9 AU from Earth. Even so, Saturn was brighter than a first-magnitude star at its most recent opposition and is presently shining at first-magnitude brightness, that is, as bright as the brightest stars. That’s because the maximum tilt of Saturn’s very reflective rings toward Earth contributes more greatly to Saturn’s magnitude than its closeness to Earth. 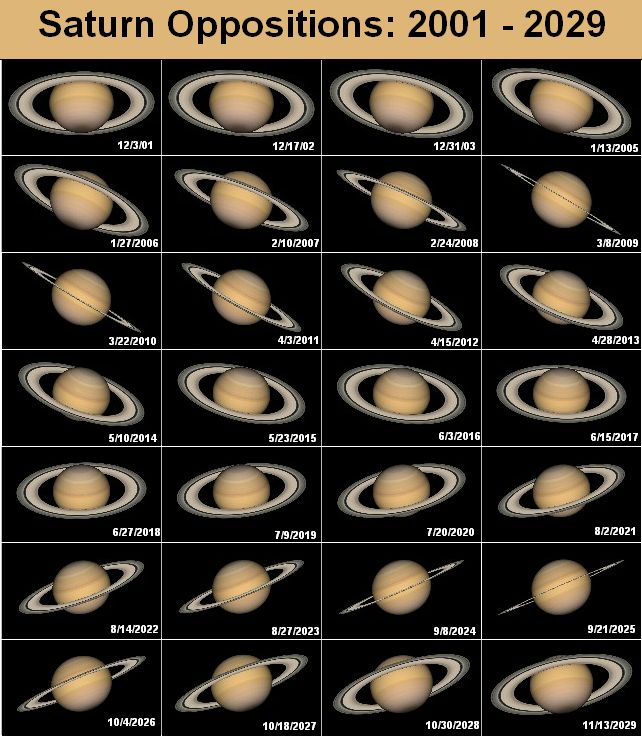 Bottom line: The young moon will be sweeping past the star Antares and the planet Saturn on September 25 and 26, 2017. Watch for them to pop out in western sky as darkness falls.