The moon is back in the evening sky – low in the west after sunset – as a waxing crescent. The bright object near it is our solar system’s biggest planet, Jupiter. 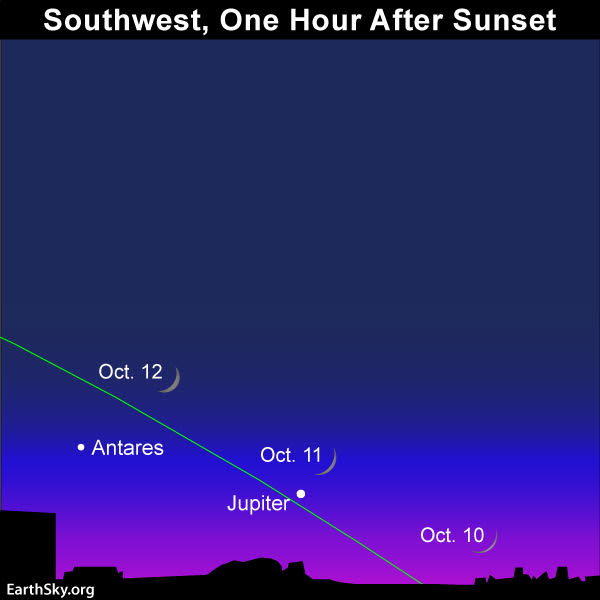 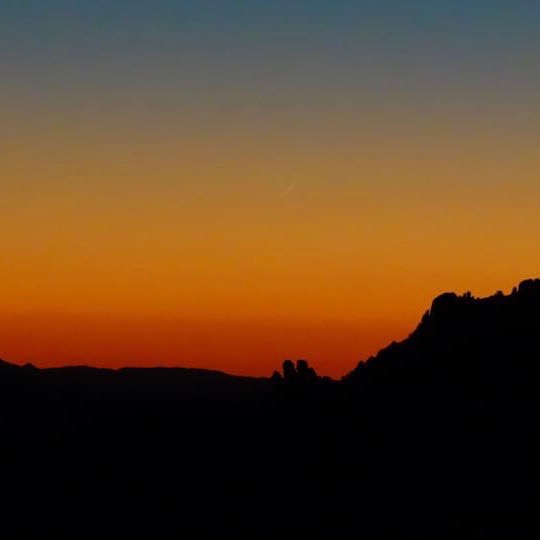 View larger. | Brett Joseph in Tucson, Arizona caught the extremely young moon on October 9, 2018. This is a very young moon and tough to see from the Northern Hemisphere! Congratulations, Brett! 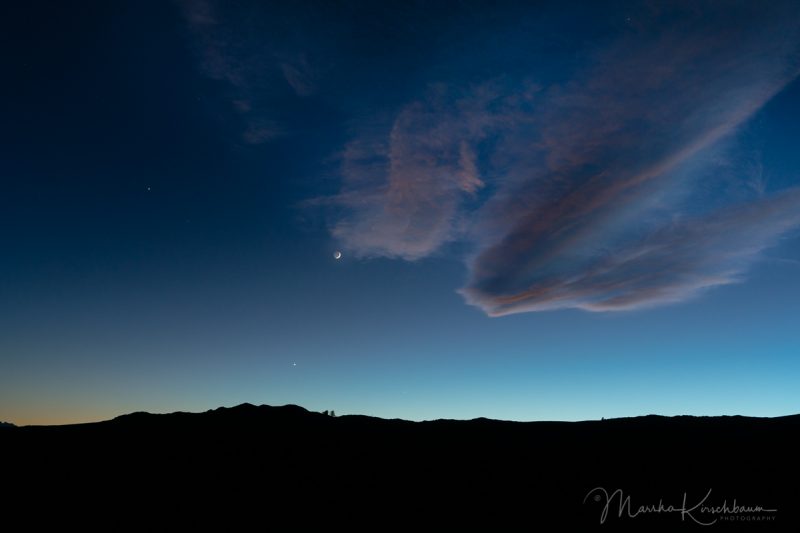 View larger. | Here is last month’s young moon – September 12, 2018 – from Marsha Kirschbaum in California. Jupiter is to the left of the moon; Venus is below. We can see Jupiter near the moon this week; Venus is now nearly buried in the sunset glare as viewed from the Northern Hemisphere. 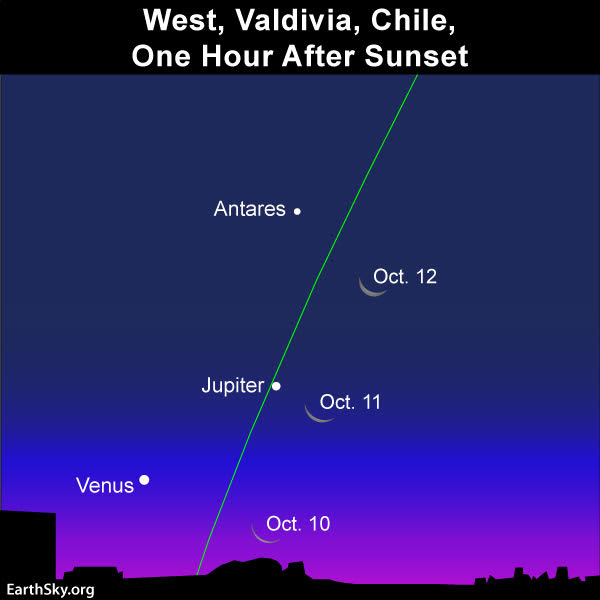 From south of the equator now, it’s spring. The spring ecliptic (green line on our chart) makes a steep angle with the horizon. In springtime, young moons and planets near the sunset are much easier to spot. So Southern Hemisphere observers likely will see the moon on October 10, and they’ll also spot Venus, now heading into the sunset glare. 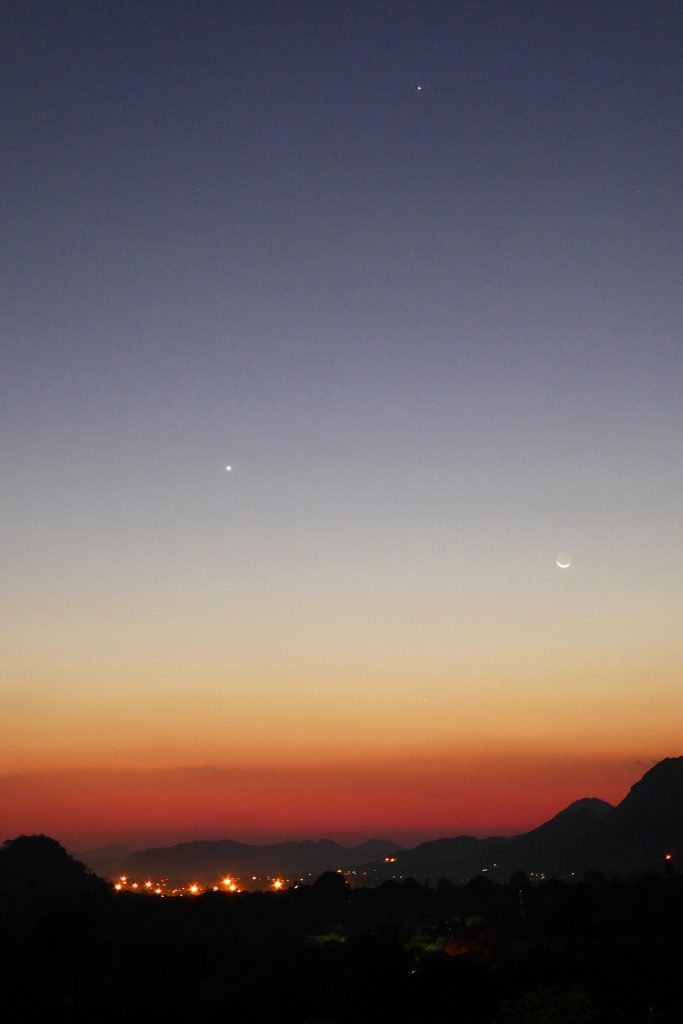 The Southern Hemisphere has the great big advantage for catching the planets Mercury, Venus and Jupiter after sunset in October 2018. On October 10, 2018, Peter Lowenstein of Zimbabwe caught the sky’s two brightest planets, Venus and Jupiter, with Venus being the lower and brighter of the two. Look very closely and you might even catch Mercury to the lower left of the moon. Thank you Peter! 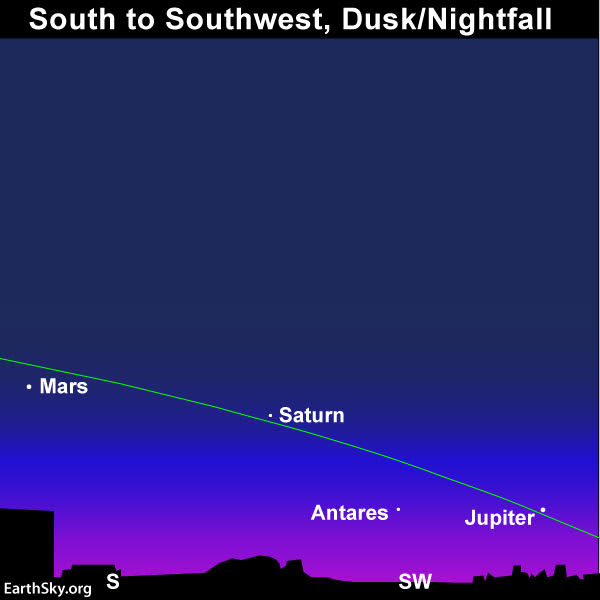 In October 2018, at dusk and/or nightfall, watch for Mars to appear in the southern sky, Jupiter in the southwest, and Saturn roughly midway between.