Venus is brighter around February 16-17, 2017 than at any other time during its ongoing, approximate, 9.6-month reign in the evening sky. 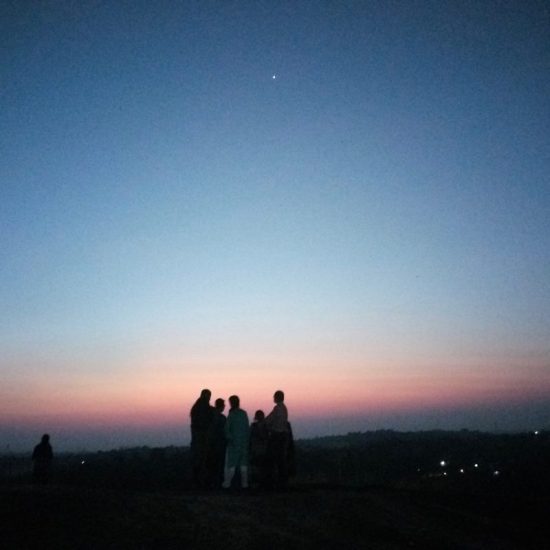 Praveen Titus in India wrote on February 12, 2017: “This is Venus caught in the dusk at a massive rock near the city of Trivandrum. As I was descending I found these people standing there right under Venus with the twilight in the horizon.”

Praveen Titus in India captured the photo at top on February 12, 2017. He wrote:

This is Venus caught in the dusk at a massive rock near the city of Trivandrum. As I was descending I found these people standing there right under Venus with the twilight in the horizon.

If you look for Venus in the west after sunset, you might notice another planet near it. That planet is Mars: 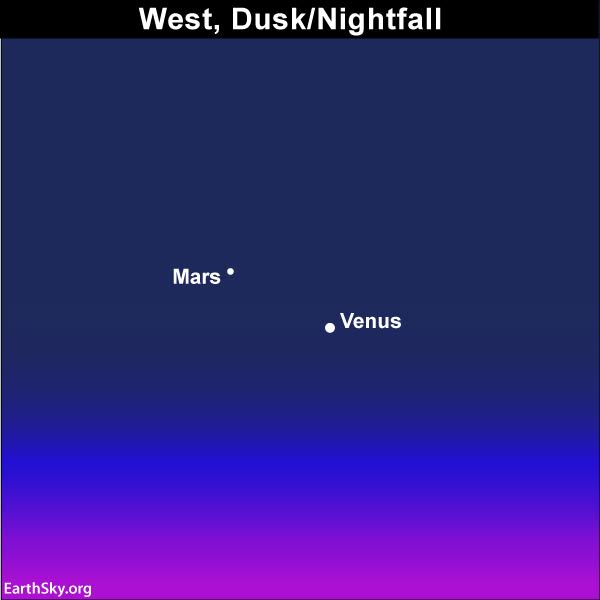 Surprisingly, perhaps, Venus is actually at its brightest on February 18, about one and one-third days after reaching its greatest illuminated extent. Our friend, Guy Ottewell, explains why the two events don’t quite coincide in his recent post on Valentine’s Day.

Plus Mars is still near Venus in the west after sunset. Amazing evening sky! Watch for these two worlds. 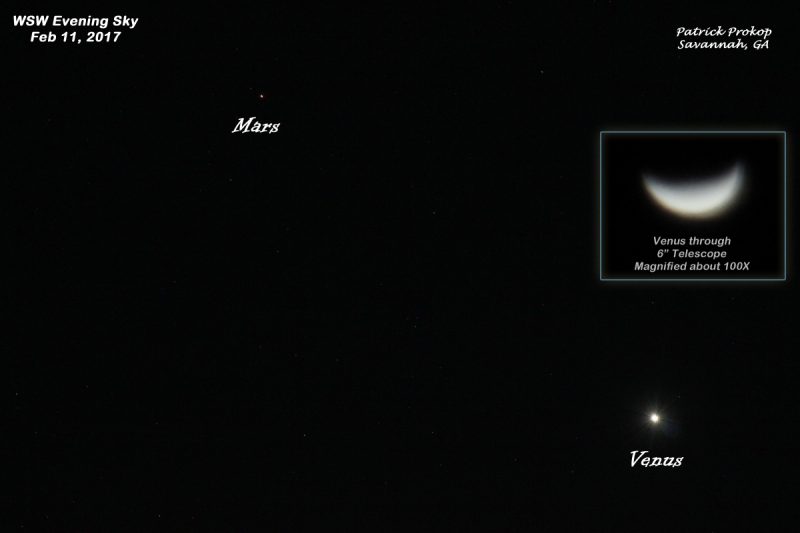 Venus and Mars on February 11, 2017 as captured from Savannah, Georgia by Patrick Prokop. He wrote: “Venus continues to wane to a crescent as the planet grows in apparent size.”

Why is Venus so bright now? You might think Venus appears most brilliant when we see its disk as most fully illuminated from Earth. Not so. If you were to observe Venus with the telescope at its greatest illuminated extent, you’d see that Venus’ disk is only a touch more than one-quarter illuminated by sunshine.

A full Venus is always on the far side of the sun from us, so its disk size at full phase is always small.

It’s only when we see Venus as a crescent that this world comes close enough to us to exhibit its greatest illuminated extent, at which time its daytime side covers the greatest area of sky. 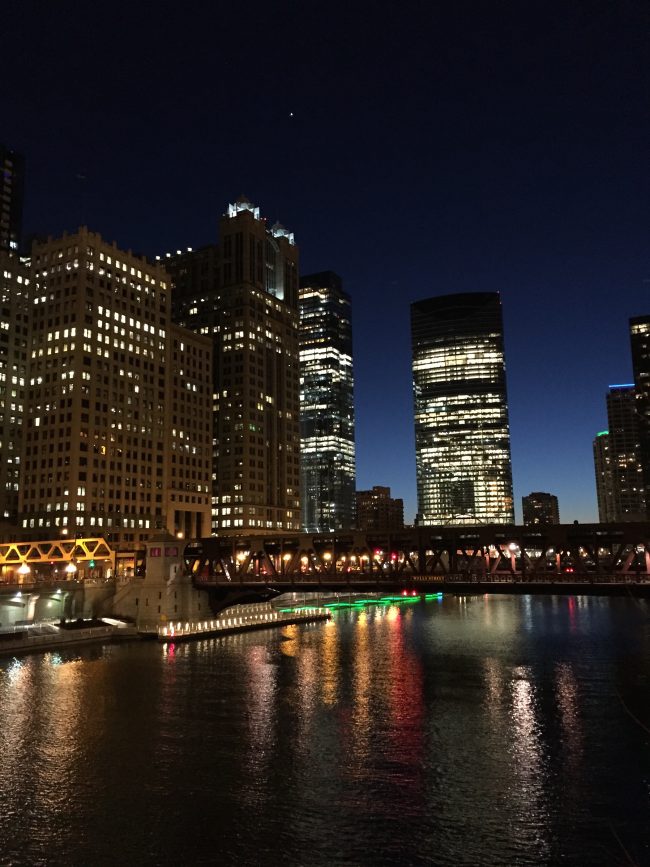 Venus over Chicago on February 3, 2017, by Jake Gantz. The planet is so bright that it can be seen in the west after sunset, from inside major cities.

Interesting to know an exact time … but no matter where you live on Earth, Venus appears in your western evening sky after sunset.

Venus last transitioned from the morning to evening sky when it swung directly behind the sun from Earth (superior conjunction) on June 6, 2016. Venus reached its greatest eastern (evening) elongation from the sun on January 12, 2017. It will swing between the Earth and sun (inferior conjunction) on March 25 and thereby enter the morning sky. It will reach its greatest western (morning) elongation from the sun on June 3, 2017.

Venus won’t pass precisely between us and the sun on March 25. If it did, Venus would transit the sun, as it did in June of 2012. This time, Venus will swing 8o north of the sun. That means sky gazers in the Northern Hemisphere have a good shot at viewing Venus in both the evening and morning sky for several days around Venus March 25 inferior conjunction!

Venus exhibits its greatest illuminated extent about 36 days before – and after – inferior conjunction. Through the telescope, Venus appears about 25% illuminated in sunshine at these times.

Let the golden triangle help you to remember these Venus’ milestones. The two base angles equal 72o and the apex angle equals 36o. Quite by coincidence, Venus’ greatest elongations happen 72 days before and after inferior conjunction, and Venus’ greatest illuminated extent happens 36 days before and after inferior conjunction. (See above diagram of Venus’ and Earth’s orbits.)

The Golden Triangle, with the apex angle = 36o and base angles = 72o

Bottom line: Enjoy Venus at greatest brilliancy around February 16-17, 2017. Even though this world is only about one-quarter illuminated in sunshine right now, as seen from Earth, Venus is nonetheless shining at its brightest best in the evening sky! Plus, Mars is nearby. Both can be found in the west after sunset.