The new moon will take a bite out of the solar disk to stage a partial eclipse of the sun on February 15, 2018.

The new moon will take a bite out of the solar disk to stage a partial eclipse of the sun on February 15, 2018. This eclipse is visible from southern South America (Chile, Argentina, Uruguay, far-southern Brazil and far-southern Paraguay), Antarctica, and the far-southern extremities of the South Pacific and South Atlantic oceans. If you’re in a position to watch this eclipse, remember to use proper eye protection.

On a worldwide scale, the partial eclipse of the sun starts at sunrise over the South Pacific Ocean, and then the moon’s penumbral shadow moves eastward across the globe, to finally end at sunset nearly four hours later over the South Atlantic Ocean.

The animation and map below help illustrate the February 15 eclipse path. In the animation, every place within the moving gray shadow can see varying degrees of a partial solar eclipse.

The animation helps illustrate this eclipse, whereby every place within the gray shadow can see varying degrees of a partial solar eclipse.

You can find out local standard times of the eclipse for many localities at EclipseWise.com (or, if applicable, the local summer times) at TimeandDate.com. 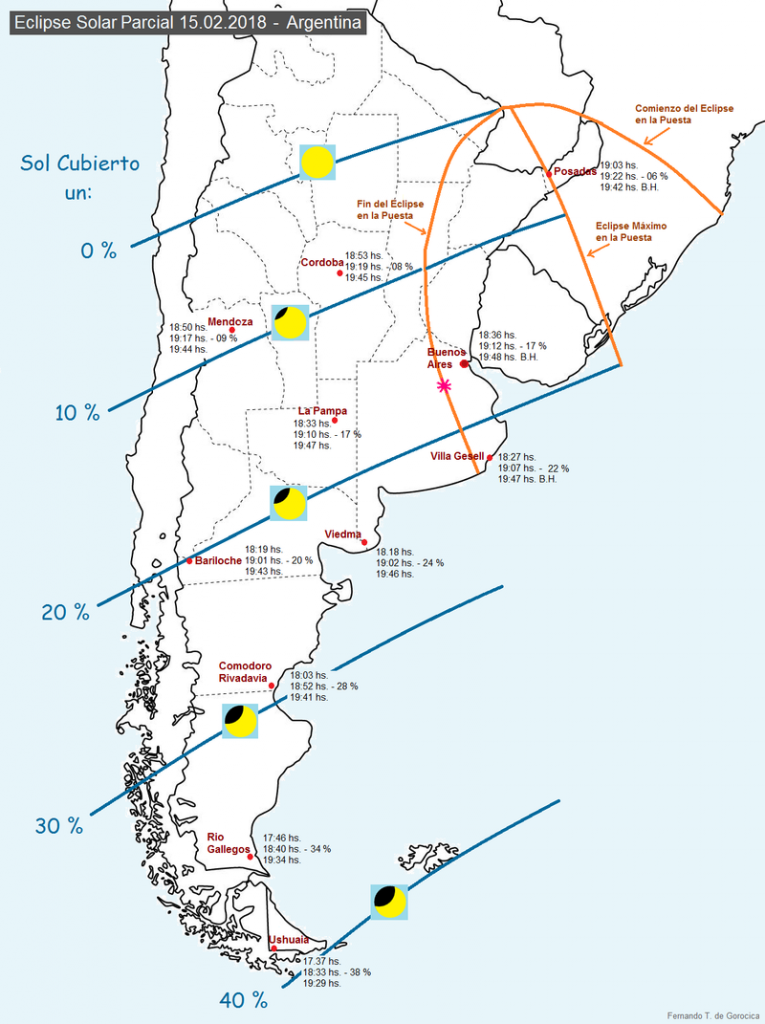 Click on this Google map to find out the eclipse times in Universal Time. Remember, you must convert Universal Time to your local time. Here’s how.

Although the moon can only eclipse the sun at new moon, the new moon more often than not swings to the north or south of the solar disk – meaning no solar eclipse.

This month, on February 15, 2018, the new moon doesn’t line up well enough with the sun to give us a total solar eclipse. The moon clips the southern part of the solar disk, so it’s only a partial solar eclipse for the far southern regions in the Southern Hemisphere. 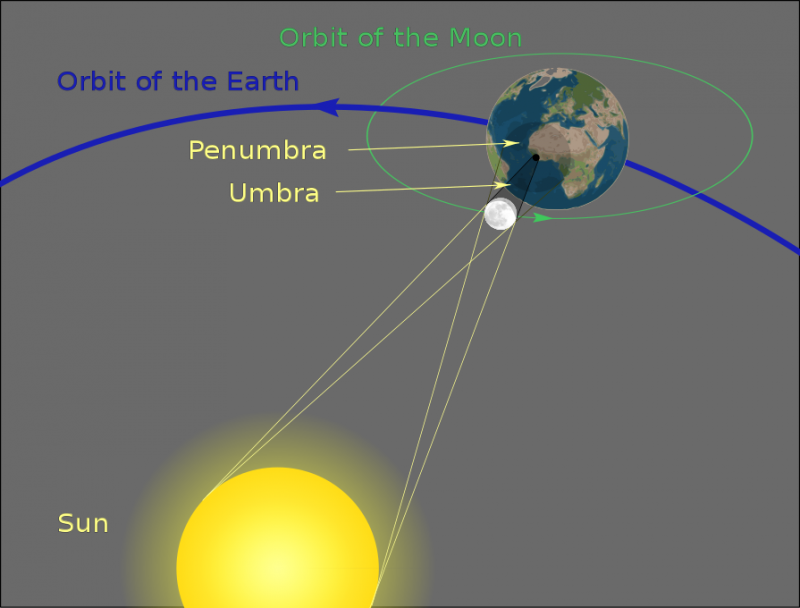