Betelgeuse’s red color indicates a star well into the autumn of its years. In fact, the star is a magnificently rare red supergiant.

Tonight, look for ruddy-hued Betelgeuse, one of the sky’s most famous stars. Kids especially like Betelgeuse, because its name sounds so much like beetle juice. The movie by that same name perpetuated this pronunciation.

But astronomers pronounce it differently. We say BET-el-jews.

People have described this star as somber or sometimes even grandfatherly. That may be because of Betelgeuse’s ruddy complexion, which, as a matter of fact, indicates that this star is well into the autumn of its years. 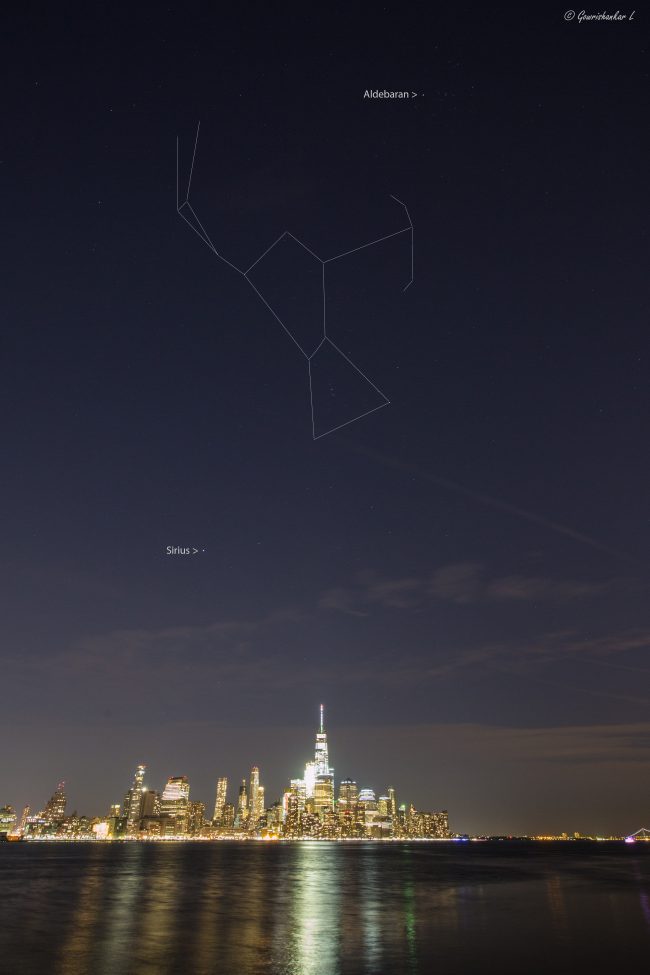 A wide view of Orion and nearby stars Aldebaran and Sirius, from Gowrishankar-Lakshminarayanan, shooting at the Hoboken waterfront in New Jersey, February 18, 2017.

Betelgeuse is no ordinary red star. It’s a magnificently rare red supergiant. According to Professor Jim Kaler – whose website Stars you should check out – there might be only one red supergiant star like Betelgeuse for every million or so stars in our Milky Way galaxy.

At this time of year, Betelgeuse’s constellation – Orion the Hunter – ascends to its highest point in the heavens around 8 to 9 p.m. local time – that’s the time on your clock no matter where you are on the globe – with the Hunter symbolically reaching the height of his powers.

As night passes – with Earth turning eastward under the stars – Orion has his inevitable fall, shifting lower in the sky by late evening.

Orion slowly heads westward throughout the late evening hours and plunges beneath the western horizon in the wee hours after midnight. 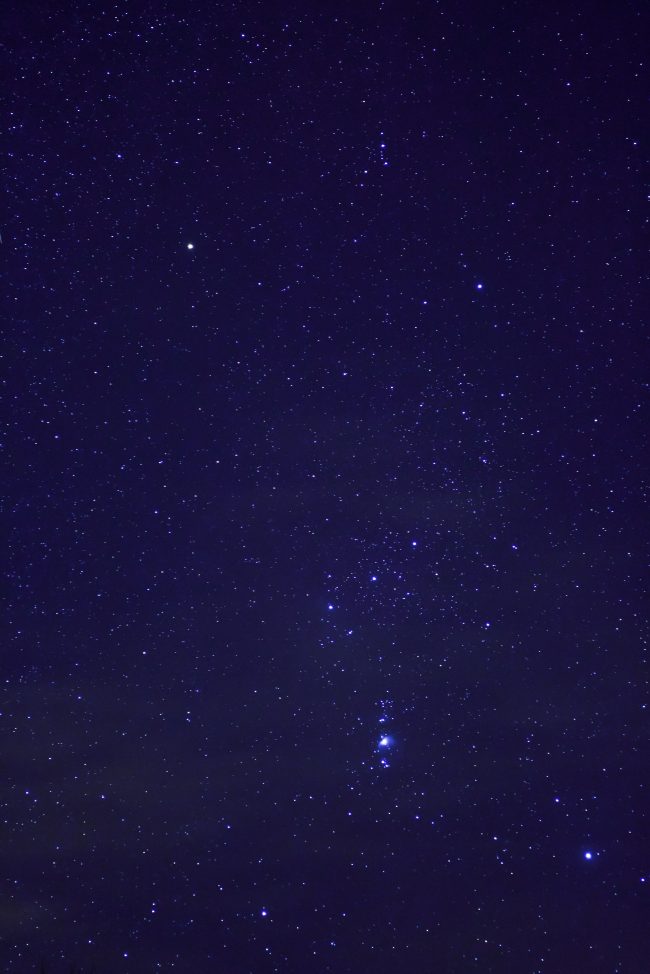 Patrice Duffy caught this view of Orion on February 14, 2017. Notice the fuzzy object in Orion’s Sword? The Sword is hanging from the 3 stars in a row, which represent Orion’s Belt. That fuzzy object is the Orion Nebula, and you can see it with binoculars, if you have a dark sky. 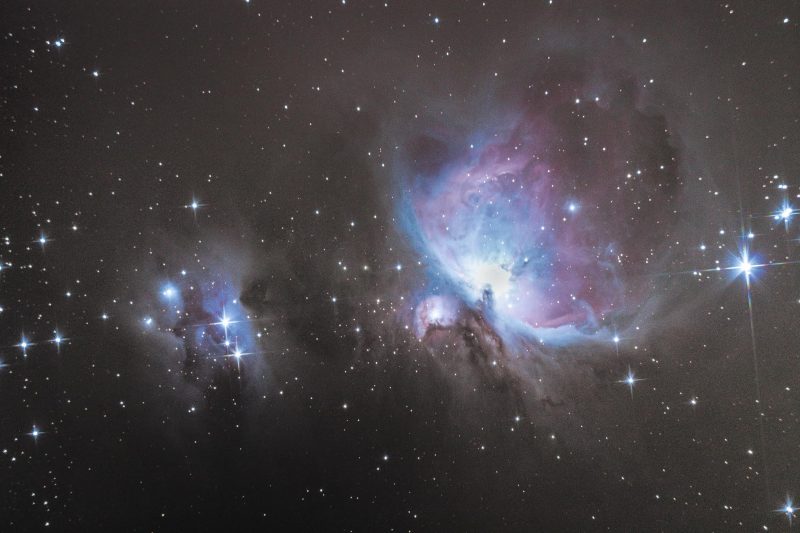 Orion Nebula, as seen through a telescope, captured by Greg Hogan in Kathleen, Georgia, on February 15, 2017.

More on Betelgeuse: Will it explode someday?