Starting at sunset on June 5 and 6, Muslims around the world will be looking for the young crescent moon to return to the evening sky. 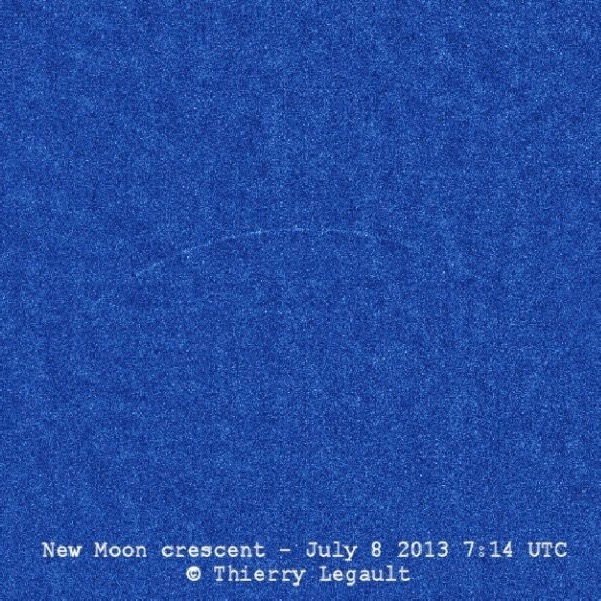 The UAE Ramadan Moon Sighting Committee in the United Arab Emirates has announced that Ramadan in UAE for the Hijri year 1437 will begin tomorrow (June 6, 2016). Read more from Emirates 24/7 News.

Tonight – June 5, 2016 – starting at sunset, Muslims around the world will be looking for the new crescent moon, or young crescent to return to the evening sky. Its sighting ushers in the Holy Month of Ramadan, 9th month of the Islamic year. This month’s new moon falls on June 5 at 0300 UTC. On the evening of June 5, a whisker-thin waxing crescent moon will sit very low in the sky at sunset, to follow the sun beneath the horizon very soon after sundown.

Thus the young moon’s sighting – which marks the start of Ramadan – is by no means assured on June 5, but undoubtedly, the young evening crescent will be seen no later than June 6. Click here for an update on the search for the young crescent moon.

The image at the top of this post shows the youngest possible moon – a moon at the instant of new moon – acquired in 2013 by astrophotographer Thierry Legalt. Read more about this image.

Read more: What’s the youngest moon you can see with your eye alone? 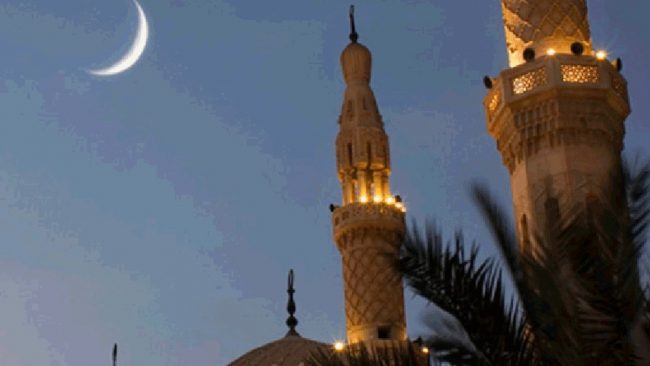 Ramadan, the month of fasting from dawn until sunset, continues until the appearance of next month’s young crescent moon.

It’s our understanding that the month of Ramadan can start on different dates, depending upon one’s geographical location.

For instance, you have a better chance of catching the young moon after sunset on June 5 from South America than from most other places worldwide, such as in North America, Europe, Africa, the Middle East, Asia, Indonesia, Australia and New Zealand.

Click here for a recommended almanac, which can tell you when the sun and moon set in your sky. 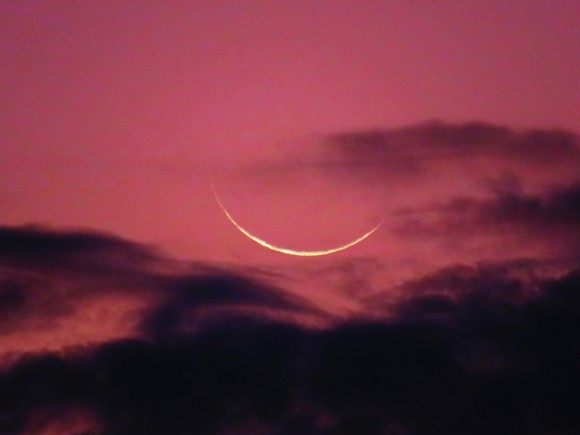 Helio de Carvalho Vital saw a very young waxing crescent moon from Rio de Janeiro, Brazil, in 2015 He wrote to EarthSky: “Hovering amidst the clouds there it was, only 1.8% illuminated. The very thin lunar crescent stood out like a precious jewel, beautifully.”

The Islamic calendar is strictly lunar. The lunar month represents the time between successive new crescent moons: 29 to 30 days. The lunar year, consisting of 12 lunar months, totals 354 or 355 days. That’s roughly 11 days shorter than the seasonal year on which our Gregorian calendar is based.

Because of this difference between lunar and seasonal reckoning, the date of Ramadan comes about 11 days earlier every year. Not a fixture of any particular season, Ramadan backtracks through all 12 calendar months in cycles of thirty-three years. 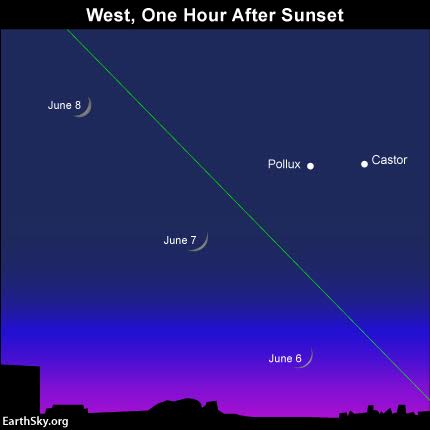 In North America, we’re expecting the moon to first appear in the western sky after sunset on June 6, 2016. The green line depicts the ecliptic – Earth’s orbital plane projected onto the sky’s dome.

Bottom line: The young moon’s sighting – which marks the start of Ramadan – will happen after sunset June 5 or 6.