Peek at moon’s far side on February 20

Of course, the far side of the moon stays hidden from Earth, for the most part. But lunar libration brings a bit of the usually-hidden western limb of the moon into view tonight. 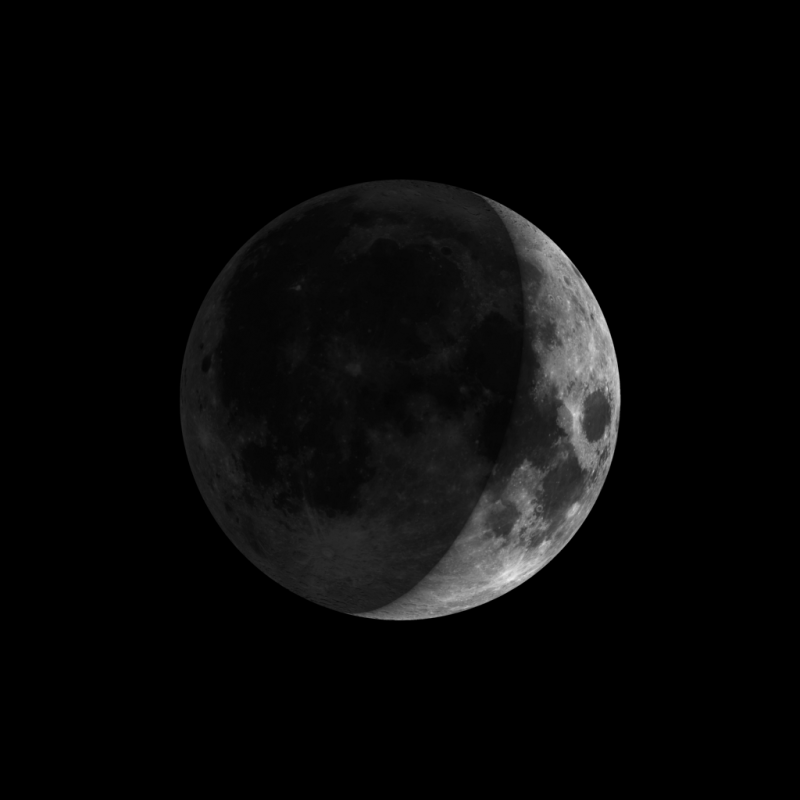 Image at top: A simulation of tonight’s moon via U.S. Naval Observatory

Tonight – February 20, 2018 – the western limb, or edge, of the moon is most exposed to Earth for this month. In other words, today marks the time of this month when you can see a bit of the moon’s far side.

Why? It’s common knowledge that our moon has a nearside and a farside. One half of the moon always faces Earth, and one half always points away. Does this mean we can only see 50% of the moon’s surface from Earth? No.

In fact – although we can see only about 50% of the moon at any one time, diligent observers can view up to 59% of the lunar terrain, given enough viewing time. That’s because of a slight north-south rocking and east-west wobbling of the moon known as lunar libration.

Simulated views of the moon over one month, demonstrating librations in latitude and longitude. These rocking and wobbling motions as seen from Earth enable us to see 59% of the moon’s surface over time. Image via Tomruen.

Confused? Maybe the map of the moon below can help to clarify. 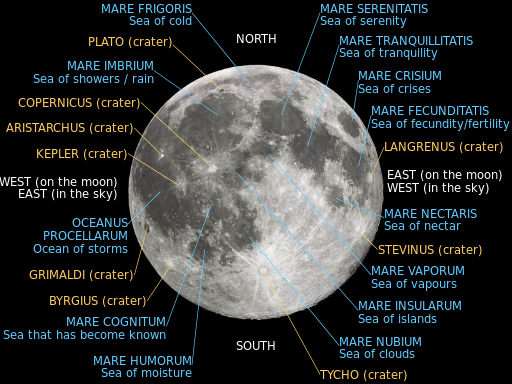 On this map of the moon, if you place lunar north at top, then the moon’s east limb is to your right and its west limb to your left. Image via Wikipedia.

The lunar terminator – the shadow line dividing day from night on the moon – shows you where it’s sunrise on a waxing moon, like the one you’ll see tonight. So maybe you can see that – while the lit side of tonight’s evening crescent points west (sunset direction) for us Earthlings – it points in the direction of the rising sun (east) on the moon.

This east-west reversal between the moon and Earth’s sky is a bit mind-boggling. But, whether it makes sense to you or not, suffice it to say that the nighttime edge of any evening crescent outlines the west limb of the moon.

On February 20, 2018, the west limb of the moon is covered over by the lunar nighttime. But you might – or might not – discern the earthshine softly illuminating the lunar night on this date, with either the unaided eye or an optical aid. This earthshine, really sunlight reflected from Earth, can help you see the moon’s west limb. 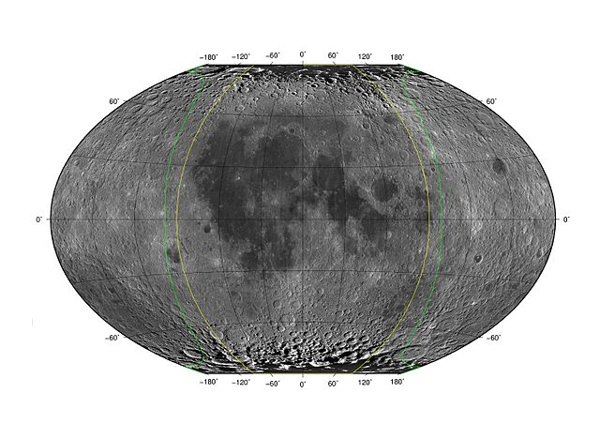 Tonight – February 20, 2018 – enjoy the waxing crescent moon as its western side maximally shifts a tiny portion of the moon’s back side toward Earth.