Did you see the very young waxing crescent moon on November 30? It’ll be easier to see on December 1, low in the west after sunset, below a very bright object … Venus! 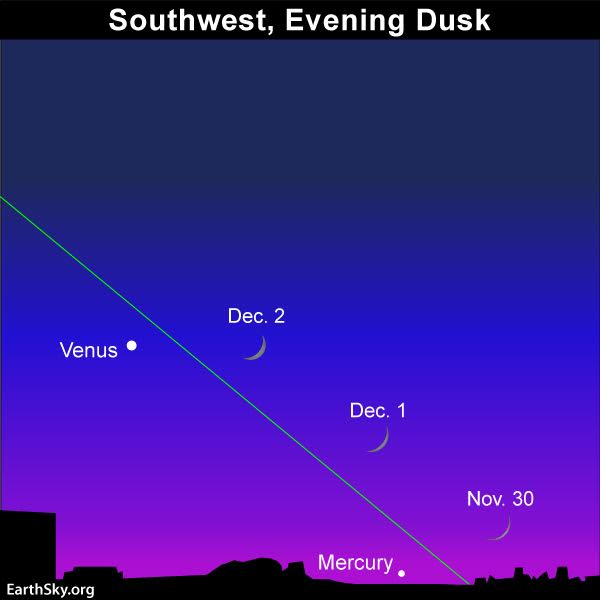 Tonight – December 1, 2016 – look outside shortly after the sun goes down. In the sunset direction, not high in the western sky, you’ll find the sky’s two brightest nighttime objects, Earth’s companion moon and the planet Venus. They’ll be a beautiful sight as night is falling.

The moon is now in a waxing crescent phase, and it’s moving up, away from the sunset, preparing to sweep closest to Venus on Friday, December 2.

Afterwards, the waxing moon will continue to climb up higher in the evening twilight – moving farther each evening from the sunset glare as it goes in its orbit around Earth – and by December 4, the moon will be close to Mars on the sky’s dome.

On the night of November 30, the moon was a very thin crescent, in the sky only shortly after sunset. Some people around the world saw and photographed it! A few photos of last night’s evening sky, below. 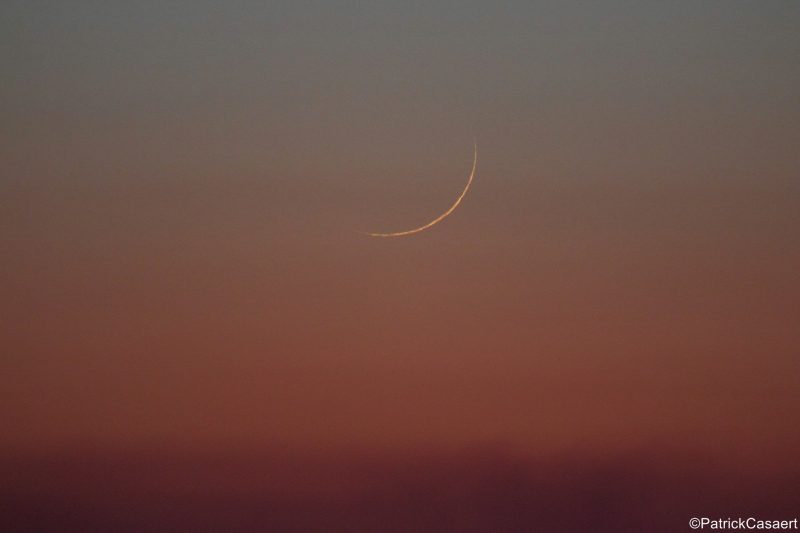 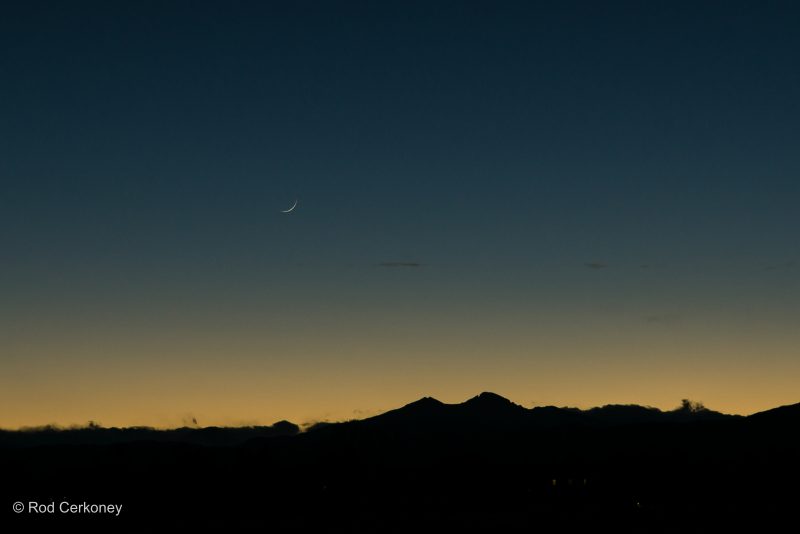 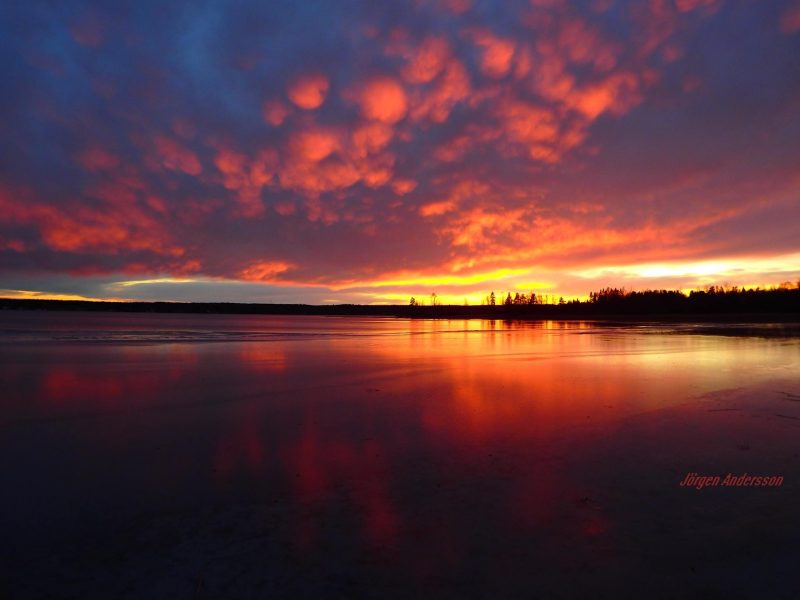 Jörgen Norrland Andersson in Sweden couldn’t see the November 30 moon due to clouds … but what beautiful clouds! Last sunset of November 2016. 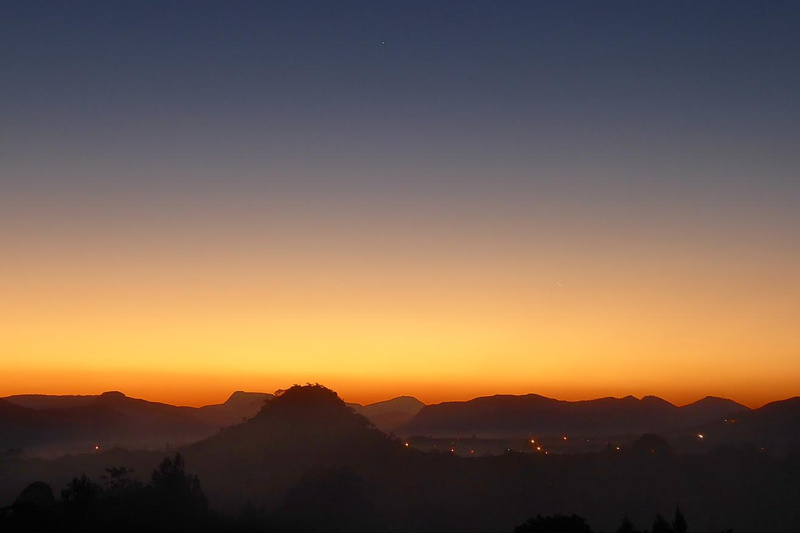 View larger. Peter Lowenstein, who took this photo on November 30, 2016, told us, “Managed to take this photograph of both Mercury and the New Moon over Chikanga Township, Mutare, Zimbabwe, despite the bright glare of a fading sunset twilight arch. You will need to look carefully to make out the small very thin crescent, center right. It was not immediately visible to the naked eye and only appears in one of several images taken about half an hour after the sun had set.” 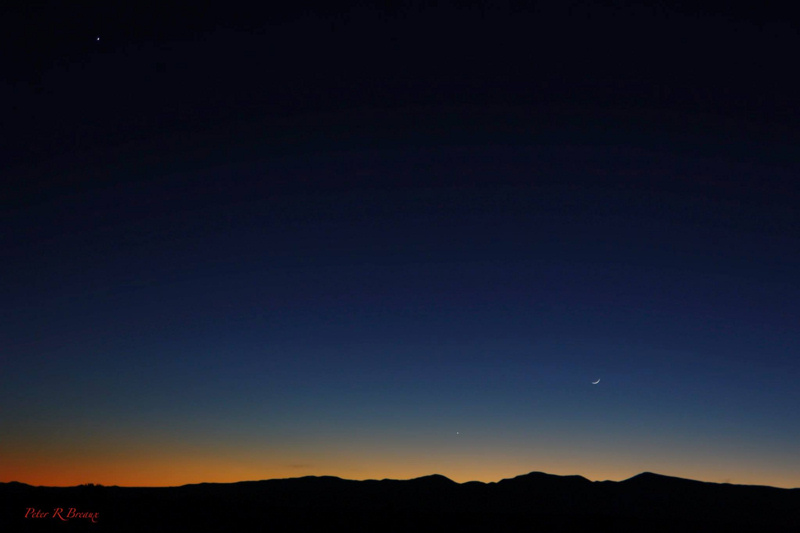 View larger. Congratulations to Peter Rodney Breaux of New Mexico who caught the slender waxing crescent moon, plus the planets Mercury and Venus after sunset November 30, 2016! Mercury shines to the lower left of the moon while Venus beams at the top left. 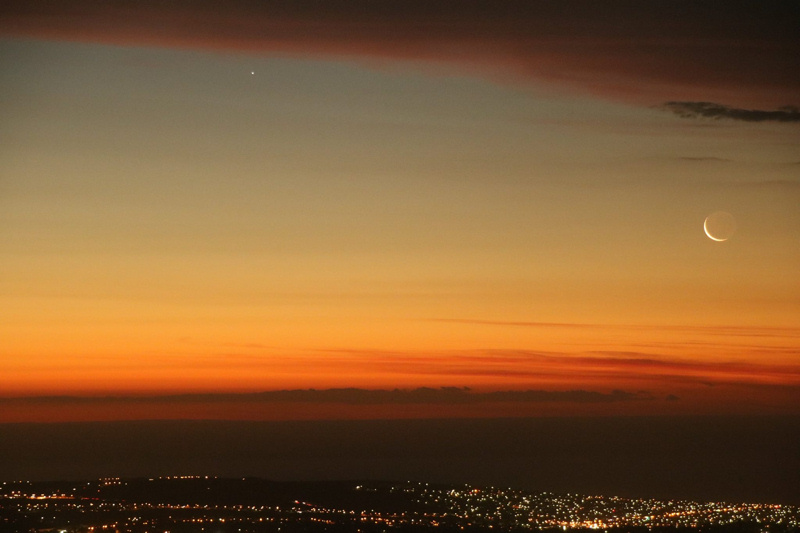 View larger. Padraic Koen took this photo of the waxing crescent moon and the planet Mercury after sunset December 1, 2016 ( 9:22 PM local Central Australia Daylight Saving Time) from the top of Mount Lofty outside of Adelaide, South Australia. Look for Mercury to the upper left of the moon, just beneath the cloud.

Bottom line: On December 1, 2016, the waxing moon has moved higher in the evening west sky away from the sunset. It’s edged closer to the very bright planet, Venus.