Moon, Venus and Mars after sunset

The dazzling “star” near the waxing moon on January 1, 2 and 3, 2017 is Venus. Mars is also along a line between the sunset location on your horizon and the moon and Venus in your sky. 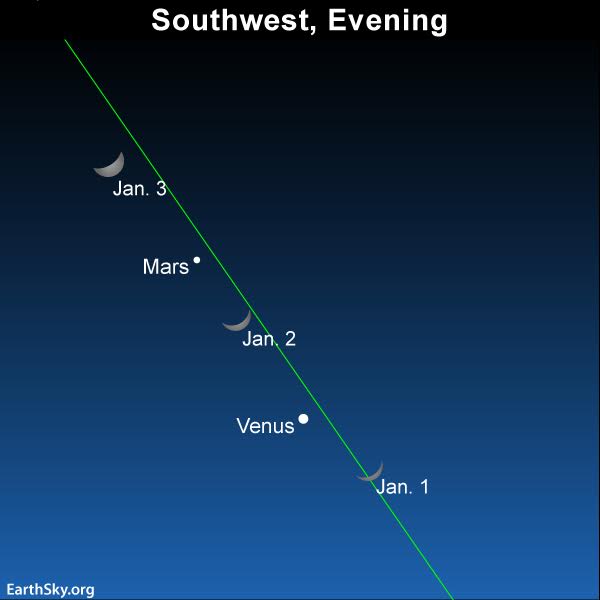 For the next few evenings – January 1, 2 and 3, 2017 – watch for the moon to sweep past the bright planets Venus and Mars. The moon and Venus are the brightest and second-brightest orbs of nighttime, respectively. Simply look for the waxing crescent moon. That nearby dazzling “star” is Venus. Mars is a short hop above tonight’s moon and Venus, along a line leading up from the sunset point.

Venus is some 100 times brighter than Mars! But you can notice Mars’ distinctly reddish color.

Venus, the second planet outward from the sun, is the planet in our solar system that’s most like Earth in size and mass. It’s just a touch smaller and less massive than Earth. Meanwhile, Earth is more like Mars than any other planet in the solar system. A day on Mars, as measured from noon to noon, lasts only a slight bit longer than one day on Earth: 24.7 hours versus 24 hours for Earth. Also, the tilt of Mars’ rotational axis is almost same as Earth’s: 25.2o versus 23.4o.

Earth, the third planet outward from the sun, orbits the sun outside of Venus’ orbit and inside of Mars’ orbit. In the parlance of astronomers, that makes Venus an inferior planet and Mars a superior planet.

By the way, another planet, Neptune, is in this same part of the sky, but it’s faint and requires optical aid to be seen. Some recent photos, below. 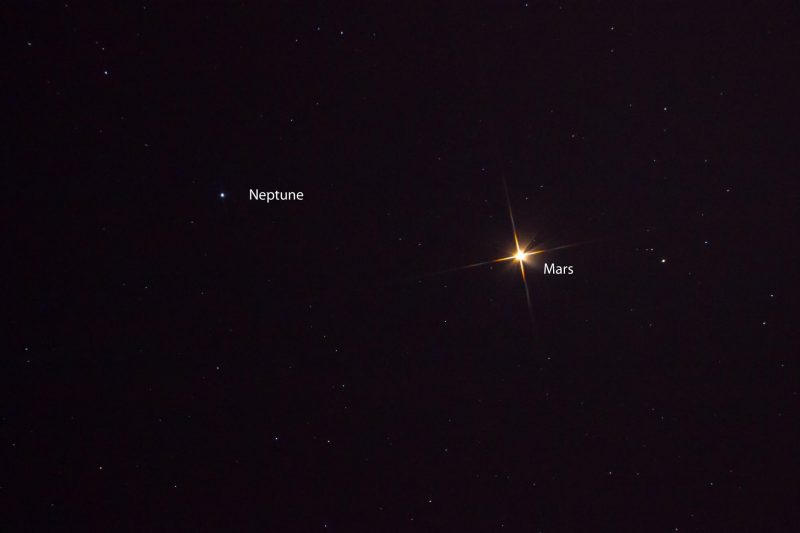 You need optical aid to see Neptune, but it’s up there, too, in the same part of the sky as Mars and Venus. Greg Hogan caught this beautiful shot on December 30, 2016. 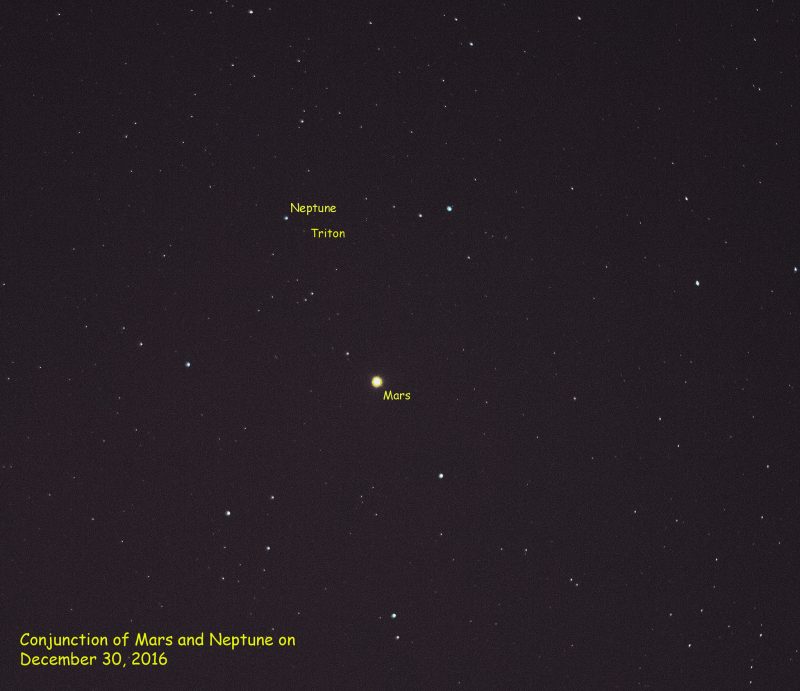 Bottom line: Shortly after sunset on January 1, 2 and 3, 2017, let the waxing crescent moon guide your eye to the planets Venus and Mars. They’ll be in the sunset direction.