The waning gibbous moon and Uranus, 7th planet outward from the sun, float in front of the delicate constellation Pisces the Fishes on September 8. 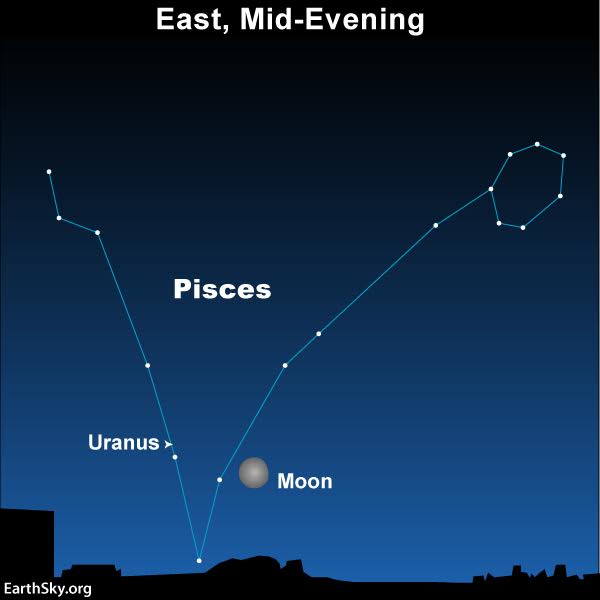 Tonight – September 8, 2017 – the waning gibbous moon and Uranus, the seventh planet outward from the sun, are near each other on the sky’s dome, in front of the constellation Pisces the Fishes. Although Uranus will remain within Pisces’ borders for the rest of this year, the moon will leave Pisces after a day or two. Around the world, the moon and Uranus will rise over the eastern horizon by around mid-evening, though you can find out a more specific time from an astronomical almanac.

With the moon so bright and so close to Uranus on the sky’s dome, you’re not likely to glimpse Uranus with the unaided eye. But keep reading. We give you an idea of its location, and links to detailed charts, in this post. 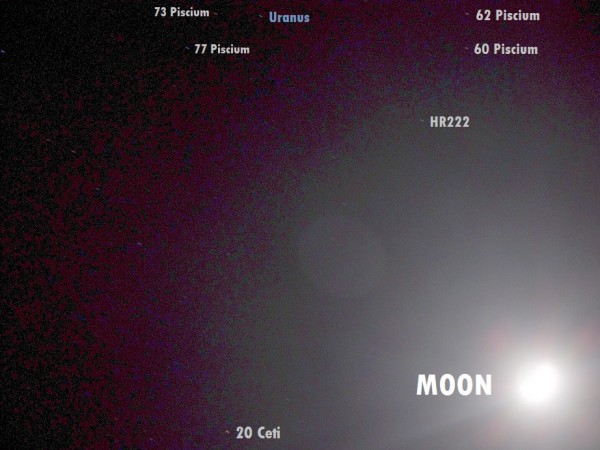 View larger. | José Luis Ruiz Gómez in Almería, Spain captured Uranus near the moon on January 15, 2016. He wrote: “Why not try?”

Uranus was the first planet to be discovered by the telescope, by William Hershel on March 13, 1781. At a distance of about 19 astronomical units from Earth at present, this world is pretty easy to see through binoculars – if you know exactly where to look.

People with good vision – and good charts (scroll to bottom of page) – can see Uranus with the unaided eye on dark, moonless nights. 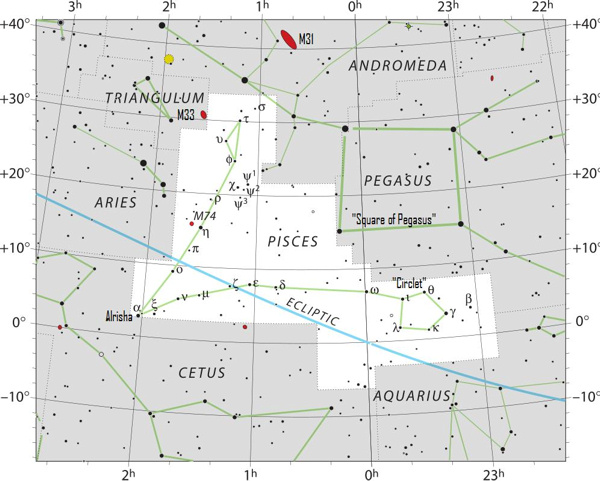 First find the signpost known as the Great Square of Pegasus. That’s your jumping off spot for finding Pisces’ place in the great celestial sea. Click here for a larger chart.

Bottom line: The moon and the planet Uranus both reside in front of the constellation Pisces the Fishes on September 8, 2017.