The waxing moon is back in the evening sky for all of us around the globe. This weekend, it serves as your guide to the planet Saturn. Later at night, watch for the North Taurid meteor shower. 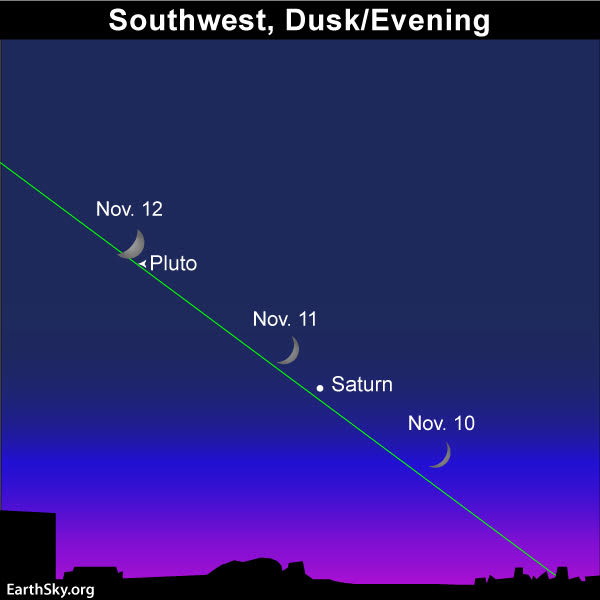 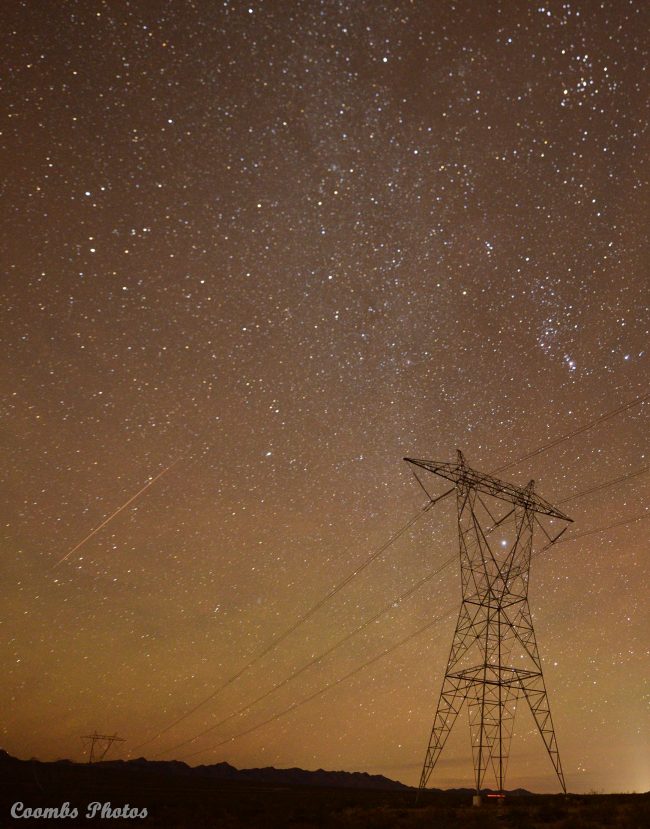 Joel Coombs captured this Taurid meteor on the night of November 3, 2018, from a site south of Las Vegas, Nevada. 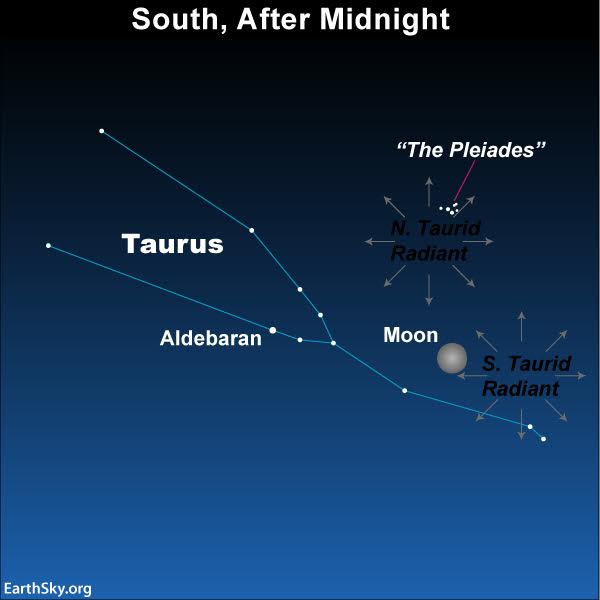 As Mars sits low in the west, look for the radiant of the Taurid shower to climb highest up in the sky. If you trace all the Taurid meteors backward, you’d see that these meteors appear to come from the constellation Taurus the Bull.