Look for Saturn near the moon on September 26. Would Saturn really float on water? Facts here. 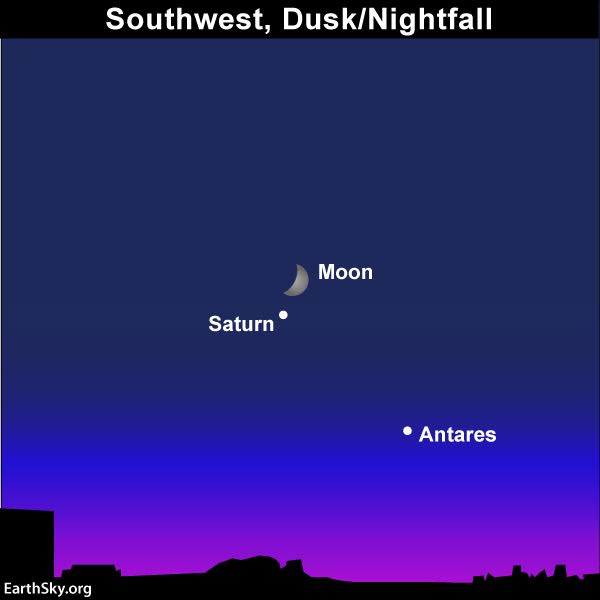 Tonight – September 26, 2017 – as soon as darkness falls, no matter where you are on Earth, look for the waxing crescent moon. The bright golden light near it will be the planet Saturn. The moon and Saturn will sink downward toward the sunset point as evening deepens. As seen from across the globe, they’ll set beneath your horizon by mid-evening. In other words, your best view of the moon and Saturn happens at nightfall, while the two beam highest in the sky.

Nightfall also presents the best time to view Saturn’s gorgeous rings, so if you have a small telescope, bring it on out!

It’s often said that Saturn would float in water – that is, if you could find an ocean of water that’s wide enough and deep enough to contain it. Why do people say this? It’s because Saturn – 6th planet outward from our sun – has a very low density, lowest of all the planets in our solar system. Saturn is the only planet in our solar system that’s less dense than water, having about 70% its density. 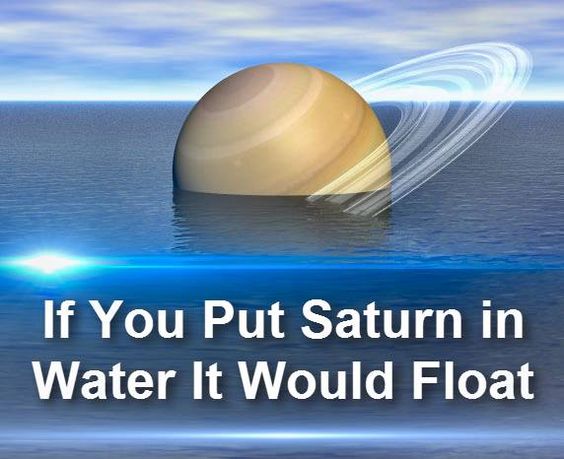 So, yes, in theory, Saturn would float on water. On the other hand, it’s also been argued that Saturn would break apart and its core would sink in any ocean large enough to hold it!

By the way, do you know which planet of our solar system is the most dense? It’s our planet Earth, with over 5 times the density of water.

The 4 inner terrestrial planets from left to right: Mercury, Venus, Earth and Mars. The most dense planet? Ta-da! It’s Earth, with about 5 times the density of water. Sizes to scale. Image via NASA. 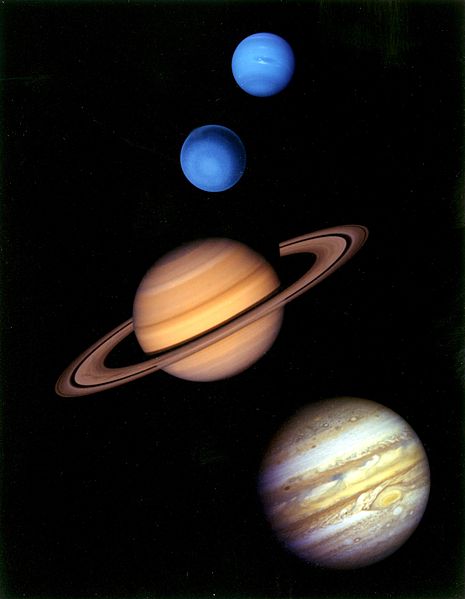 Saturn is one of the 4 outer planets. All are gaseous planets, and not as dense as the inner, rocky planets like Earth, but Saturn is the least dense. From bottom to top: Jupiter, Saturn, Uranus and Neptune. Sizes approximately to scale within this single illustration, but these are much bigger planets than the inner worlds, like Earth, in the image above this one. Image via NASA.

Bottom line: Around the world tonight – September 26, 2017 – look for the waxing crescent moon to pair up with Saturn, the solar system’s least-dense planet.