Saturn is considered a bright planet, but it’s the faintest of them. Maybe the moon can help you spot it on August 20 or 21. As for Mars, it’s still bright! Don’t miss it. 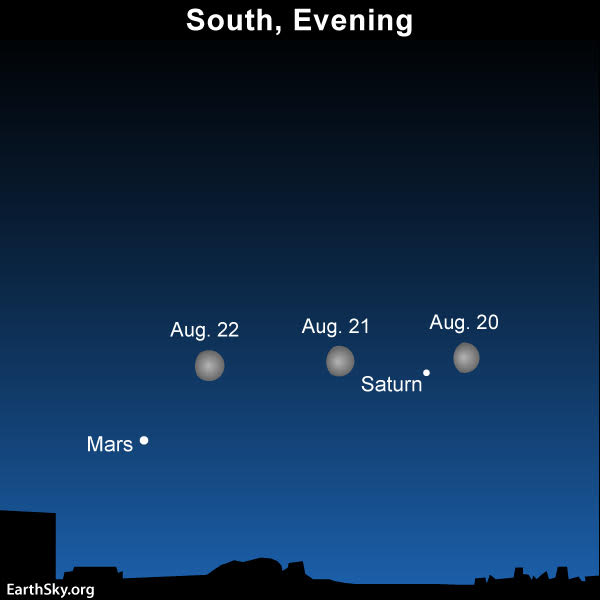 View larger. | Gianluca Masi of the Virtual Telescope Project in Rome, Italy, captured the 4 evening planets and the moon on August 17, 2018. Read more about this image. Gian wrote: “I must say that seeing them was impressive … I hope other people will go out and look at this!” 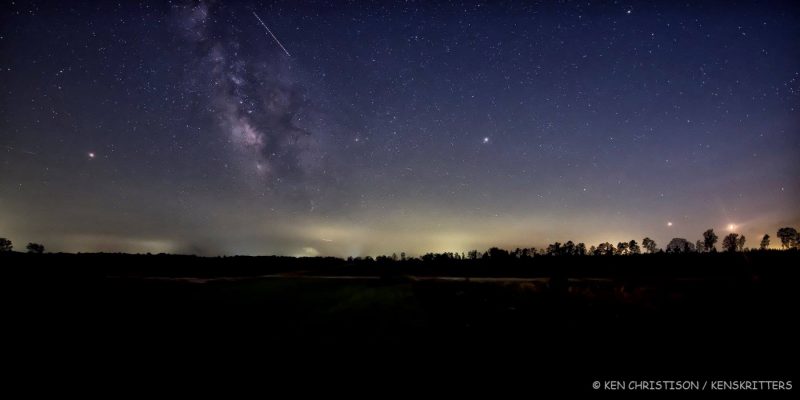 View larger. | Here’s the moon at the beginning of its trek past the 4 planets in the evening sky – on August 13, 2018 – as captured from North Carolina by our friend Ken Christison. Also … notice the meteor in the annual Perseid meteor shower! The planet to the immediate left of the moon in this shot is Venus. On the far left of the photo is Mars. Jupiter is the 3rd brightest planets (above the bright lights on the horizon). Saturn is tougher to see … but it’s there, set against the background of the Milky Way. Also see the photo below.

View larger. | Milky Way and 4 planets in the evening sky. Michael Seeley was in Florida’s Bull Creek Wildlife Management Area when he created this panorama of planets and Milky Way on August 3, 2018. 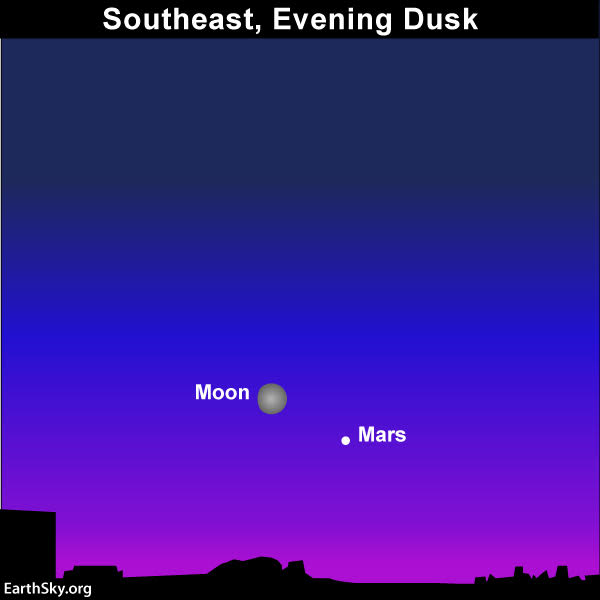 Watch for the moon and Mars on August 23, too. Read more about this image. 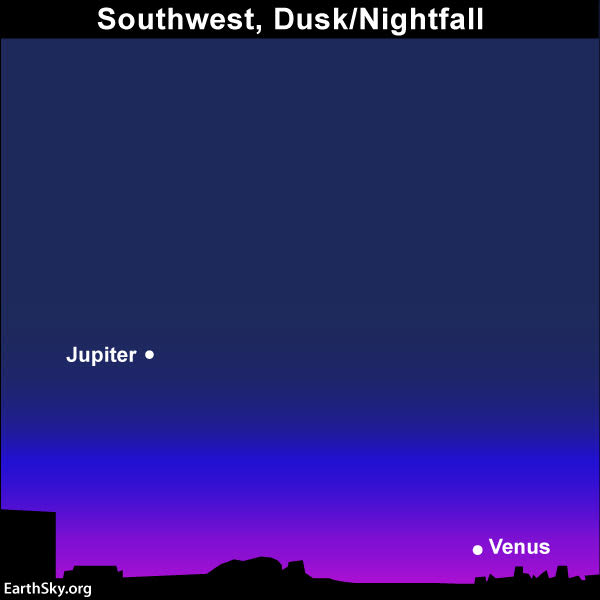