From anywhere on Earth – on the mornings of April 15, 16 and 17 – Saturn will be a bright golden object near the waning gibbous moon. The red star Antares is also nearby. 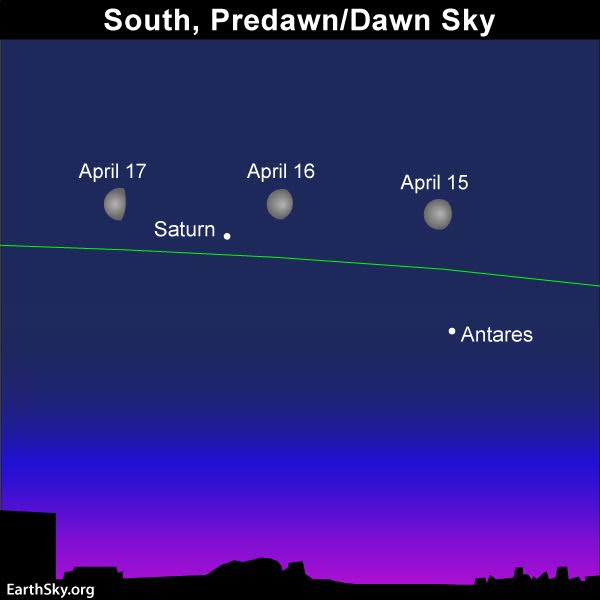 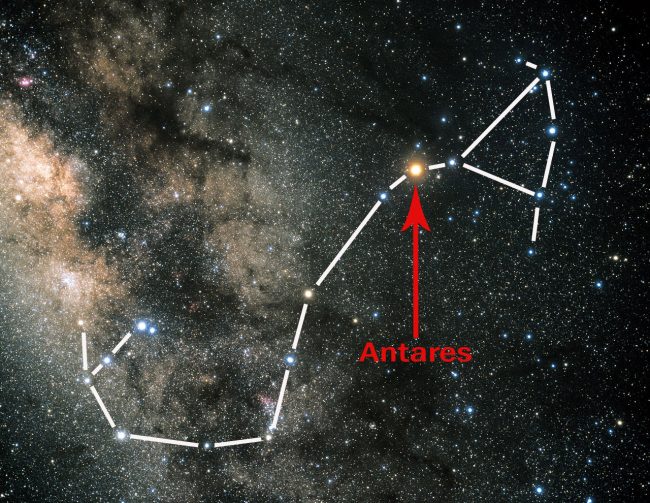 Outline of constellation Scorpius, with red star Antares at the Scorpion’s Heart. Via rondeauprovincialpark