We all can see Aldebaran – brightest star in Taurus the Bull – near tonight’s moon. Those in northeastern North America, Greenland, Iceland and northern Europe can see the moon pass in front of Aldebaran. 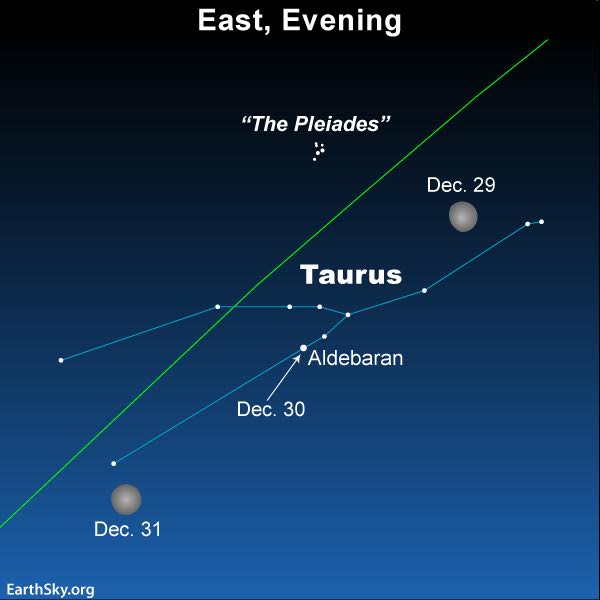 Notice that the chart above shows the moon on December 29 and 31, 2017 but not December 30. We left off the December 30 moon because – on the scale of our chart – the moon was blotting the star Aldebaran from view. In the real sky, most everyone around the world will see the waxing gibbous moon near Aldebaran – the brightest star in the constellation Taurus the Bull – on December 30. For some, the moon will be shining so close to this star on December 30 that you’ll have to look closely to see the star. And, for some, Aldebaran won’t be visible. The moon will, indeed, have blotted this star from view.

To see the moon hide – or, as astronomers say, occult – Aldebaran on the night of December 30, you’ll need to reside at just the right spot on Earth’s globe. How long the occultation will last will depend on your location, too.

Northeastern North America, Greenland, Iceland and northern Europe are all in a fine position to observe this lunar occultation of Aldebaran on the night of December 30. 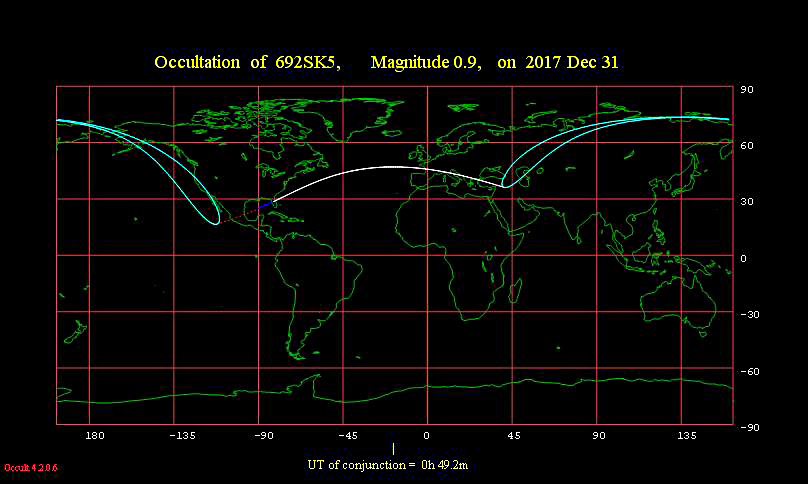 The moon disappears behind the moon’s dark side and then reappears on its illuminated side. But tonight’s moon is so close to being full that you might not even discern its very narrow sliver of darkness.

For you convenience, we give the occultation times in local time for various localities: 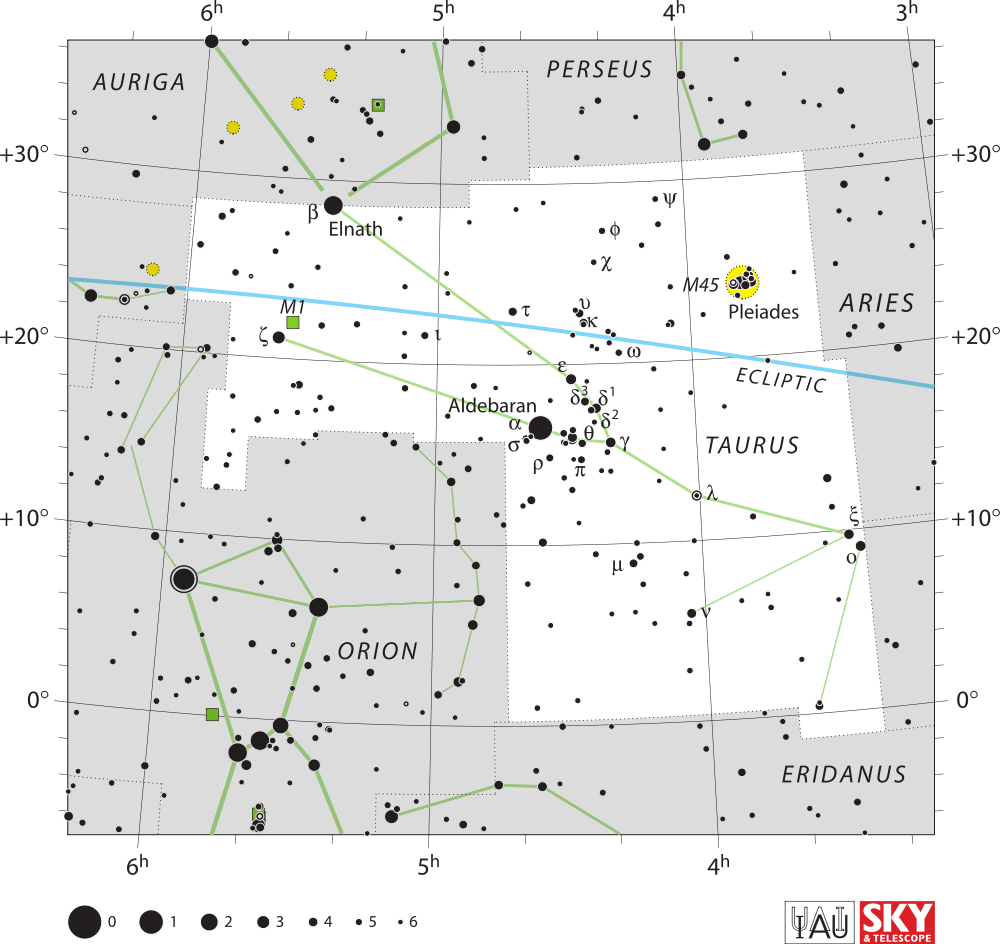 Whenever the moon travels through the constellation Taurus, it can swing anywhere from 5o south to 5o north of the ecliptic – Earth’s orbital plane projected onto the constellations of the zodiac. When the moon reaches a southern extreme, it occults – covers over – Aldebaran once every month, for months on end. When the moon reaches a northern extreme, it then occults the stars of the Pleiades cluster for months on end. That’s because Aldebaran lodges to the south of the ecliptic, while the Pleiades star cluster resides to the north of it, as shown on the sky chart of Taurus above.

The moon will reach a northern extreme in the constellation Taurus in the year 2025. At that juncture, the moon will be occulting Alcyone, brightest star in the Pleiades star cluster. That’ll happen on a monthly basis from September 5, 2023 to July 7, 2029. Something to look forward to!

Bottom line: We all can see Aldebaran – brightest star in Taurus the Bull – near the moon on the night of December 30, 2017. Those in northeastern North America, Greenland, Iceland and northern Europe can see the moon pass in front of Aldebaran.