Moon near Saturn on July 24

Saturn is the bright planet close to tonight’s moon, but a couple of brighter ones – Jupiter and Mars – are also nearby. Learn to identify them all! 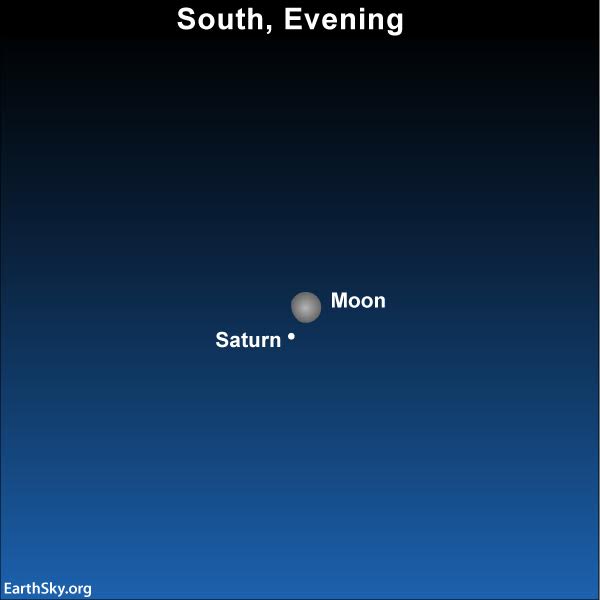 On the night of July 24, 2018, the moon shines closest for this month to the planet Saturn. At its closest, the moon comes to within four moon-diameters (two degrees) of Saturn, plenty close enough for the duo to fit within a single binocular field.

The July 24 moon is a waxing gibbous moon. That means it’s more than half-illuminated but less than fully illuminated in sunshine, as seen from Earth.

If you keep watching the moon at the same time over the next several several nights, you’ll find the moon in a more easterly location than it was the night before. That’s always the case, because the moon moves continually toward the east in its orbit around Earth. In the days ahead, watch the moon approach the red planet Mars – now incredibly bright and red in our night sky – brightest around now than since 2003. 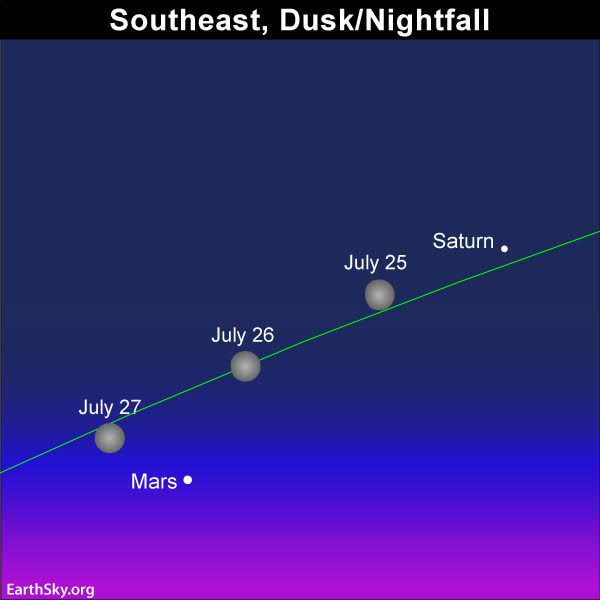 Over the next several days, as darkness falls, watch for the moon to move away from the planet Saturn and toward the very bright and very red planet Mars. On July 27, the night of Mars’ long-awaited opposition, the moon will be near Mars. And that July 27 moon will undergo an eclipse, the longest total lunar eclipse of the 21st century. 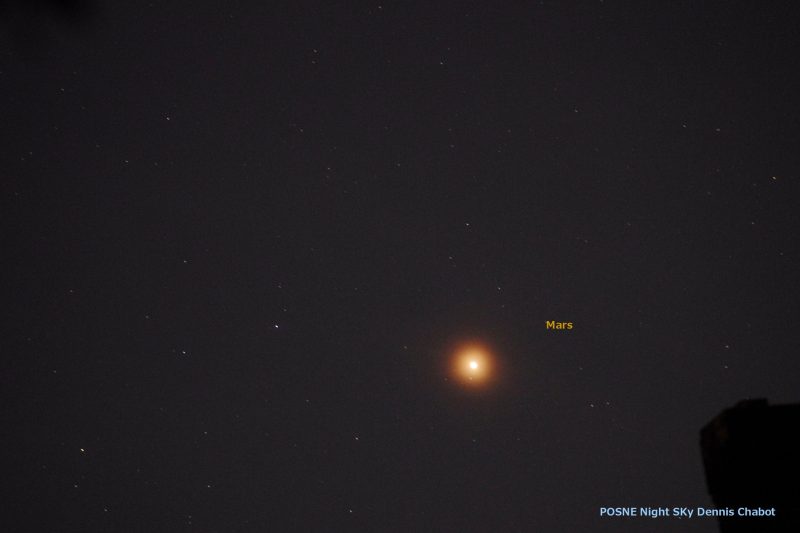 Mars is very bright now! And it’s very red in color. If you’re out looking at the moon and Saturn on July 24, you’ll surely notice Mars nearby. This photo of Mars taken July 21 by Dennis Chabot of POSNE NightSky.

I was driving down a lonely stretch of dark Georgia highway the other night heading west. This gave me plenty of hours and miles to contemplate the moon . . . Is there a formal name for the border of lunar night and day?

There is indeed a name for this demarcation between light and dark on the moon. When you look at the moon in any phase other than full, you are in fact seeing portions of both the day side and night side of the moon. The name for this border between lunar night and day is the terminator line.

If you’re using a telescope or binoculars, and want to observe features on the moon’s surface, one trick is to look along the terminator line. There, shadows are causing lunar craters and mountains to stand out in stark relief in contrast to the surrounding plains. This is, after all, the line of lunar sunrise, and in some ways it’s similar to the long shadows we see on Earth at sunrise or sunset. Sometimes, it’s better to view the moon in a daytime sky because the moon’s glare can be overwhelming in a nighttime sky.

If you were standing at the location of that line on the moon’s surface, you’d be standing at the edge of day or night. A similar line on Earth’s surface passes over you each day at sunset and sunrise. But there is one major difference. On the moon, there’s no dusk or dawn, because the moon doesn’t have any air to disperse sunlight, and to create the twilight that we see on Earth. 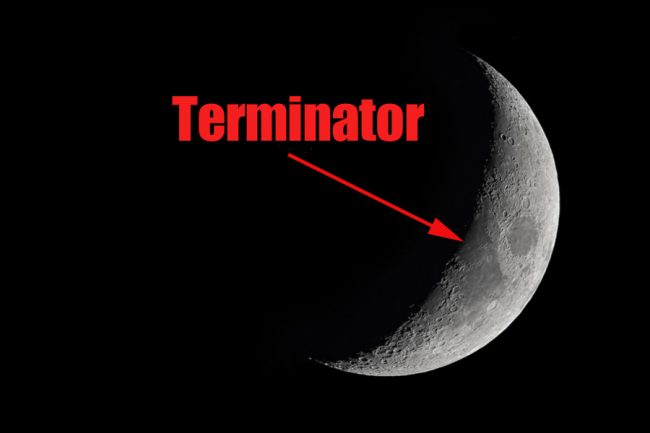 The line between light and dark on the moon is called the terminator line. Image via Farmer’s Almanac.