The supergiant star Antares shines red in our sky, and the planet Saturn – glorious ringed world – shines golden. See them near the moon August 18 to 20, 2018. 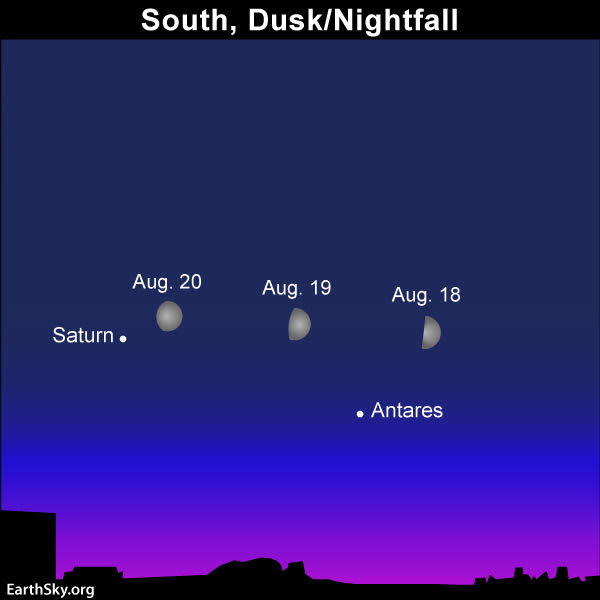 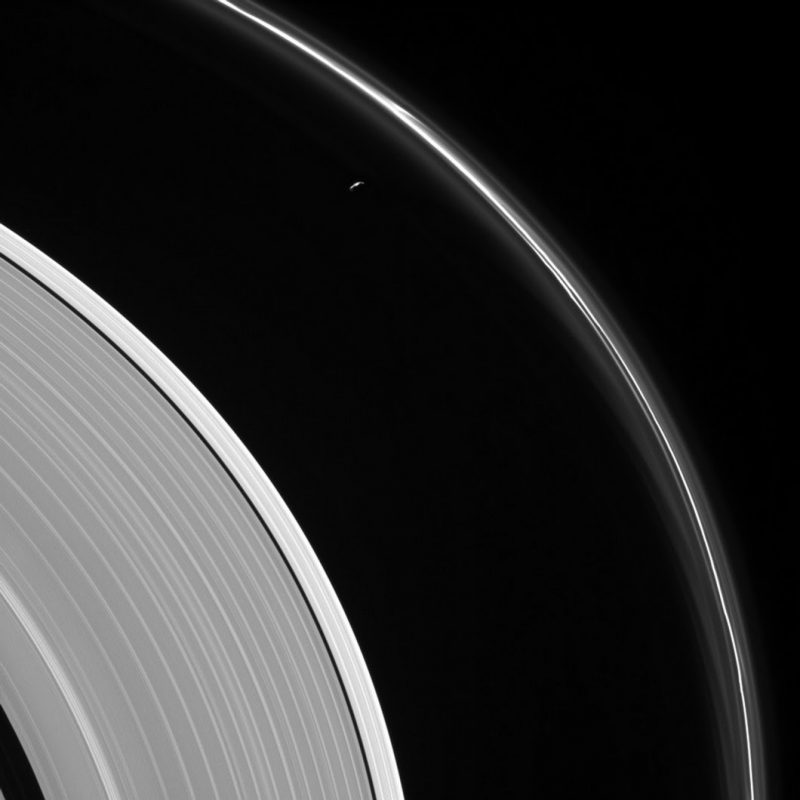 Saturn’s rings and the moon Prometheus, as seen by the Cassini spacecraft. The wonderful Cassini mission is now over, but it changed our view of this planet and its rings and moons. Image via NASA/JPL-Caltech/Space Science Institute. 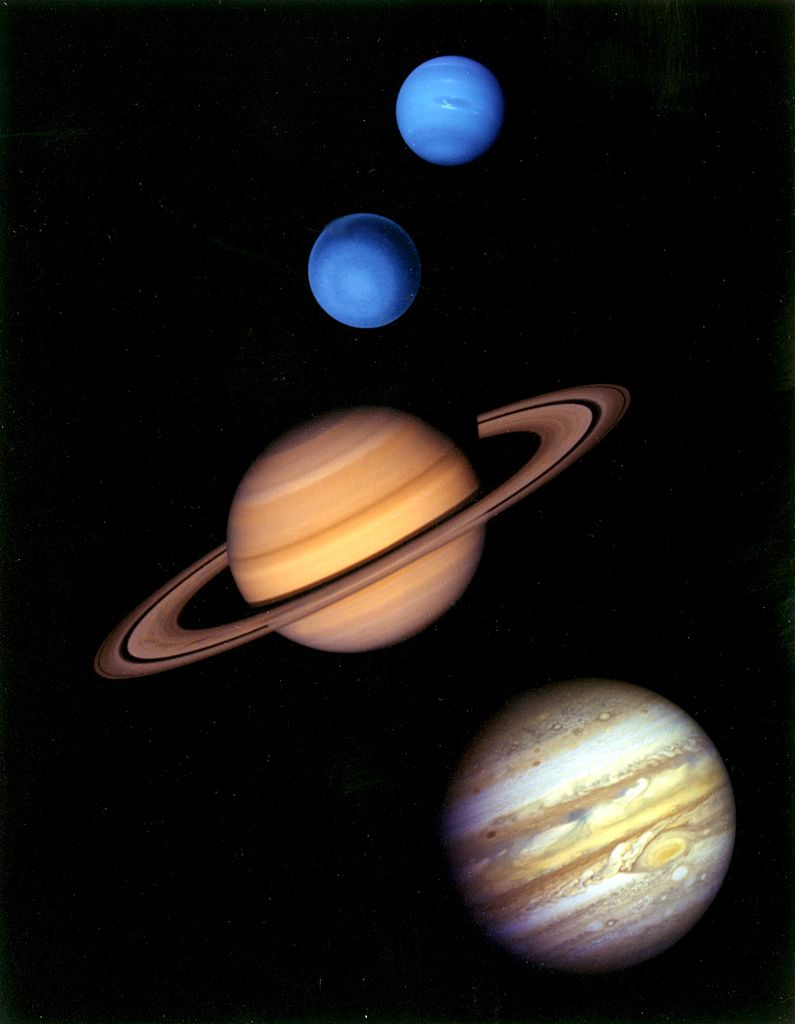 Image of outer planets via NASA/JPL. From bottom to top, and in their outward order from the sun, these planets are Jupiter, Saturn, Uranus and Neptune.