Moon near Aldebaran on February 5

Aldebaran is Taurus the Bull’s brightest star. The February 5, 2017 moon isn’t just passing near it. It’s passing in front of it, as seen from some parts of the globe. 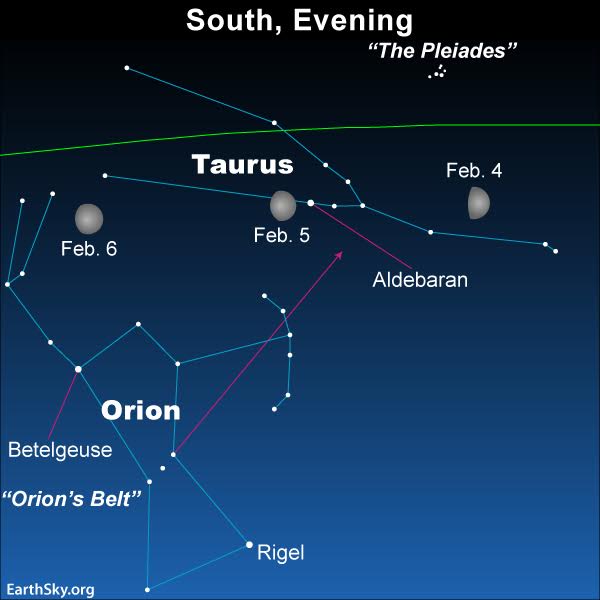 Tonight – February 5, 2017 – residents of North America will see the moon to the east of Aldebaran, the brightest star in the constellation Taurus the Bull. As always, the dark side of the waxing moon points eastward while the lit side points westward. 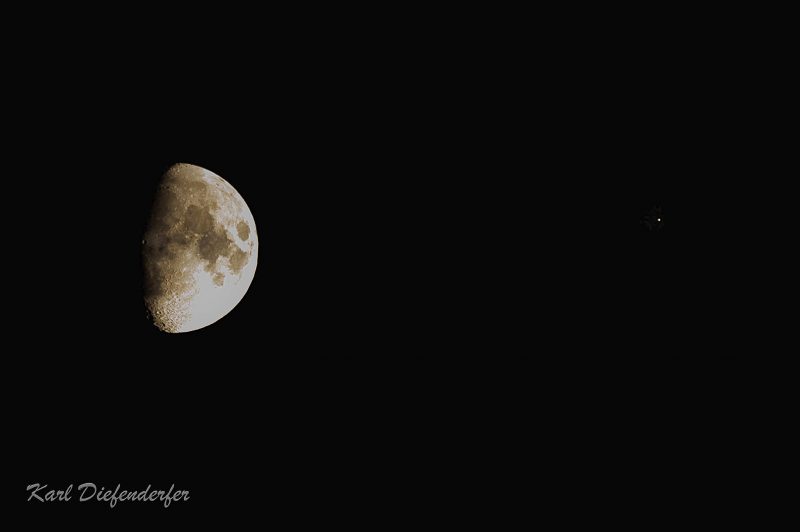 Karl Diefenderfer in Quakertown, Pennsylvania, caught the moon and star Aldebaran on February 5, 2017.

From southern Europe and northern Africa, the moon will also be offset toward the previous date(s), although less so. In fact, from that part of the world, the moon will actually occult (move right in front of) Aldebaran during the nighttime hours tonight (February 5). Aldebaran will disappear behind the moon’s dark side and reappear on the moon’s illuminated side. For instance, at Lisbon, Portugal, the occultation will take place tonight, on February 5, from 9:48 p.m. to 10:59 p.m. local time. Click here for the occultation times for numerous localities in Universal Time. Here’s how to convert Universal Time to your local time. 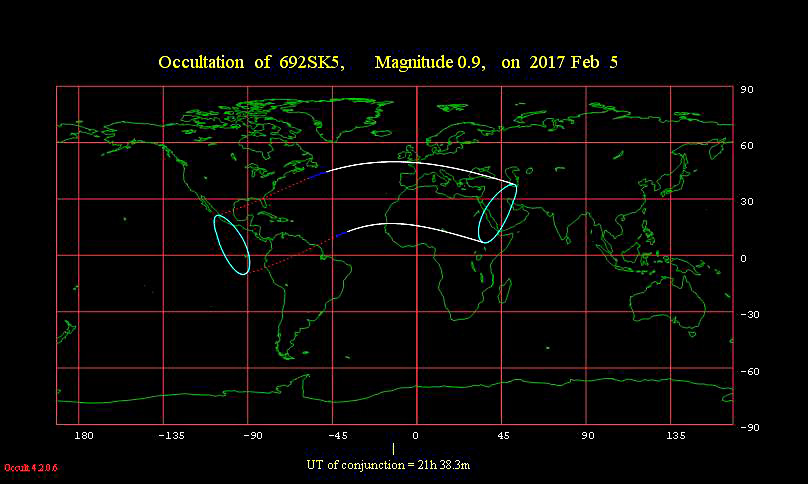 At present, there is a series of 49 monthly occultations of Aldebaran that started on January 29, 2015, and which will end on September 3, 2018. To witness any one of these occultations, however, you have to be at the right spot on Earth. We in the United States will miss out this time around, but we’ll have our chance to view the lunar occultation of Aldebaran on the night of March 4, 2017.

Bottom line: No matter where you reside on Earth, let the moon be your guide to the star Aldebaran on February 5, 2017.