Last chance to see these 2 very bright objects relatively close. After Monday evening, the moon – pursuing its easterly orbit around Earth – will be waxing larger and shifting away from Venus. 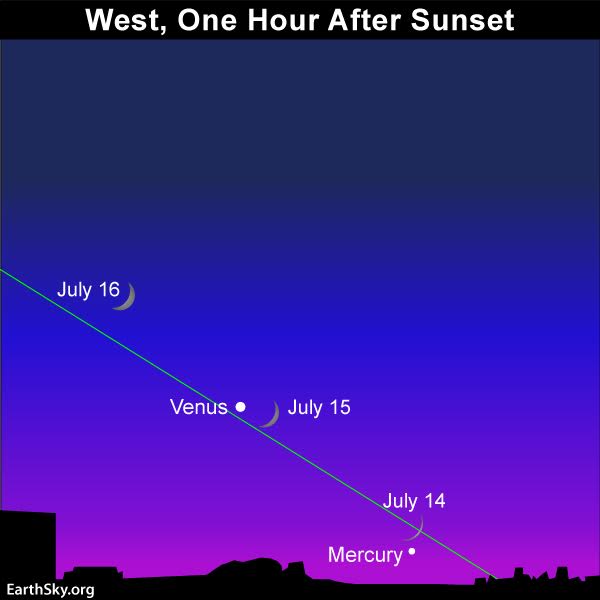 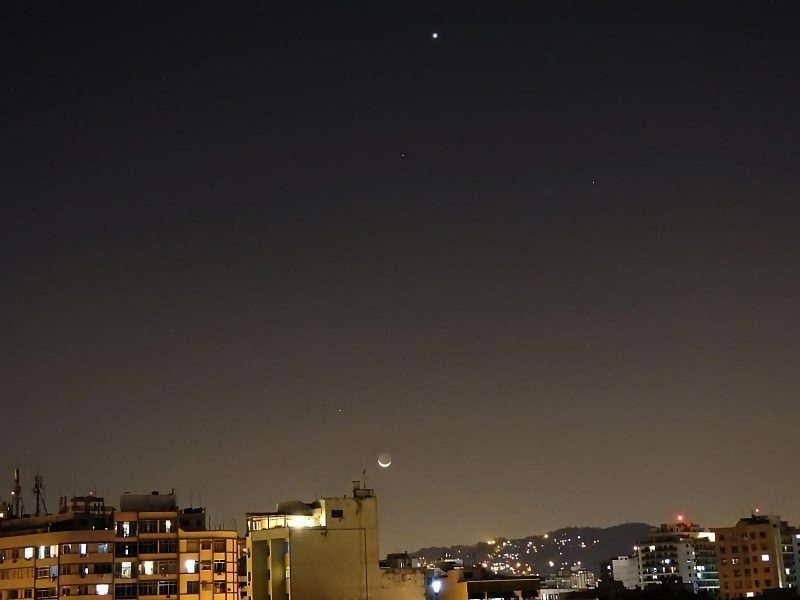 The little “star” next to the crescent moon in this photo is the planet Mercury. Venus is the bright object near the top of the photo, which was taken July 14, 2018, by Helio Vital in Rio de Janeiro, Brazil. He wrote: “The 4.7 percent illuminated crescent moon and Venus (2.4 times dimmer than the moon) became very easy targets about 20 minutes after sunset, while Mercury (200 times fainter than the moon) took some extra 20 minutes to appear in the twilight sky.” Nikon Coolpix P900. Thanks, Helio!