Moon and Mercury on September 29

Mercury and the moon get close on the morning of September 29! They’re easiest to see from the Northern Hemisphere or southern tropics. 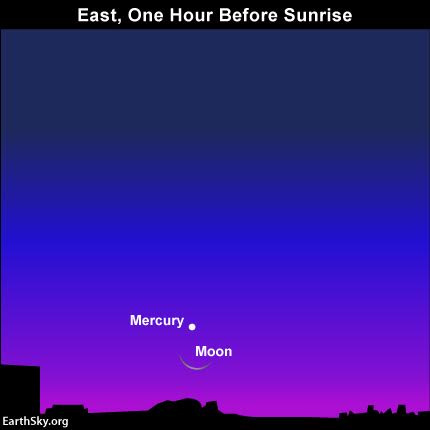 As seen from all parts of Earth now, it’s possible to view four planets with the unaided eye. Venus, Mars and Saturn are up in the evening, and Mercury shines before dawn. Mercury is best seen from the Northern Hemisphere or southern tropics, though. As you go farther south in the Southern Hemisphere, Mercury gets harder to see.

Jupiter, meanwhile, is in the sun’s glare, but it’ll soon be back! More info about that at the bottom of this post. 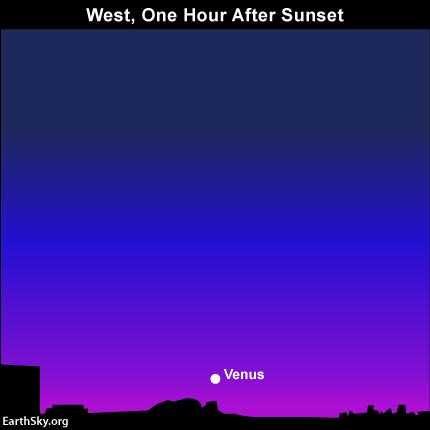 Look for Venus, the brightest of all planets, low in the west after sunset now. 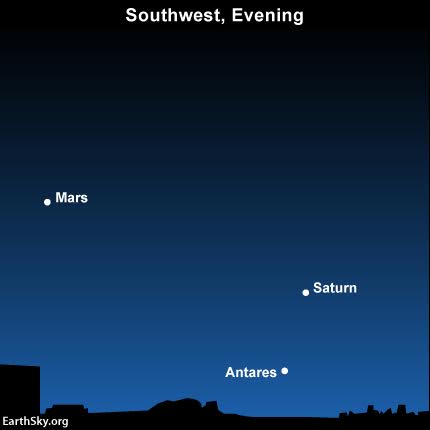 However, the moon and Mercury’s furtive rendezvous before sunrise on September 29 is a fleeting one-day affair you won’t want to miss!

If you live at mid-northern latitudes, get up at least 75 minutes before sunrise on September 29 and look rather low in your eastern sky. Bring along your binoculars to get an eyeful of the attractive morning couple – the moon and Mercury. From North America, Europe and Africa, the moon and Mercury will fit – or nearly fit – inside one binocular field of view.

From Asia and Indonesia, the moon and Mercury will still be rather close together on the sky’s dome, though they may not fit within the same binocular field.

From this part of the world on the morning of September 29, look for Mercury a short hop below the moon.

Mercury will remain visible in the morning sky through the first weeks of October. If you’re really lucky, you might even spot the conjunction of Mercury with the king planet Jupiter, with the unaided eye or binoculars, before sunrise October 11, 2016. 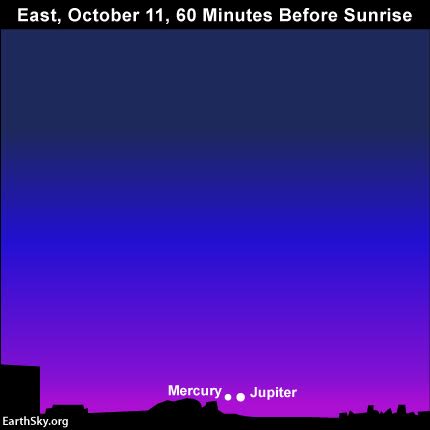 How many of you will see Mercury and Jupiter snuggling up together before sunrise on or near October 11, 2016?

Bottom line: From the Northern Hemisphere, or southern tropics, you have a good chance of catching the morning couple – the moon and Mercury – as nighttime gives way to dawn on September 29, 2016.