The waxing gibbous moon moves toward Leo’s brightest star Regulus, then passes it. It’s a good time to identify this easy-to-find constellation. 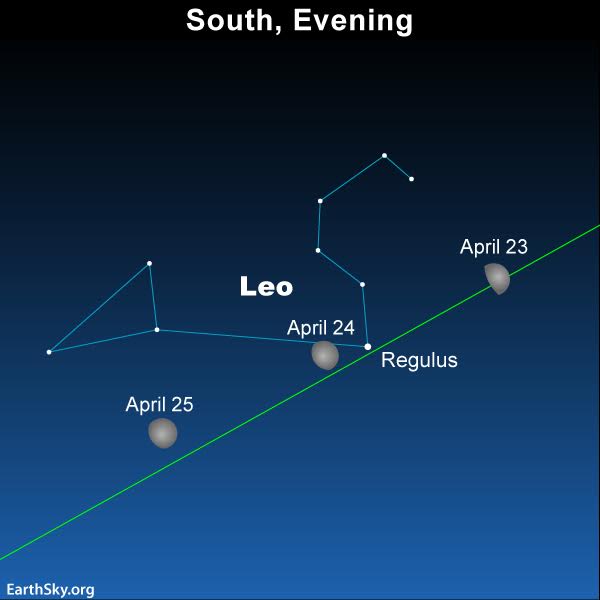 Chart of the constellation Leo via the IAU. 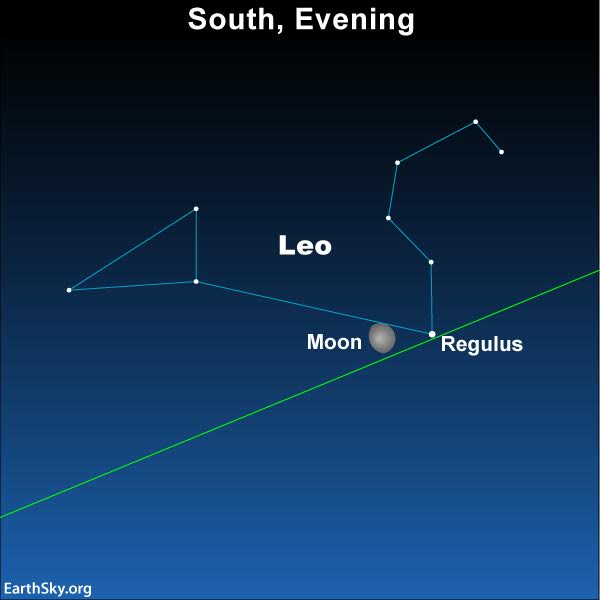 The chart above shows the moon to the east of Regulus, as seen from middle North American latitudes, on April 24. If you live in the Eastern Hemisphere, you’ll see the moon offset in the direction of Regulus, or to the west of this star. But from anywhere worldwide, tonight’s moon will be near Regulus on the sky’s dome – unless you’re in that part of the world where the moon occults (passes in front of) Regulus. 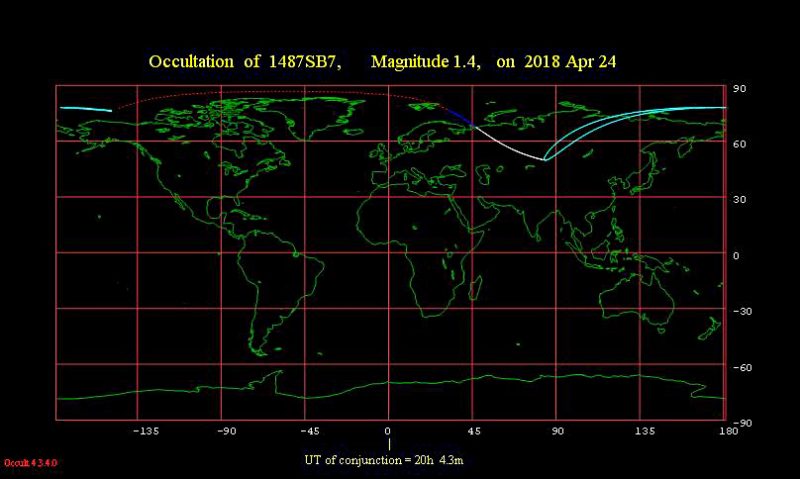 The lunar occultation of Regulus happens in the nighttime sky in north-central Russia (above the white line) on the night of April 24 (morning of April 25). Click here for more information. Worldwide map via IOTA.