Tonight and tomorrow night, let the moon show you the constellation Taurus the Bull on the great dome of sky. How to recognize the Bull’s 2 most prominent features, here. 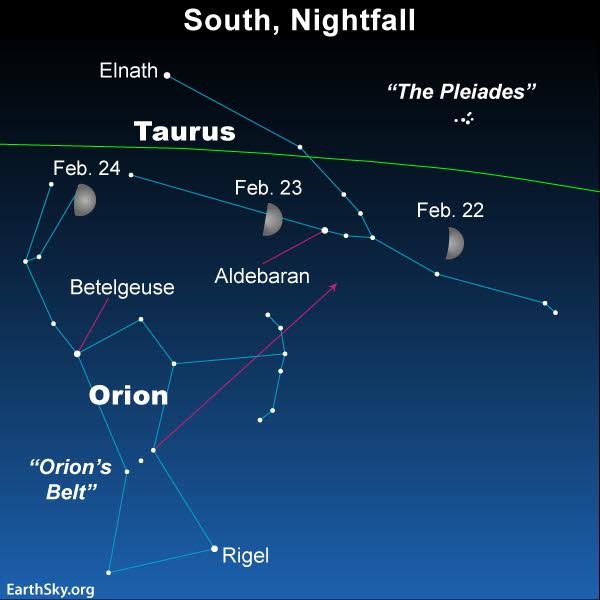 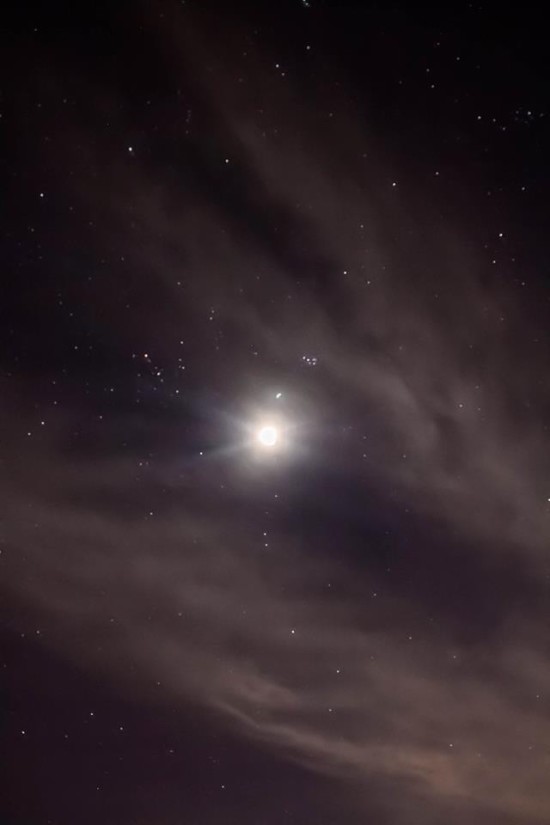 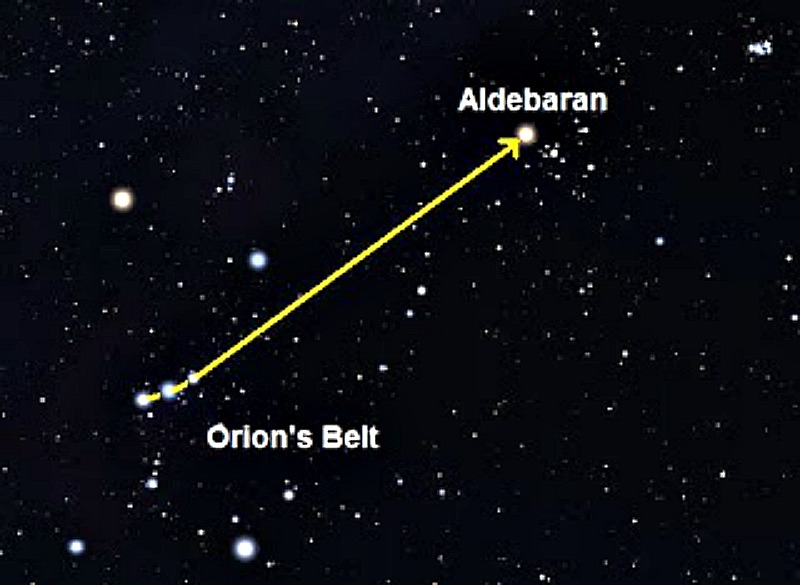 When the moon is no longer there to guide you, star-hop via the three medium-bright stars of Orion’s Belt to reddish Aldebaran. Image via SolarEmpireUK.