On March 10, 11 and 12, 2019, let the moon be your guide to the red planet Mars and the constellation Taurus’ two major signposts: Aldebaran and the Pleiades cluster.

On March 10, 11 and 12, 2019, watch for the waxing crescent moon sweeping to the south of the red planet Mars, and then on to encounter a red star, Aldebaran, and the famous Pleiades star cluster.

On the evening of March 10, as seen from around the world, the moon shone beneath Mars in the west after sunset. One day later – March 11 – the moon will have moved in its orbit; notice it’s closer to Mars. Then the moon moves on in orbit around Earth. By March 12, it is near the Pleiades and Aldebaran, both of which are important sky signposts in the constellation Taurus the Bull. 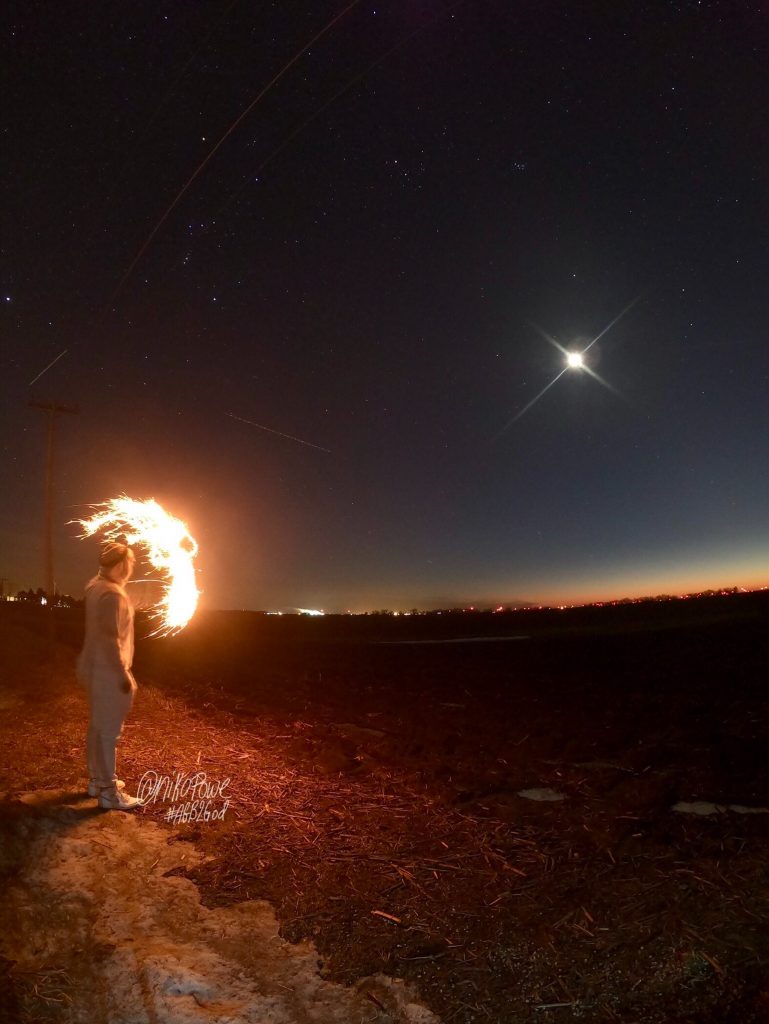 Niko Powe from Galva, Illinois – mid-northern North America – catches Mars directly above the moon on March 10, 2019. Orion is at the upper left, the star Sirius at far left, and the star Aldebaran and the Pleiades cluster shine above the moon and Mars. Thank you Niko! Niko Powe’s photos.

Earth takes a year to orbit the sun, and Mars takes about two years. Thus Mars alternates years in appearing bright or faint in our sky. 2018 was an excellent year for Mars. 2019 is one of the off years. The red planet now appears as a modestly-bright ruddy “star.” It’s still easy to see in a dark sky, but it’s not as bright as, for example, Aldebaran.

Aldebaran and Mars are both reddish in color. You might notice Aldebaran’s color more easily now because it’s currently the brighter object. Aldebaran is part of a V-shaped pattern of stars called the Hyades. This bright red star represents the fiery Eye of Taurus the Bull.

As the moon travels eastward through the constellations of the zodiac this month, it’ll swing south of the Pleiades star cluster and north of the red star Aldebaran. The Pleiades cluster is easy to spot, too. It’s a tiny, misty, dipper-shaped pattern of stars.

Like the moon, Mars is also traveling eastward in front of the background stars of the zodiac, though at a much slower pace than the moon. By the month’s end, watch for Mars to sweep about three degrees south of the Pleiades. Then some two weeks later, look for Mars to wander some seven degrees north of Aldebaran in mid-April 2019.

After that, it won’t be too much longer before Mars fades from the evening sky. Earth will have “turned the corner” ahead of Mars in orbit, placing the sun between us and the red planet.

Bottom line: On March 10, 11 and 12, 2019, let the moon be your guide to the red planet Mars and the constellation Taurus’ two major signposts: Aldebaran and the Pleiades cluster.