Stay up late to see them, or get up before dawn, when the moon, Castor and Pollux will be high in the sky as seen from across the globe. 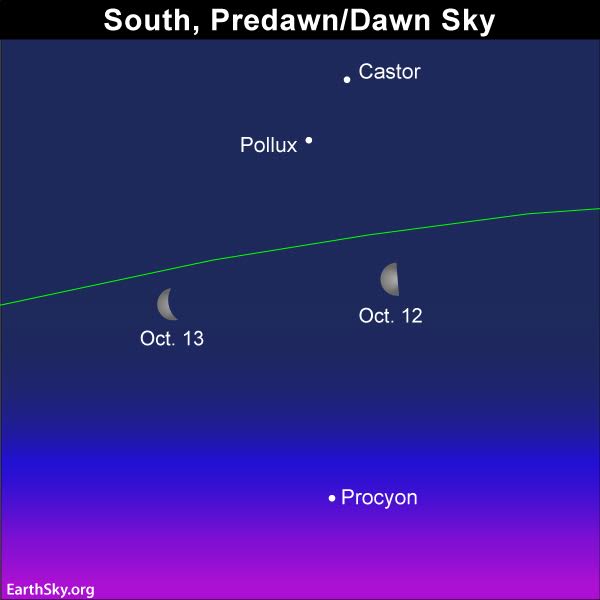 Tonight – October 11, 2017 – if you look outside at or near the midnight hour, you might spot the rising last quarter moon and the bright Gemini stars, Castor and Pollux, quite low in your eastern sky. Or look outside before sunup on October 12, when Earth’s spin on its axis throughout the wee hours will have placed the moon and the Gemini stars higher in the sky as seen from across Earth.

Want to know exactly when the moon and the star Castor rises into your sky? Try this online tool from the U.S. Naval Observatory.

Castor and Pollux are the two brightest stars in the constellation Gemini the Twins. These two stars aren’t really twin stars, but both are bright and they’re so close together that they must have reminded the early skywatchers of brothers. How can you find them when the moon moves away? If you’re familiar with Orion the Hunter, and up around midnight, look to the north (or left) of Orion to see Castor and Pollux. 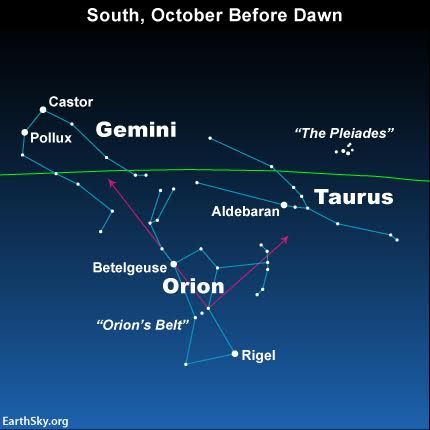 Use the constellation Orion to star-hop to the Gemini stars, Castor and Pollux. 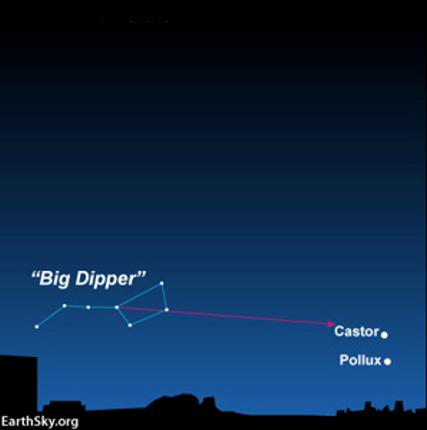 From northerly latitudes, use the Big Dipper to find the Gemini stars, Castor and Pollux.

Bottom line: Let the moon guide you to the brightest stars in the constellation Gemini, Castor and Pollux, on the night of October 11-12, 2017.