Moon and Gemini stars on May 1

Stars near tonight’s moon. Plus a skywatcher’s trick to help you understand the moon’s motion among the stars. And some tips on finding sky directions! 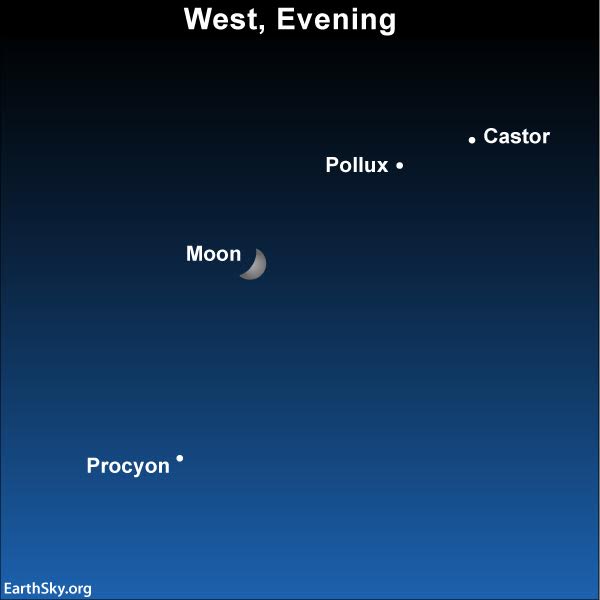 Tonight – May 1, 2017 – the waxing crescent moon shines near the stars Castor and Pollux in the constellation Gemini the Twins. Watch for them in your western sky as darkness falls. Another bright star, Procyon, shines on the other side of the moon. 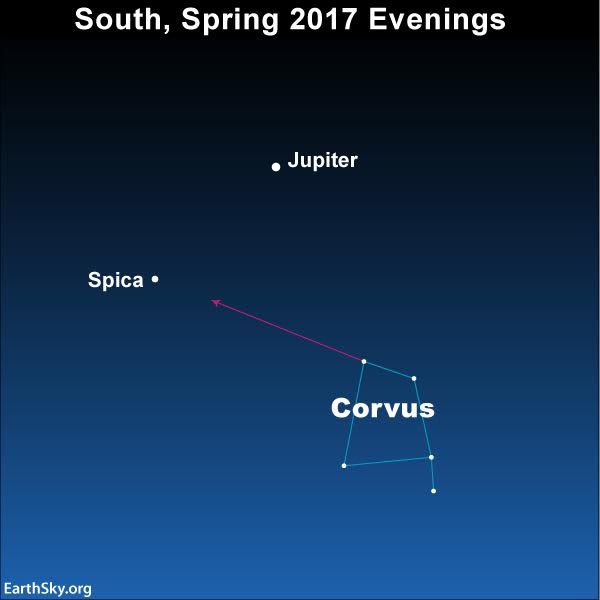 The unlit portion of a waxing moon always points in its direction of travel – eastward – in front of the backdrop stars. As Earth spins beneath the sky, though, the moon, stars and planets go westward throughout the night. But over a period of days, you can notice that the moon is actually traveling eastward relative to the constellations of the zodiac. 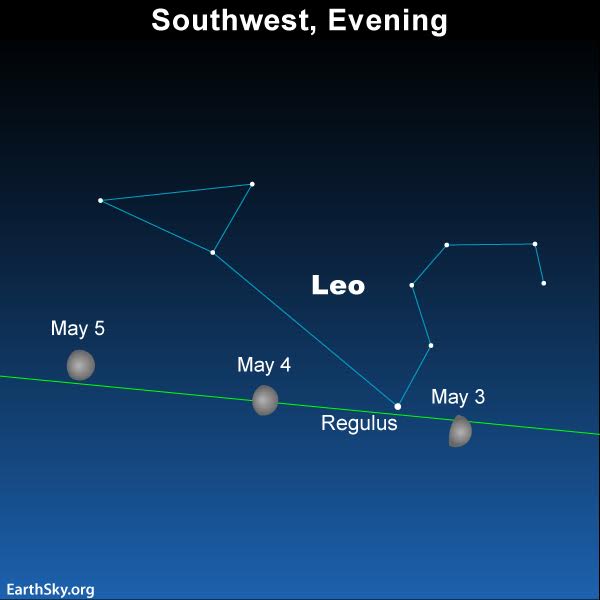 Looking ahead, the waxing moon passes in front of the constellation Leo the Lion on May 3, 4 and 5.

Up or down is a matter of perspective, in the sky as in so much else.

Meanwhile, Jupiter lies east of the moon (toward the sunrise direction) as darkness falls over the next few days.

Bottom line: Tonight – May 1, 2017 – you’ll find the moon, the Gemini stars, the star Procyon in the western part of the sky.