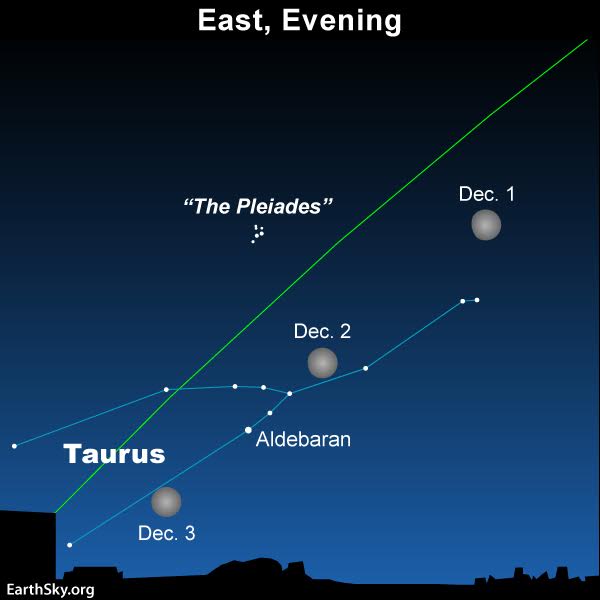 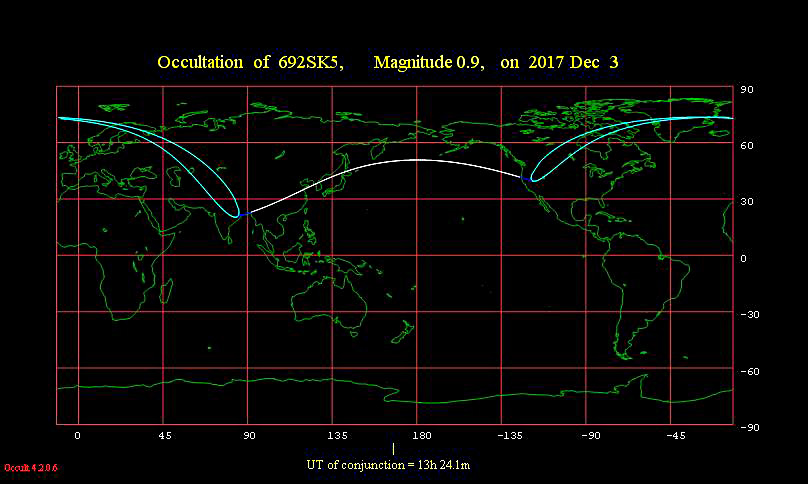 Worldwide map via IOTA. The lunar occultation of the star Aldebaran on December 3, 2017, occurs to the north (above) the white line. 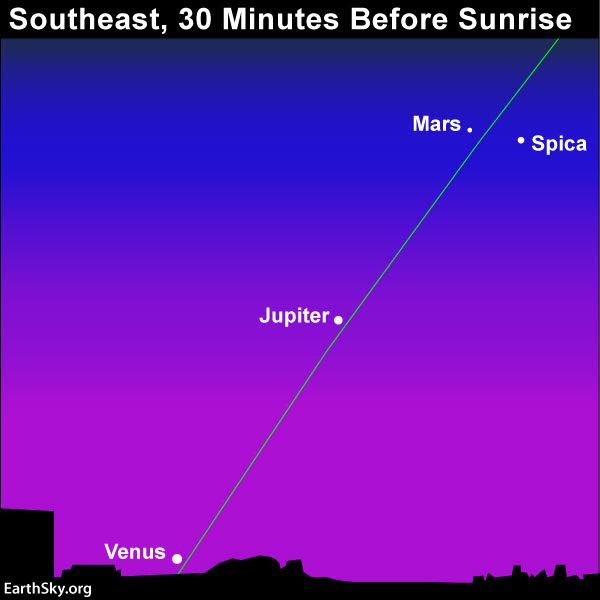 The morning planets as they appear at mid-northern latitudes about 30 minutes before sunrise. Click here for an almanac telling you when these planets rise into your sky.