Saturn and Mercury come together low in the western twilight sky on November 28, 2017. Here’s how to spot them. 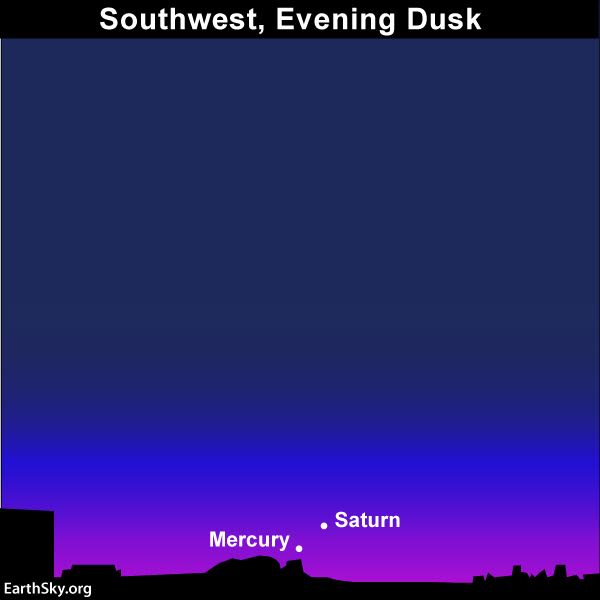 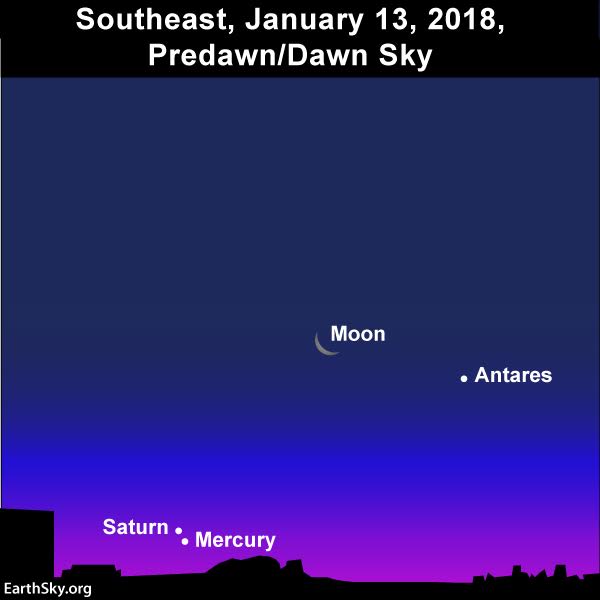 The morning conjunction on January 13, 2018, concludes the upcoming triple conjunction of Mercury and Saturn. The first one takes place in the evening sky on November 28, 2017.