Mercury is in the west after sunset, and it’s farthest from the sun tonight for this evening apparition. How to spot it. 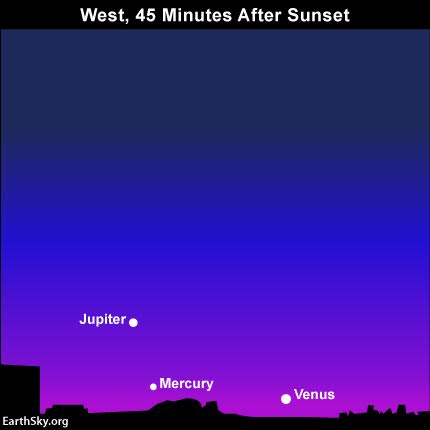 Tonight – August 16, 2016 – the innermost planet Mercury swings out to its greatest eastern elongation from the sun. That’s its greatest angular distance from the sun in our sky’s dome. Mercury is now a 27o east of the setting sun, nearly as far from the sun on the sky’s dome as it can be. This little world – sometimes called the most elusive planet – can now be viewed in the west after sunset.

Ironically for us in the Northern Hemisphere, this very extreme elongation of Mercury doesn’t result in ease of viewing in our sky. For us, the planet is still low in the west after sunset. Meanwhile, for the Southern Hemisphere, this is Mercury’s finest appearance in the evening sky for 2016. And we can all see Mercury – from all parts of the world – if we try.

From the northern tropics and the Southern Hemisphere, Mercury should be fairly easy to see with the eye alone starting around 75 minutes after sunset.

From more northerly latitudes, it’ll take more of an effort to catch Mercury after sunset, because Mercury follows the sun beneath the horizon an hour (or less) after the sun. If you live in the northern U.S. or Canada, or at similar latitudes, binoculars might come in handy for your Mercury search.

Two other planets join Mercury in the western sky after sunset: Venus and Jupiter. Although Mercury shines as brightly as the sky’s brightest stars, Mercury’s brightness pales next to that of Venus and Jupiter – the third-brightest and fourth-brightest celestial bodies in all the heavens, respectively, after the sun and moon.

If you live at mid-northern latitudes, look at the chart at the top of this post. Start your search for bright Venus and Jupiter – and fainter Mercury – about 45 minutes after sunset. All these worlds – though respectably bright – must contend with the glare of evening twilight at northerly latitudes. 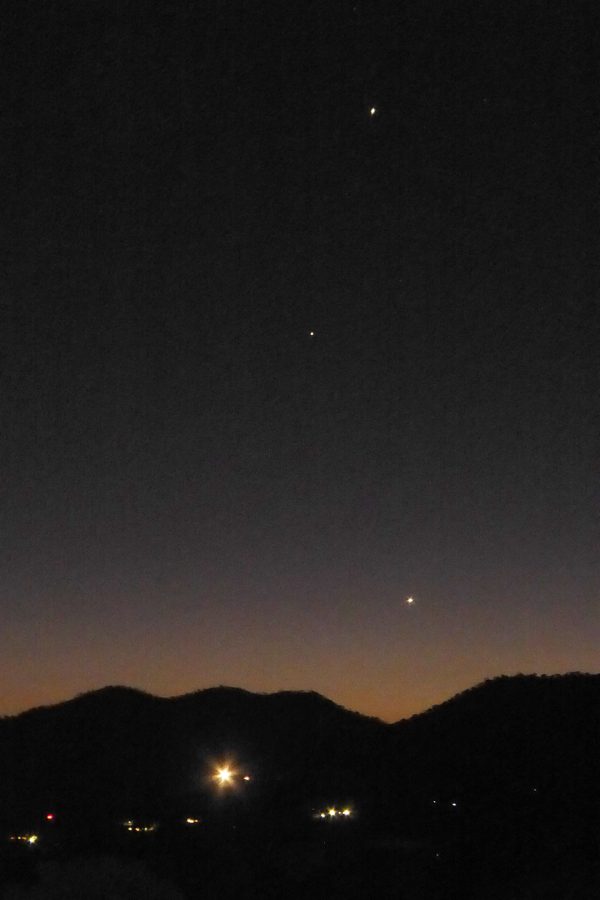 Peter Lowenstein caught Venus (bottom) and Jupiter (top), with Mercury in between on August 12, 2016. He’s in Mutare, Zimbabwe, at about 19 degrees S. latitude.

Venus sets first after sunset, followed by Mercury and then Jupiter. To find out when these planets set in your sky, try one of the recommended almanacs on our almanac page.

From the Southern Hemisphere, Mercury should be fairly easy to spot in the west as dusk gives way to nightfall for a few more weeks to come!

By the way, two other planets – Mars and Saturn – are also up after sunset and stay out later into the night. If you do see Mercury, Venus and Jupiter – and then Mars and Saturn – you’ll see all five naked-eye planets.

Mars and Saturn stay out until nearly midnight at mid-northern latitudes, or until the wee hours after midnight at southerly latitudes. They make a prominent triangle on the sky’s dome with a bright star, Antares in the constellation Scorpius. At mid-northern latitudes, look in the south to southwest sky at nightfall; and from the Southern Hemisphere, look high overhead as darkness falls. 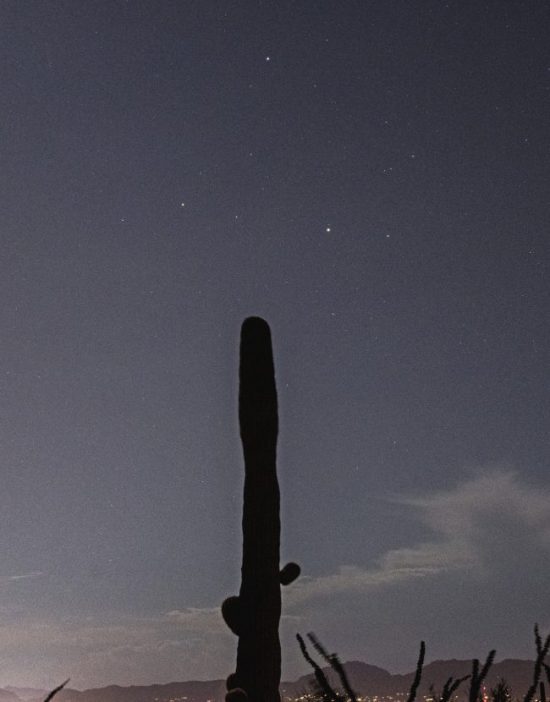 Eliot Herman near Tucson, Arizona caught Mars, Saturn and the star Antares on the night of August 13, 2016. See how they made a nearly perfect equilateral triangle on this night? Use the chart below to identify which is which. 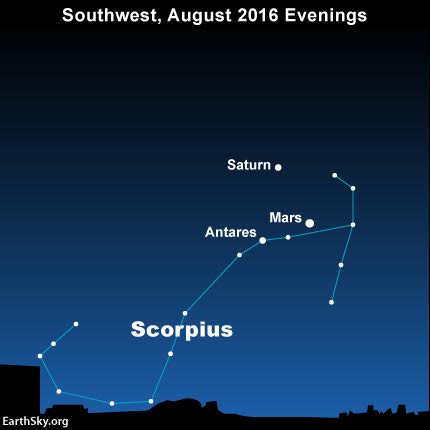 Bottom line: Mercury is in the west after sunset – in between the very bright planets Venus and Jupiter. On the night of August 16, 2016, it’s at greatest elongation or farthest from the sun on the sky’s dome for this evening apparition.