After this, Mars will get fainter

Mars retrograde motion in front of the backdrop stars ends June 30. It means the best time in 2 years to observe Mars is now drawing to a close. 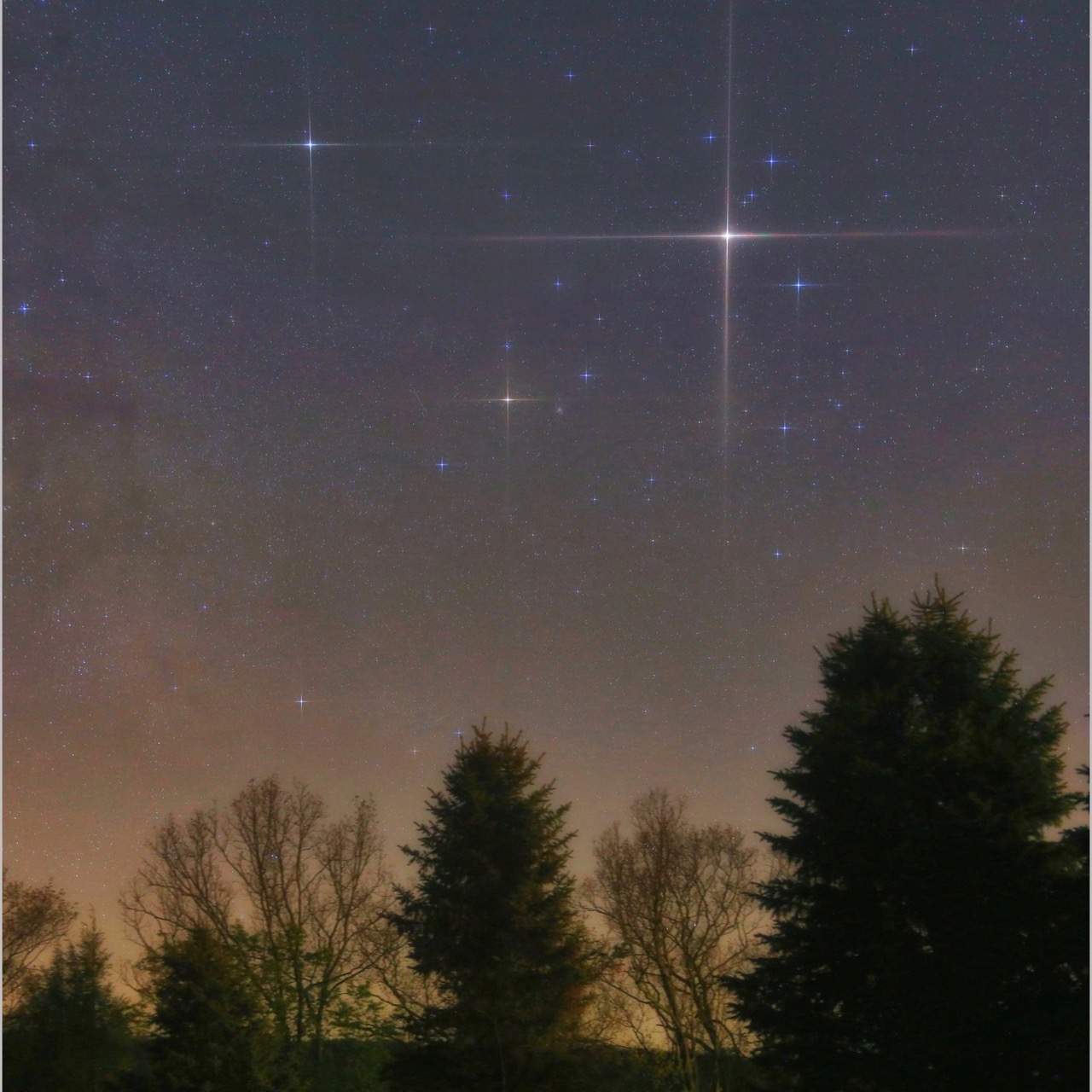 As seen from our earthly perspective, outer planets normally move toward the east in front of the backdrop stars of the Zodiac, but sometimes they move toward the west (retrograde). Mars’ retrograde motion ends on June 30, 2016. It started on April 17. On May 22 – about halfway between those dates – Mars reached opposition, the day upon which Earth flew between Mars and the sun for the first time in about two years, and Mars appeared opposite the sun in our sky.

So the best time to see Mars in this two-year period is now ending.

Mars has been bright and red and awesome in our night sky. But, as the days and weeks continue to pass, we’ll see Mars fade in brightness, as Earth flies ahead of it in our smaller, faster orbit around the sun.

By luck, Mars has been in a triangle on our sky’s dome with two other bright objects: the planet Saturn and the red star Antares. Keep your focus on the “fixed” star Antares to note the movements of Mars and Saturn in the months ahead. 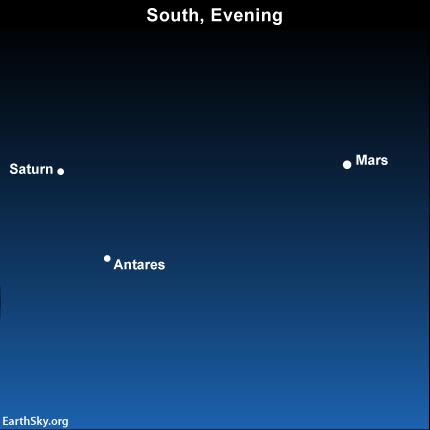 If you live in the city, you might notice this triangle of objects in your sky. All 3 are bright and shine in most urban skies. 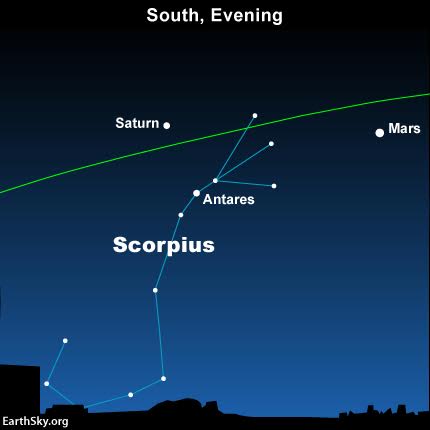 If you live in a rural location, you can see more. You’ll find the graceful tail of Scorpius, the Scorpion, behind the 2 bright planets, Saturn and Mars, and the bright star Antares. Antares is said to be the Scorpion’s Heart.

If you could see all the solar system planets from the sun, you’d see them all, always, going eastward in front of the backdrop stars. However, as viewed from the moving platform of Earth, planets that lie outside of Earth’s orbit (Mars, Jupiter, Saturn, Uranus and Neptune) appear to go retrograde for a few to several months of the year.

A retrograde takes place whenever the planet Earth in its smaller orbit swings in between the sun and a superior planet – a planet that orbits the sun outside Earth’s orbit. From Earth’s perspective, that planet appears to be drifting in retrograde (backwards) relative to the backdrop stars.

Why does it happen? The planet is still moving toward the east, after all. Retrograde motion is an illusion, much as that you see from a moving car on a highway, passing a slower car. The car being passed appears to be going backwards relative to the more distant landscape. The diagram below uses race cars to illustrate.

A schematic of how retrograde motion works when Earth (T) passes an outer planet (P) as they both orbit the sun (S). The changing viewing angle from Earth makes the projection of the planet against the celestial sphere (A) move backwards (A2-A4) as we pass the slower planet. Image via Wikipedia user Rursus

The video below (no audio) shows Mars’ retrograde motion in front of the background stars for the year 2016, courtesy of Professor Richard Pogge, The Ohio State University, Department of Astronomy. Practiced stargazers will probably recognize the zodiacal constellations Libra and Scorpius.

And here’s one more video. It’s from the beautiful website shadowandsubstance.com, which is created by Larry Koehn. It shows 2016’s oppositions of both Mars and Saturn, in front of the constellations Libra and Scorpius. Notice Mars appearing larger around its May 22 opposition! And notice that, although Larry doesn’t provide a red line tracing Saturn’s retrograde path, Saturn moves retrograde for a time around its June 3, 2016 opposition.

So here we are on June 30, 2016, and Mars is pausing momentarily in front of the stars as seen from our earthly perspective. After today, Mars resumes its eastward course through the constellations of the Zodiac, until Mars’ next retrograde starts on June 26, 2018 and then ends on August 27, 2018. Midway through the 2018 retrograde, Mars will at opposition on July 27, 2018. That 2018 opposition will mark the middle of the best time to see Mars next.

By the way, the Mars’ retrograde in 2018 will be somewhat shorter than the retrograde of 2016 because Mars will come closer to Earth in 2018 than it did in 2016. That means Mars will be brighter in our sky! In fact, the months around July, 2018 will be an even better time to view Mars than these recent months.

And if you saw Mars at its brightest (late May and early June, 2016), you know how awesome that is!

Retrograde dates for superior planets in 2016: 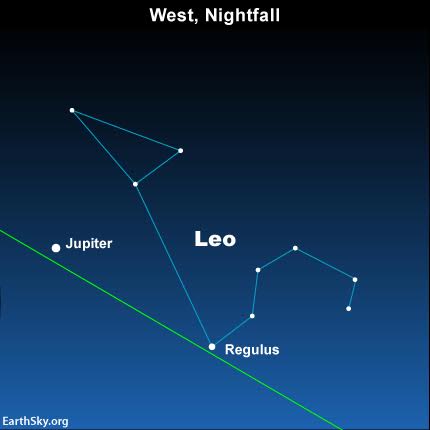 Mars and Saturn aren’t the only planets in the evening sky. Look westward at nightfall for the dazzling planet Jupiter, the brightest starlike object up each evening, and for the star Regulus, brightest star in the constellation Leo the Lion.

Bottom line: Mars retrograde (westward) movement in front of backdrop stars started on April 17, 2016, and ends on June 30, 2016. What does it mean? Only that the best time in 2 years to observe Mars is now drawing to a close.