You might spot the moon after sunrise on April 18 or 19, high in the sky. Did you know a last quarter moon is slightly fainter than a first quarter moon? Learn why here. 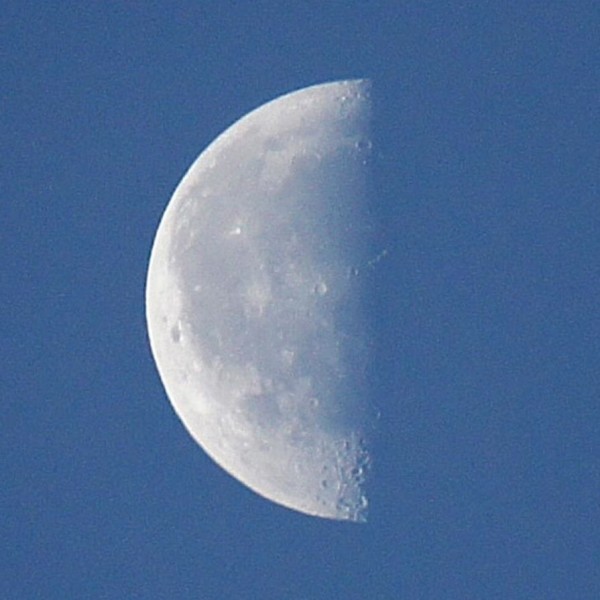 Tonight – April 18, 2017 – the moon won’t rise over your eastern horizon until late, likely after midnight. Given clear skies, you should easily see the moon in the morning sky, even after sunrise, on April 19. The moon will be at or near its half-lit last quarter phase, when the moon’s disk appears half-illuminated in sunlight and half-immersed in its own shadow. It’ll look like the image at the top of this post, which is by Lilliana Mendez of North Bergen, New Jersey.

In the space-based view, of course, the moon is always half-illuminated. Now we’re seeing half the moon’s day side, and half its night side.

The terminator – shadow line dividing the lunar day and night – shows you line of sunset on the waning moon. It’s along the terminator that you have your best views of the lunar terrain through binoculars or the telescope. 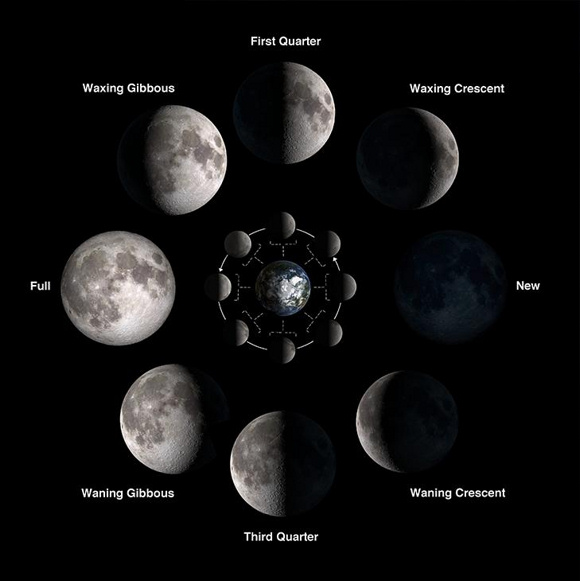 Bottom line: Watch for the moon at or near its last quarter phase. It’ll likely rise after midnight on the morning of April 19, 2017.