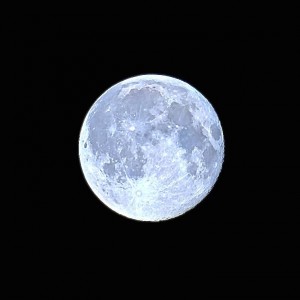 Love the moon and love photography.

All I did was add it to iPhoto and crop it as much as I could, sharpened it a little, and gave it a nice quiet blue hue!

Thank you! Your submission has been received!
Oops! Something went wrong while submitting the form.
END_OF_DOCUMENT_TOKEN_TO_BE_REPLACED