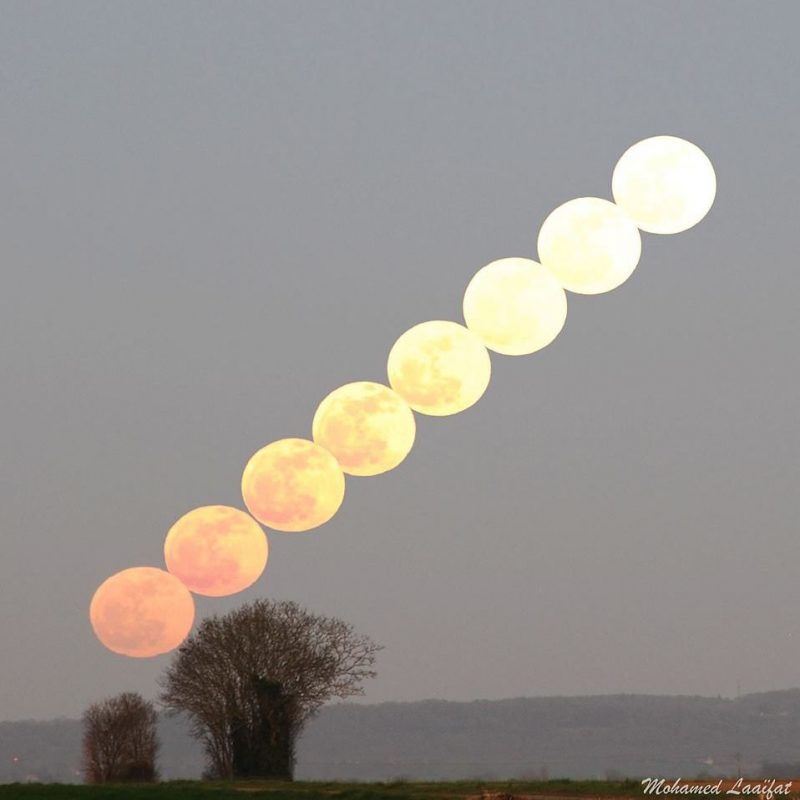 Full moonrise, above, by Mohamed Laaifat Photographies in Normandy, France.

The January 2017 full moon counts as the first full moon after the December solstice. In North America, we often this full moon the Wolf Moon, Old Moon or Moon After Yule.

What is this crest of the moon’s full phase? Astronomically speaking, the moon is full at the moment that it’s most opposite the sun in its orbit (180o from the sun in celestial or ecliptic longitude). That’s what the time of the full moon means. But of course the moon at the vicinity of full moon shines all night long, from dusk to dawn, as seen from around the globe.

Want to know when this January 2017 moon reaches the crest of its full phase as seen from around the world? Look at the worldwide map below. You can see that the full moon comes near the midnight hour at the International Date Line, close to noon at the prime meridian of 0o longitude, shortly before sunrise on January 12 at the Eastern Seaboard of the United States and at sunset January 12 in Asia.

To see the moon at the instant of full moon, the moon has to be above your horizon on the nighttime side of the world.

But again – even if it’s not full moon crest for you – all of us will see a full-looking moon lighting up the sky tonight and tomorrow, more or less all night. 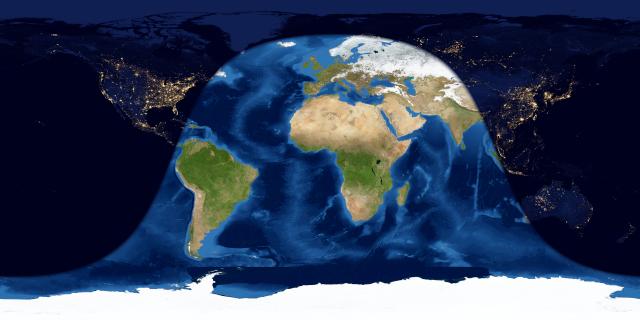 Meanwhile, the full moon lies opposite the sun, mirroring the sun’s place in front of the backdrop stars for six months hence.