Although appearing half-illuminated, the last quarter moon carries that name because it’s three-quarters of the way from one new moon to the next. 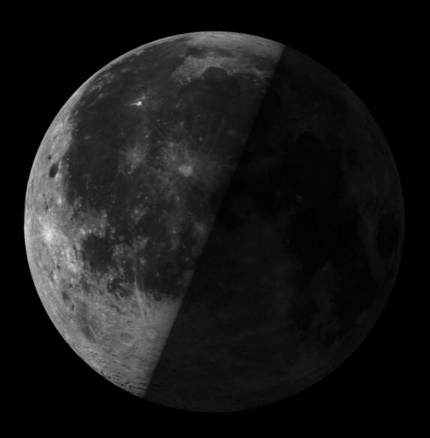 Image of last quarter moon above via US Naval Observatory

From around the world, people will see the moon in the wee hours after midnight on June 17. No matter where you are on Earth, the moon will be highest up in your sky at roughly 6 a.m. local time (7 a.m. Daylight Saving Time). It’ll appear half-illuminated. Although half-lit, it’s called a last quarter or third quarter moon because the moon is three-quarters of the way in its journey from new moon to new moon.

Now check out the video below. As seen from the south side of the moon’s orbital plane, Earth rotates clockwise on its rotational axis, and the moon revolves clockwise around Earth. Notice in the video below that the terminators – lines between light and dark on the Earth and moon – align at first and last quarter moon.

One half of the lunar disk is always illuminated by sunlight, while the nighttime half is submerged in the moon’s own shadow. At last quarter moon, we see half the moon’s day side, and half its night side.

The lunar terminator – shadow line dividing day and night – shows you where it’s sunset on the last quarter moon as it wanes toward new moon. It’s along the terminator that you have your best three-dimensional views of the lunar terrain through binoculars or the telescope. Try looking in the morning twilight, when the sky isn’t quite so dark, to eliminate glare from the moon itself. 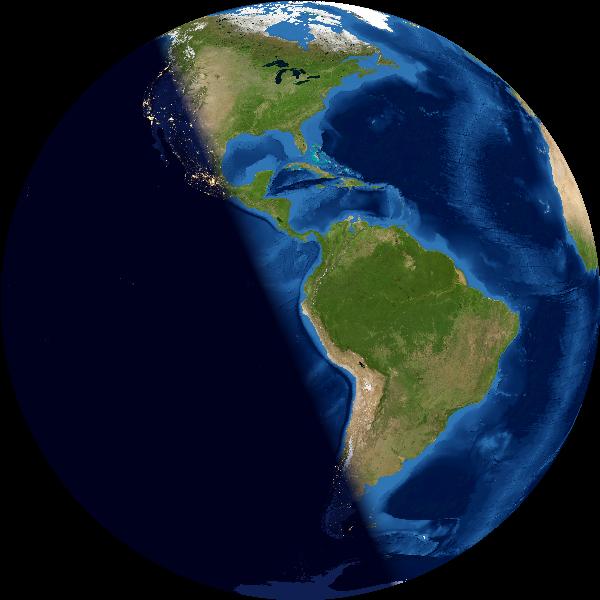 Simulation of the first quarter Earth as viewed from the last quarter moon (2017 June 17 at 11:33 UTC). Image via Earth View.

Approximately one week after the June 17 last quarter moon, it’ll be a new moon in Earth’s sky but a full Earth in the moon’s sky, as shown on the simulation below. 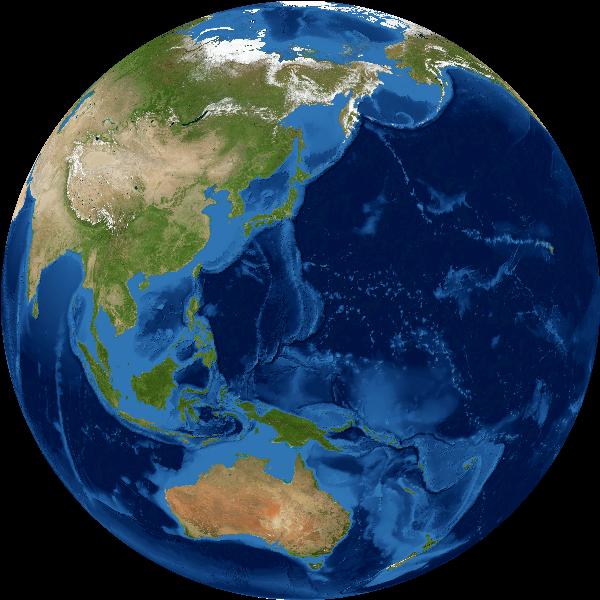 Bottom line: Enjoy the June 17, 2017 last quarter moon! And know that the Earth and moon are like mirrors to each other in that – when we see a last quarter moon in our sky – those on the moon would see a first quarter Earth.