Try catching the young moon after sunset on July 3 or 4, 2019. The watch for the waxing crescent moon to pair up with Regulus, the brightest star in the constellation Leo the lion, on or near July 5.

Over the next few evenings – July 3 to 6, 2019 – watch for the young moon in the west after sunset. Fresh from the July 2 South American solar eclipse, the moon will be a very thin crescent and hard to catch on July 3. But, especially if you live in the Americas or on an island in the Pacific, you might catch it shortly after sunset. From the world’s Eastern Hemisphere – Europe, Africa, Asia, Australia and New Zealand – you might have to wait until after sunset July 4 for your first glimpse of the evening crescent. For the fun of it, we label Mercury and Mars on the feature chart above, but we expect few – if any – skywatchers to spot these worlds, which are thousands of times fainter than the young moon and exceedingly near the sunset now. 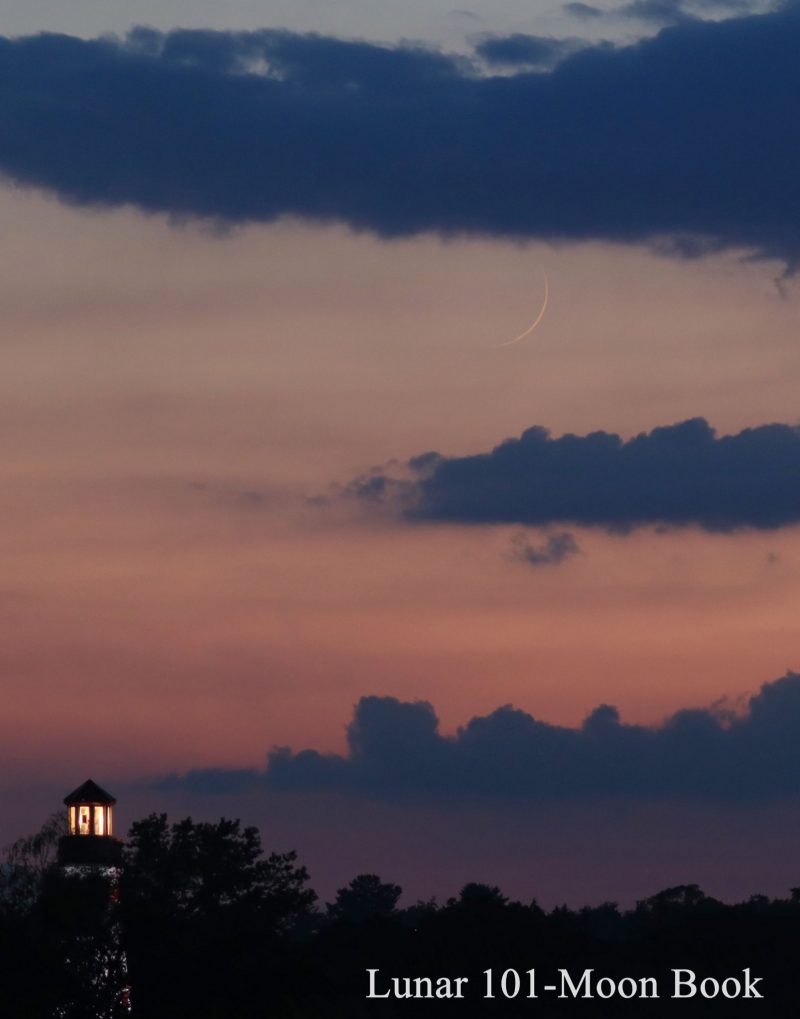 To maximize your chances of spotting the whisker-thin lunar crescent on July 3, find an unobstructed horizon in the direction of sunset. If you can stand atop a hill or balcony, so that you can peek a little farther over the horizon, all the better. And don’t forget binoculars, as the sky is often hazy or murky along the horizon. Even in a clear sky, the slender crescent is likely to appear pale and bleached out at evening dusk.

Don’t dally! Start your search for the young crescent as soon as possible after sunset. Even from mid-northern latitudes in North America, the moon sets an hour or so after sunset on July 3. Click here to know more specifically when the moon sets in your sky, remembering to check the moonrise and moonset box.

Day by day, the moon will be waxing larger and staying out longer after sundown. After July 3, it’ll probably be easier to spot the soft glow of earthshine on the darkened portion of the moon. Earthshine is twice-reflected sunlight – sunlight that’s reflected from Earth to the moon, and then from the moon back to Earth. When the moon is a thin crescent in Earth’s sky, the Earth exhibits an almost-full waning gibbous phase in the moon’s sky. Hence, the almost-full Earth lights up the nighttime side of a crescent moon.

By July 5, 2019, the moon will be easy to see after sunset, and it’ll be pairing up with the bright star Regulus, considered the Heart of the Lion in the constellation Leo. We show Regulus but not the constellation Leo on the feature chart at top, but Regulus lies at the tip of a striking pattern of stars on the sky’s dome – shaped like a backwards question mark – called The Sickle. 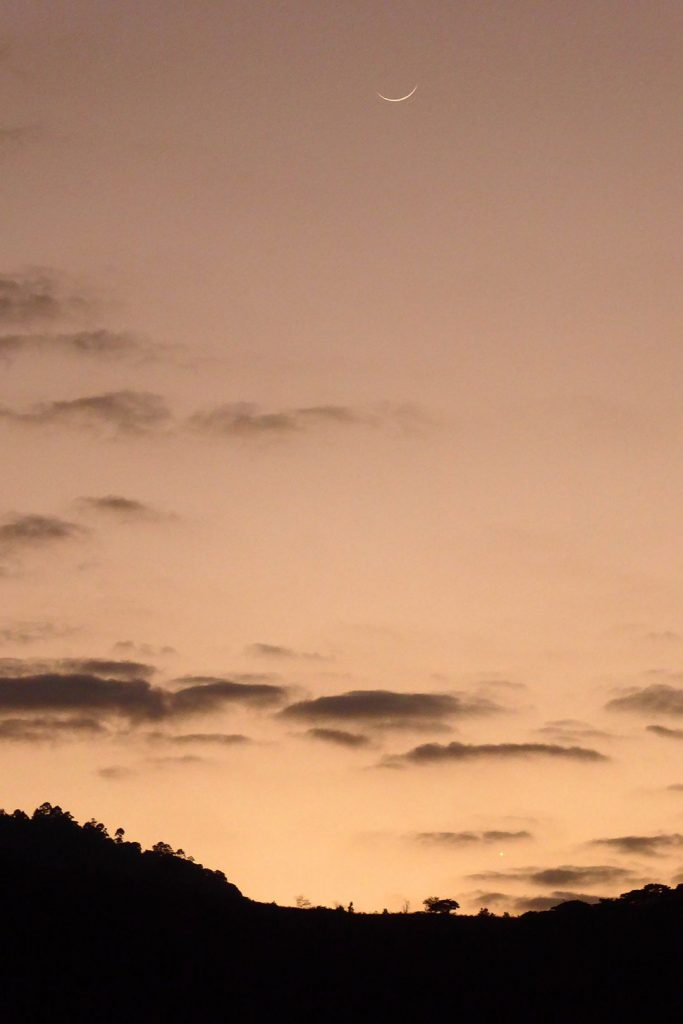 Bottom line: Watch for the waxing crescent moon to pair up with Regulus, the brightest star in the constellation Leo the Lion, on or near July 5, 2019.