After sunset April 7-9, 2019 – watch the young crescent moon wax larger day by day as it sweeps past the red planet Mars, famous Pleiades star cluster and the red star Aldebaran.

Generally, any moon that’s less than one day old (or 24 hours past new moon) is hard to spot with the eye alone, or, sometimes, even with binoculars. For the most of the world, however, the moon was over a day old after sunset on Saturday evening (April 6, 2019). And so we heard from many people today who saw the April 6 young moon, a fleet little moon that appeared in the west at evening twilight on Saturday, then set before nightfall. If you missed it, check out the young moon photos posted at EarthSky Community Photos. Or just look outside in the coming evenings, after the sun goes down.

The moon will be waxing larger and appearing farther from the sunset each evening. On April 7 to 9, you can watch as the moon sweeps up past the red planet Mars, the famous Pleiades star cluster – also called the Seven Sisters – and the red star Aldebaran, which represents the Eye of the Bull in the constellation Taurus. 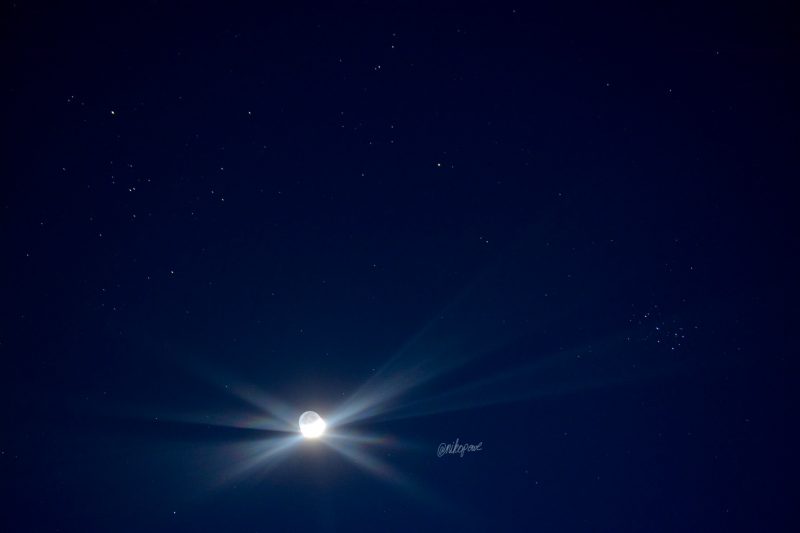 View at EarthSky Community Photos. | Niko Powe in Kewanee, Illinois caught the waxing moon near Mars (lower left of the moon), and the Pleiades (dipper-shaped object to moon’s right) on April 8, 2019. Notice the V-shaped pattern of stars above and to the left of the moon. That is the Hyades star cluster, with red Aldebaran – now twice as bright as Mars – at one tip of the V. The moon will appear closer to the Hyades on April 9. Photo by Niko Powe.

If you have clear skies, watch for the moon on each of the coming evenings. And realize that the moon’s motion upward away from the sunset from night to night is due to its motion in orbit around Earth. Each hour, the moon in its orbit edges its own angular diameter farther from the sun on the sky’s dome. Thus, the widening lunar crescent stays out a little longer after sundown.

Also, as it moves away from our line of sight to the sun, the sliver of the moon’s daytime side turns increasingly toward Earth.

In other words, the older the moon gets (the farther it is from new moon), the easier it becomes to see … farther from the sunset, with more of its illuminated side showing. 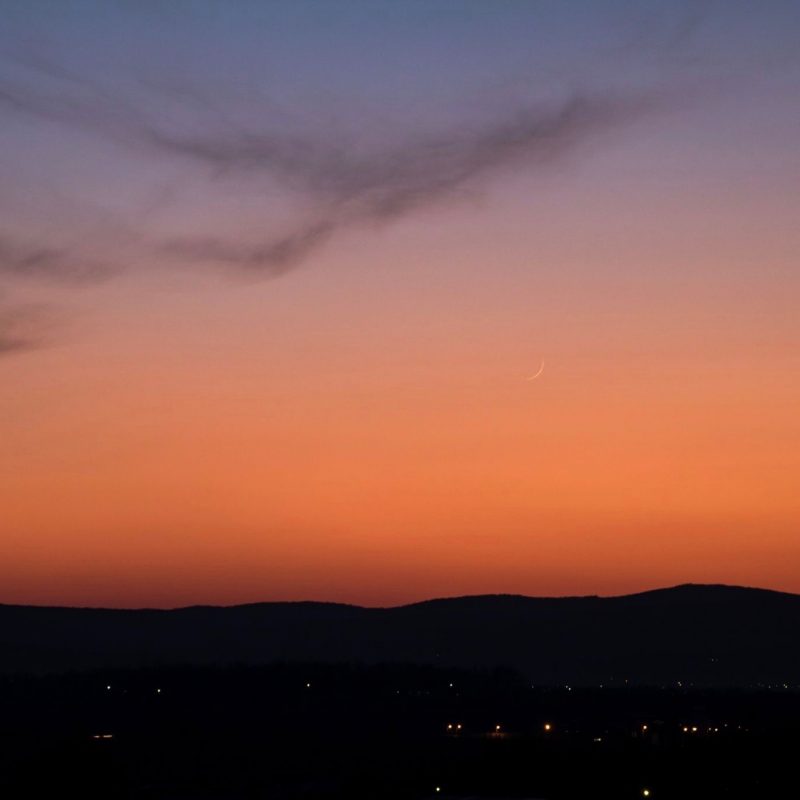 That’s probably why we saw so many young moon photos today. They were coming in from various spots arounds the globe.

And if you live at temperate latitudes in the Northern Hemisphere, be mindful that the sparse moonlight over these next several evenings may provide you with your last good opportunity to view the post-dusk zodiacal light until next year. 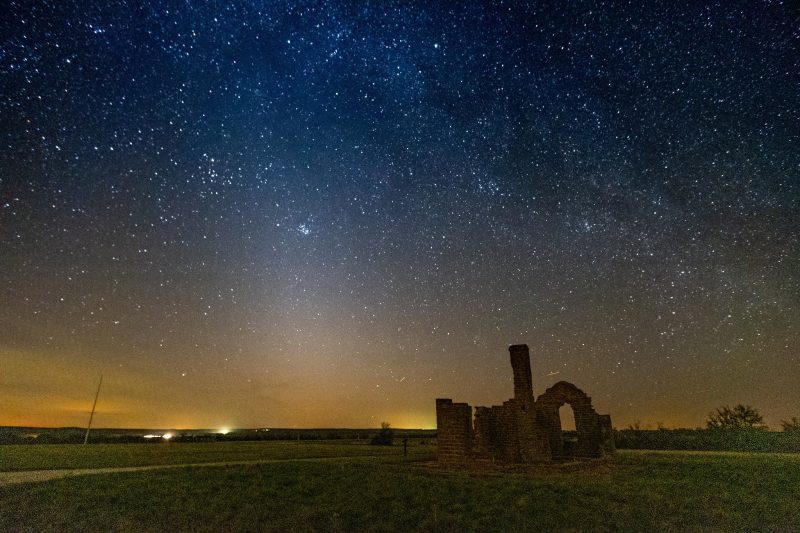 View at EarthSky Community Photos. | Michael Castles caught the zodiacal light on April 1, 2019, from Fort Griffin Historic Park, near Albany, Texas. This photo looks west toward the same stars you’ll see in the moon’s vicinity after sunset now. Thanks, Michael!

Bottom line: After sunset on April 7 to 9, 2019, watch for the young waxing crescent moon to widen day by day as it climbs upward toward the red planet Mars, the Pleiades star cluster and the ruddy star Aldebaran.