It’s the full moon after the Harvest Moon. It bears the name Hunter’s Moon for us in the Northern Hemisphere. For all of Earth, this full moon shines all night on November 3-4, 2017. 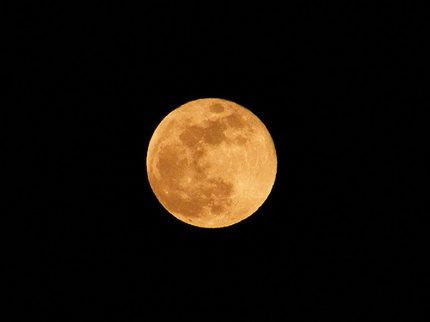 Image at top is 2016’s Hunter’s Moon from Kurt Zeppetello in Monroe, Connecticut. He said it looked like this to the eye, but, to get the photo to come out as he wanted, he combined a short exposure with a longer exposure.

A Hunter’s Moon has special characteristics; the time between sunset and each night’s successive moonrise is noticeably short). Those characteristics can be seen by Northern Hemisphere full moon-watchers this weekend, although the effect is mitigated this year, due to the late date of this year’s full Hunter’s Moon. 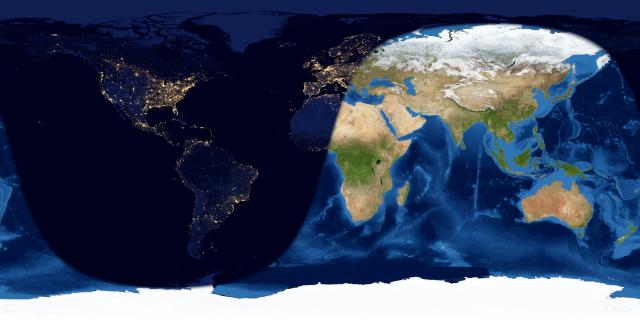 Image via EarthView. Day and night sides of Earth at the instant of the full moon (2017 November 4 at 5:23 UTC. World map courtesy of Earth and Moon Viewer

Bottom line: As the full moon after the Harvest Moon, the November 3-4, 2017 full moon bears the Hunter’s Moon name for us in the Northern Hemisphere.

What’s special about the Harvest Moon?

Is the November 2017 full moon a supermoon?