The dazzling planet Jupiter is near the first quarter moon on June 30. Enjoy the waxing moon and Jupiter on July 1, too! 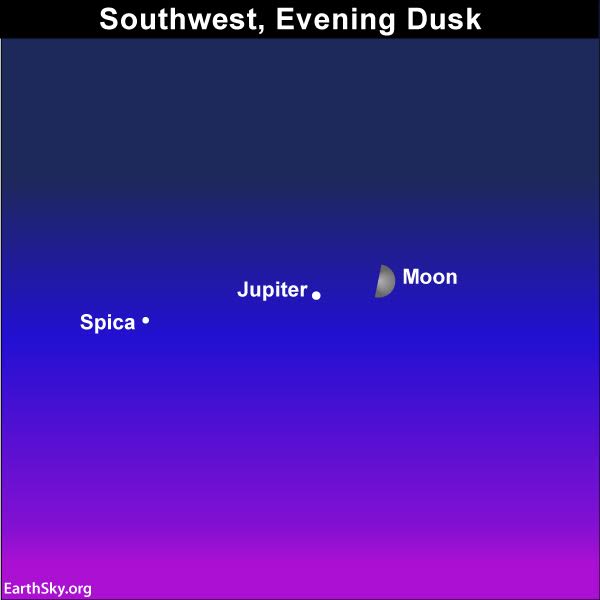 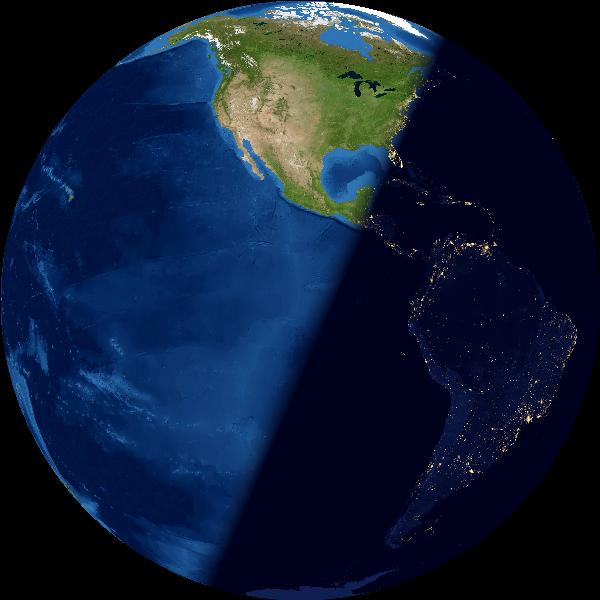 The Earth and moon are like mirrors to each other. If you were on the moon tonight, you’d see a last quarter Earth. Simulation of last quarter Earth as viewed from 1st quarter moon (2017 July 1 at 0:51 UTC). The terminator or shadow line represents Earth’s line of sunsets. Image via Fourmilab. 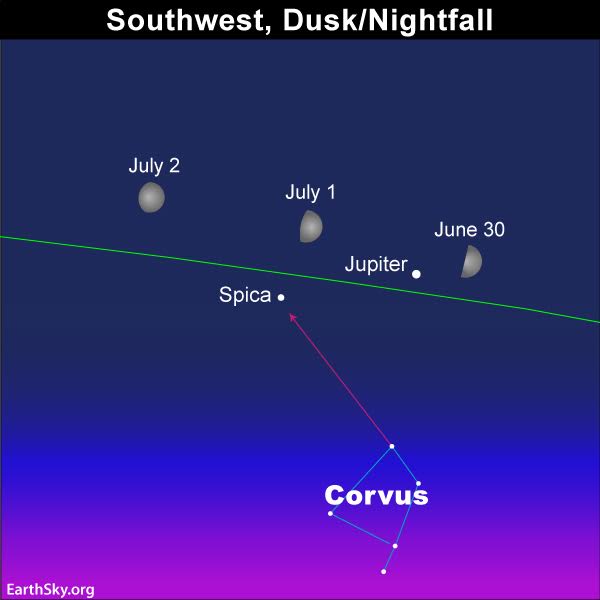 As always, the moon moves eastward in front of the constellations of the zodiac. Watch for the moon over the next several nights, as its distance from Jupiter on our sky’s dome increases. You’ll really be watching the moon’s own motion in orbit around Earth.