Full moon comes on April 11 at 6:08 UTC. For the Americas, that means full moon happens tonight. As the 1st full moon of northern spring, it fixes the date of Easter Sunday. 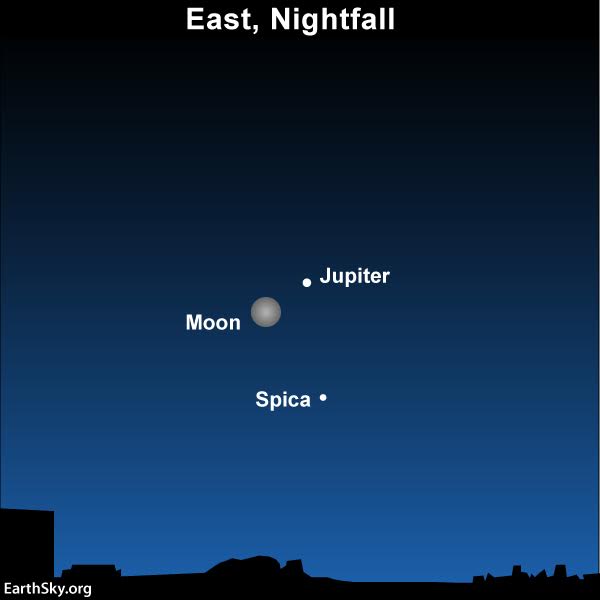 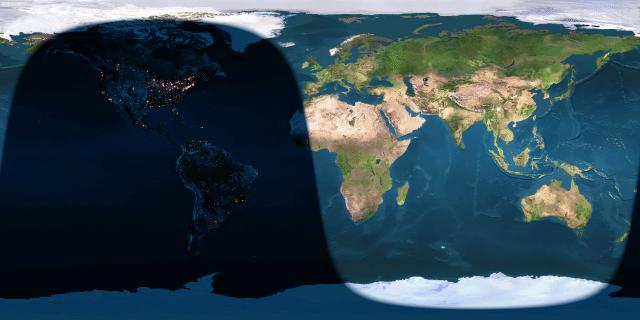 The day and night sides of Earth at the instant of the April 11 full moon (April 11, 2017 at 6:08 Universal Time). Worldwide map via Earth and Moon Viewer. 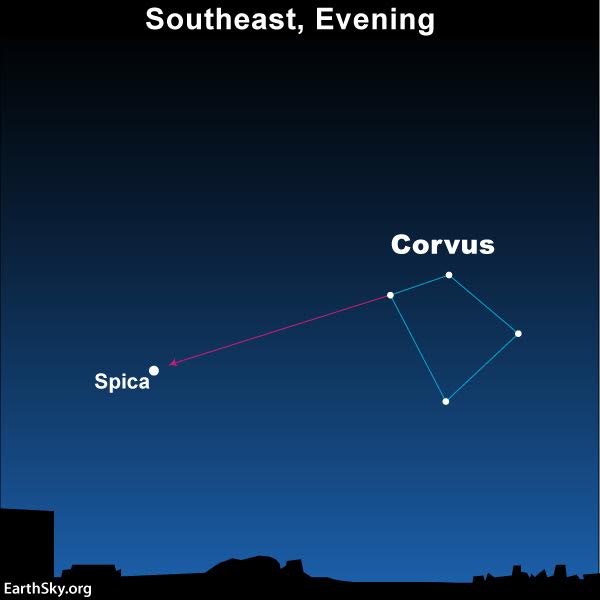 When the moon or the planet Jupiter isn’t around to guide you to Spica, the brightest star in the constellation Virgo the Maiden, you can count on the small, sail-shaped constellation Corvus the Crow to help you out. 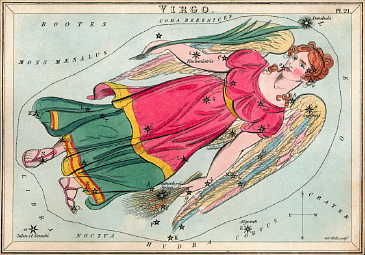 Constellation Virgo the Maiden as depicted in a set of constellation cards published in London c. 1825. Via Ian Ridpath/Urania’s Mirror.