Dwarf planet Ceres soon to be closest since 2009

Earth and Ceres will be closest for 2018 on February 1. Ceres hasn’t been this close since 2009. Start looking for this tiny world – largest body in the asteroid belt – now. 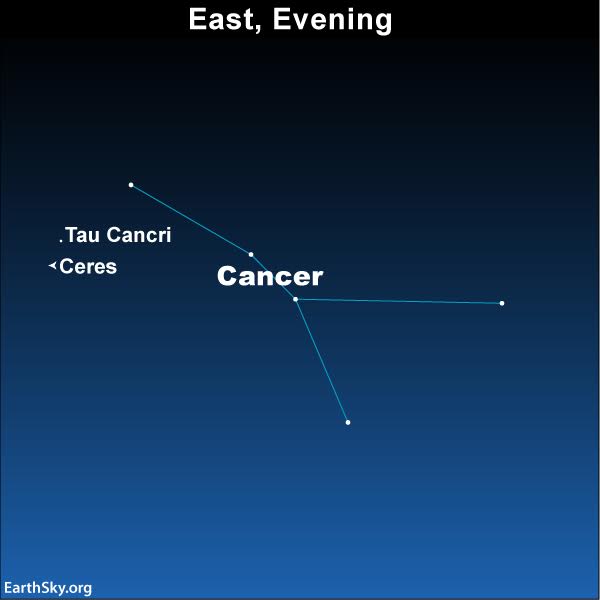 Next week – on February 1, 2018 – Earth will come closest to the dwarf planet Ceres for this year, and this small world, in turn, will shine at its brightest best in our sky. However, February 1 is one day after the full supermoon and eclipse, and the waning gibbous moon will still be plenty bright that night. So start looking around January 25 or 26 – or wait until the end of next week, around February 3 or 4, when the moon will have left the early evening sky – to seek for Ceres.

At a distance of 1.6 astronomical units on February 1, this will be Ceres’ closest approach to Earth since February 25, 2009.

Although not visible to the eye alone, Ceres – largest body within the asteroid belt and the first asteroid to be discovered, in 1801 – is a fairly easy binocular object. You just need to know where and how to look. 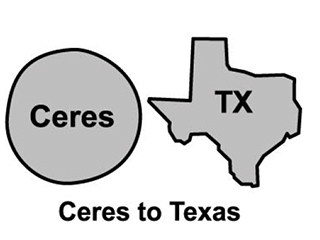 Image contrasting the sizes of Texas and Ceres via NASA

Ceres is now considered a dwarf planet, and it’s the only one of five recognized dwarf planets to reside within the inner solar system. Ceres accounts for a full one-quarter of the mass in the asteroid belt, which consists of hundreds of thousands (perhaps millions?) of tiny worlds circling the sun in between the planets Mars and Jupiter. 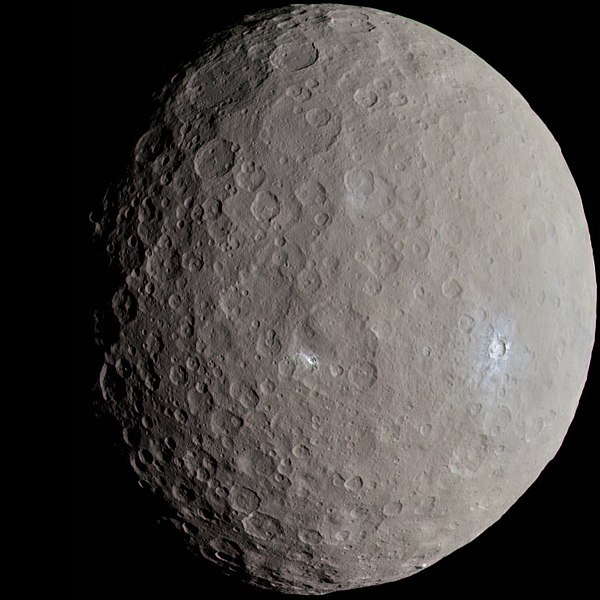 Ceres will look like a faint star through binoculars. Unlike the backdrop stars, which appear fixed relative to one another, Ceres will betray itself as it changes its position, moving noticeably westward in front of this constellation after a few to several days.

The best way to see it is to locate the field of which Ceres is part. Perhaps draw or photograph the star the field. Then watch over several nights for the object that moves.

Chart of the constellation Cancer via IAU. The dwarf planet Ceres will be quite close to the 5th-magnitude star Tau Cancri (Greek letter “T” in white box, at upper left) on our sky’s dome in late January and early February, 2018. Click here for a detailed chart showing Ceres’ location.

This movement of Ceres enabled Giuseppe Piazzi, an Italian monk, to discover Ceres in January 1801. At that time, Ceres was in front of the constellation Taurus the Bull. He noted over the following nights that Ceres had changed its position relative to the backdrop stars, meaning this object was a solar system object and not a star.

Bottom line: Earth and Ceres will be closest for 2018 on February 1. Ceres hasn’t been this close since 2009. Start looking for this tiny world – largest body in the asteroid belt – now.