It’s called a Long Night Moon because our nights are long now, and because this moon takes a high path across the sky. In the Southern Hemisphere … Short Night Moon! 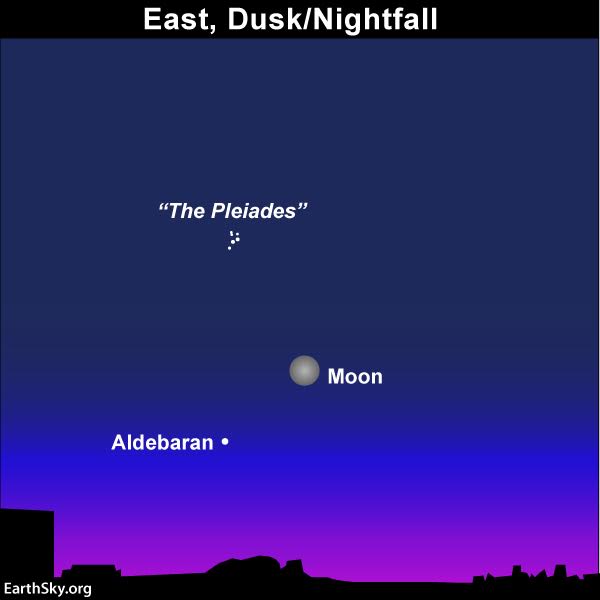 Tonight – December 2, 2017 – watch for the nearly full moon. As seen from around the world, the moon will shine pretty much all night long, starting around sunset on this night. Although the calendar gives December 3 as the full moon date, the exact clock time (and possibly the date) of the full moon varies by time zone. No matter where you live worldwide, the moon will appear plenty full to the eye both tonight and tomorrow night.

By the way, this full moon will be the only full moon supermoon to light up our sky in 2017. What’s a supermoon? Read more about it in our post for December 3, 2017.

The December 2 moon shines in front of the constellation Taurus the Bull. Despite the lunar glare, you still might be able to make out Aldebaran, Taurus’ brightest star, and possibly the Pleiades star cluster.

Read more: Occultation of Aldebaran on the night of December 2-3, 2017 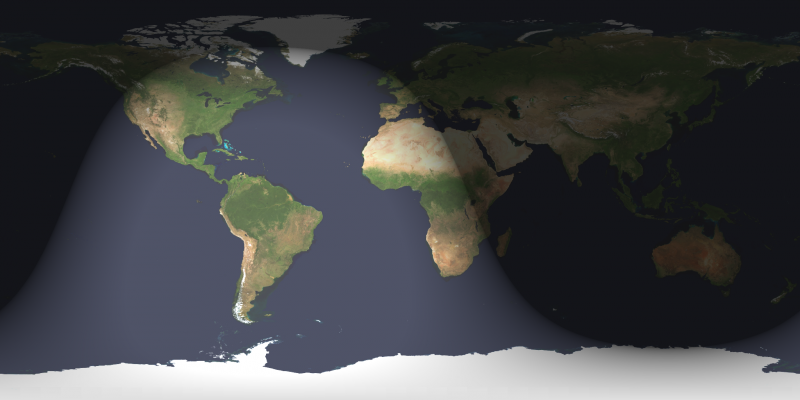 The full moon, our nocturnal sun, stays out throughout the night, and then sleeps in during the day. The December full moon, like the June sun, climbs up high as seen from the Northern Hemisphere sky. A full moon near the winter solstice travels a high path across the sky and stays in the sky for all hours of the night. That’s why one of the names for this full moon is the Long Night Moon.

From the Southern Hemisphere, where the days are long and the nights are short, the December full moon follows the low path of the winter sun. After all, it’s the hot season in that hemisphere now.

However, if you live in Alaska or Hawaii, the moon turns full before sunrise December 3, meaning the moon will be in your sky at the instant of full moon, which takes place on December 3, 2017, at 15:47 Universal Time (UTC) – or 6:47 a.m. AKST (Alaska Standard Time) and 5:47 a.m. Hawaii-Aleution Standard Time (HAST). 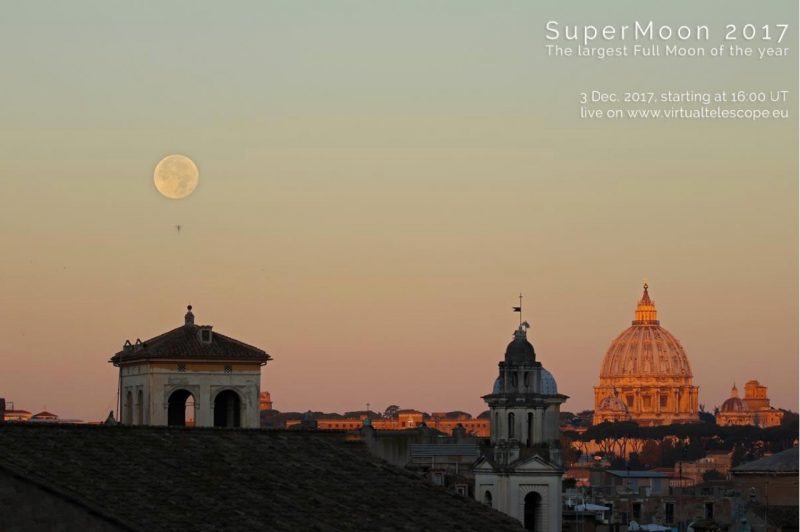 Bottom line: From around the world, the December 2, 2017 moon shines in the east at nightfall, climbs highest for the night around midnight and sets in the west around sunrise December 3. For the contiguous United States, the moon will turn precisely full during the daylight hours on December 3, when the moon is below the horizon.