Still close after their spectacular conjunction on Sunday, the bright planets Jupiter and Mars appear near the bright star Spica and the waning moon Tuesday morning. 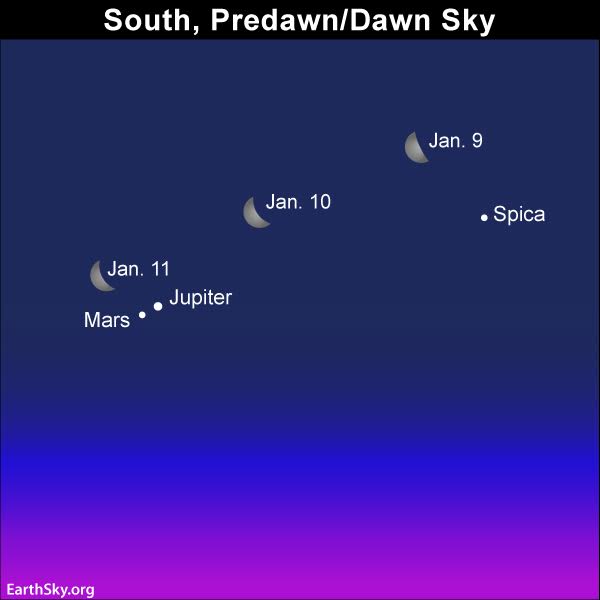 Tuesday morning – January 9, 2018 – the bright star near the moon is Spica in the constellation Virgo the Maiden. The planets Jupiter and Mars are also nearby, fresh from their magnificent conjunction on Sunday. If you’ll watch over the coming mornings, you’ll see the moon edge downward toward the sunrise, sweeping past Mars and Jupiter, closest to them around January 11. 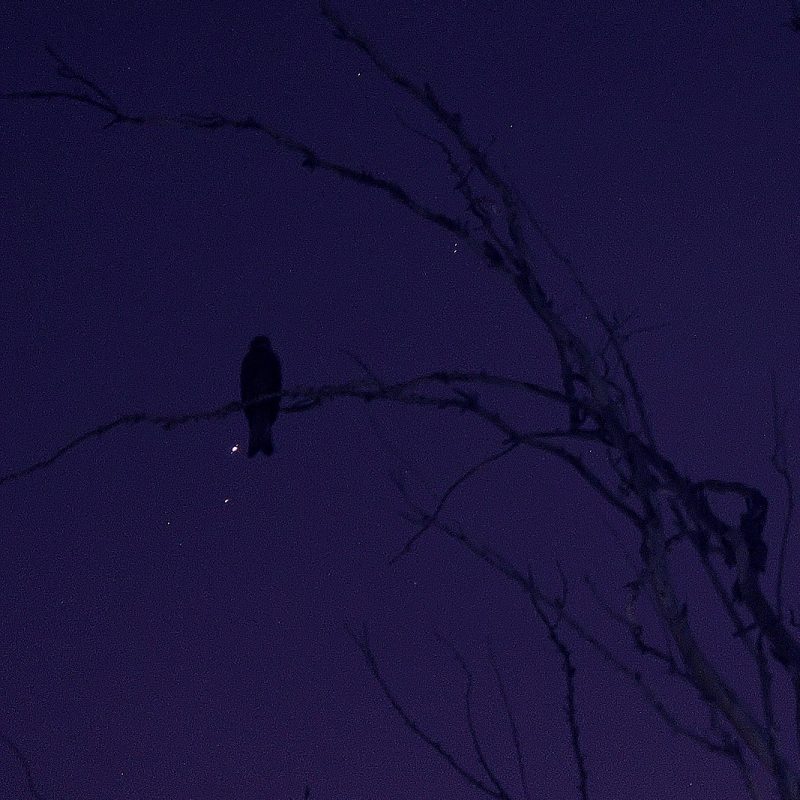 Chander Devgun in New Delhi, India caught Jupiter (brightest) and Mars (below) and an eagle on Monday morning, January 8, 2018.

Spica, the star nearest the moon on January 9, is the sole first-magnitude star in Virgo.

Virgo is large and rambling, and – if your sky is dark – Spica can help you to find Virgo’s place in the sky. Virgo is associated with Demeter, Greek goddess of the harvest. Demeter’s daughter was Persephone, who was captured by Pluto, god of the underworld. According to the myths, Pluto allowed Persephone to return to her mother for six months of every year. During the time that Persephone and Demeter are reunited, the world is warm and fruitful. But when Persephone returns to the underworld, Demeter withdraws from the world as well . . . and winter falls on the land. Look here for more about Demeter and Persephone.

Sky chart of the constellation Virgo via the IAU (International Astronomical Union).

Bottom line: On the morning of January 9, the bright star near the moon is Spica in the constellation Virgo. The waning crescent moon will be sweeping down past Jupiter and Mars on January 10-12, 2018.

See it! Photos show the dance of the morning planets