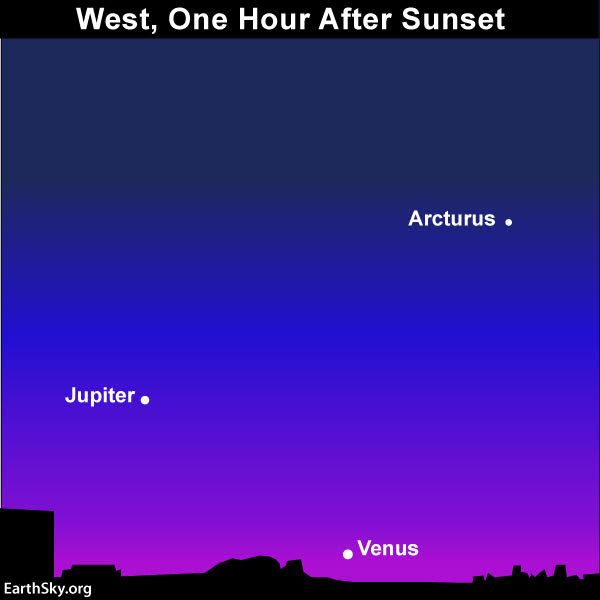 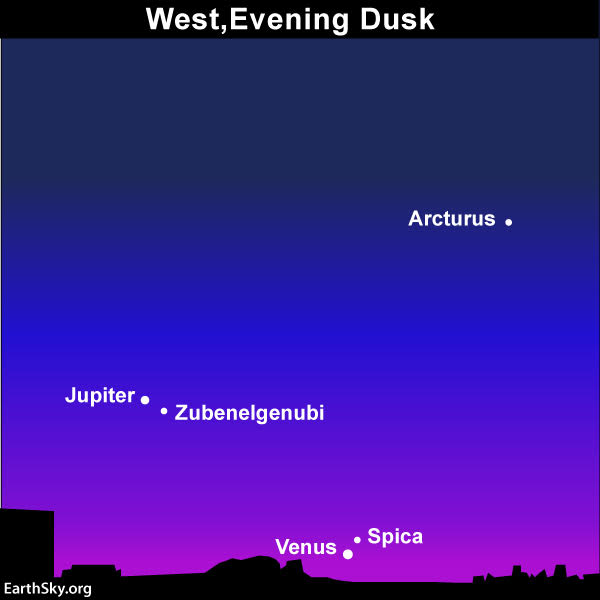 If you can’t see the star Spica next to Venus or the star Zubenelgenubi next to Jupiter with the eye alone, try your luck with binoculars.

Arcturus is a different story altogether. From the tropical regions of the globe, Arcturus appears lower down in the sky, more to the right (rather than the upper right) of Venus and Jupiter. In early September 2018, at 20 degrees north latitude (Hawaii and Mexico City), Jupiter and Arcturus set about the same time; and at 20 degrees south latitude, it’s Venus and Arcturus that set at about the same time.

Farther south, in the temperate regions of the the Southern Hemisphere, Arcturus is found to the lower right of Venus. At these southerly latitudes, Arcturus sets before Venus does.

Click here for a recommended sky almanac giving you the settings times for the sun, Venus, Jupiter and Arcturus