Find the constellation Cassiopeia the Queen in the northeastern sky after sundown. Depending on your perspective look for the telltale shape W or M. 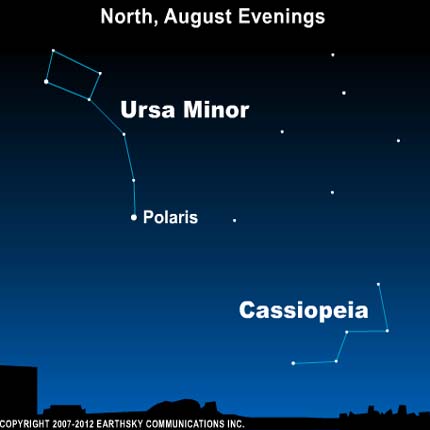 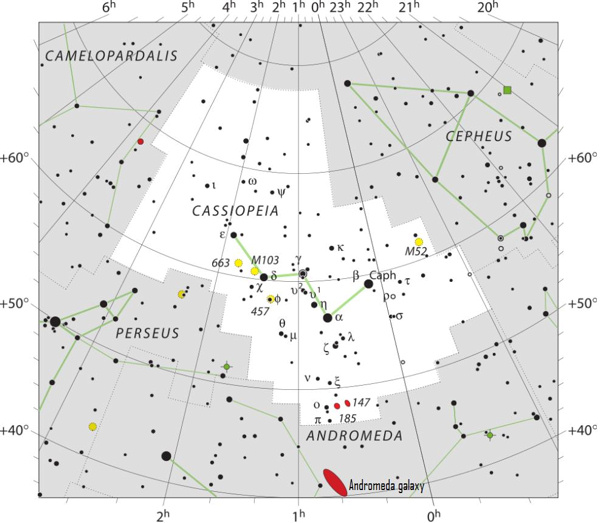 View larger. | The constellation Cassiopeia the Queen appearing as a W.