This July 31 full moon counts as extra special because it’s a Blue Moon – the second of two full moons to occur in a single calendar month. 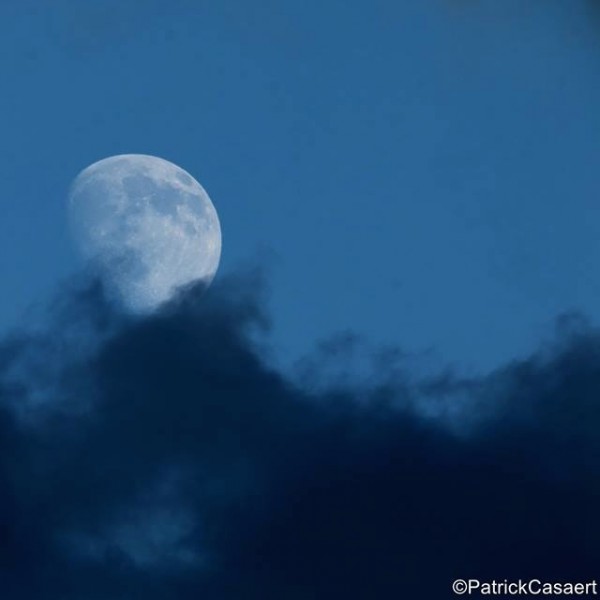 Patrick Casaert used a blue filter to capture this shot of the moon on July 27, 2015.

Blue Moon coming! As seen in the photo above by Patrick Casaert – whose community on Facebook is called La Lune The Moon – the moon has been waxing to full this week. Patrick used a blue filter to create his moon photo, and if you see the moon in tonight’s sky, you’ll see it’s nearly full … but not at all blue in color. Yet, as the second full moon for the month of July, many will call it a Blue Moon.

Calendars will say that this month’s second full moon falls tomorrow – on July 31, 2015. However, for much of North America, the moon will turn precisely full before sunrise on July 31.

Will either of these moons be blue in color? Nope. The name Blue Moon has nothing to do with the color blue. It’s just a name for the second full moon in a calendar month.

If the moon won’t be blue in color tonight or tomorrow night, what will it look like? It’ll look like any ordinary full moon.

Read about the origin of the name Blue moon here

Meteors ahead! Everything you need to know: Perseid meteor shower 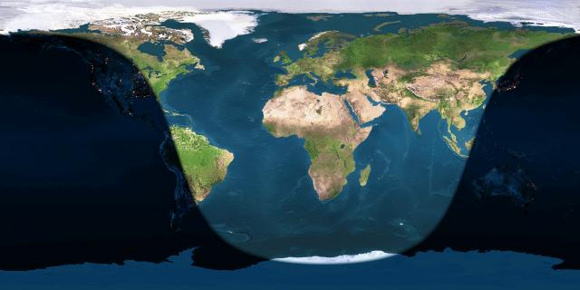 This month’s moon turns precisely full on July 31 at 10:43 Universal Time – the standard clock time at the prime meridian of 0o longitude.

Translating Universal Time to the time zones in the mainland U.S., we see that the moon will reach the crest of its full phase at 6:43 a.m. EDT, 5:43 a.m. CDT, 4:43 a.m. MDT or 3:43 a.m. PDT on the morning of July 31. Does that mean you should look for the moon at those exact times? Not necessarily. Those times just indicate when the moon is precisely full.

As always, the moon at the vicinity of full phase remains pretty much opposite the sun all night long – rising around sunset, overhead around midnight, setting around sunrise.

So even though tonight’s moon will look plenty full as it lights up the nighttime from dusk until dawn, the full moon – astronomically speaking – only represents a fleeting instant of time.

It’s when the moon stands 180o opposite the sun in ecliptic longitude.

Everything you need to know about the July 31 Blue Moon

Bottom line: The July 31, 2015 full moon won’t appear blue in color. But – as the second of two full moons to occur in a single calendar month – many will call it a Blue Moon.