Moon near star Antares on August 1

Antares is a red star in the south each summer. It was considered the Fire Star of the ancient Chinese. 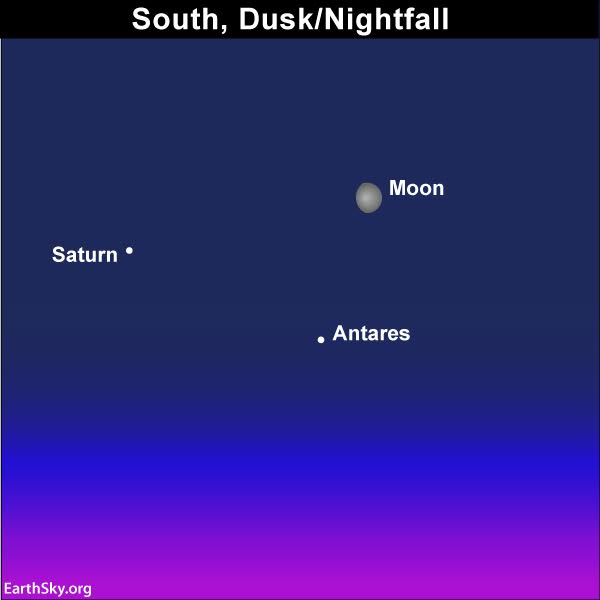 Tonight – August 1, 2017 – the bright star near the moon is Antares in the constellation Scorpius the Scorpion. You’ve got about another month or two to see this uniquely summer star for us in the Northern Hemisphere, during the evening hours. Antares is the brightest star near the moon tonight, while the other nearby bright beauty is the planet Saturn.

The moon has now passed the first quarter phase and now exhibits a curvature to its terminator line – the line between dark and light on the moon. This moon phase is called waxing gibbous. The waxing gibbous moon, Antares and Saturn will drift westward throughout the night, to set after midnight at mid-northern latitudes.

In ancient Chinese thought, the summer season was associated with the direction south, with the element fire, and with the color red. No wonder, then, that this reddish star in the south each summer – beautiful Antares – was considered the Fire Star of the ancient Chinese.

Antares appears as a bright reddish star that rides relatively low in the south throughout our northern summer. We know it as a great ball of gases, a thermonuclear cauldron radiating unimaginable amounts of energy into the blackness and vastness of space.

Yet to us – as to the ancient Chinese – Antares appears so near the southern horizon that we must view it through a great thickness of air. The air through which we view Antares causes this star to twinkle rapidly! On any summer evening, if you see a bright red star low in the south that’s twinkling fiercely … it’s probably Antares. 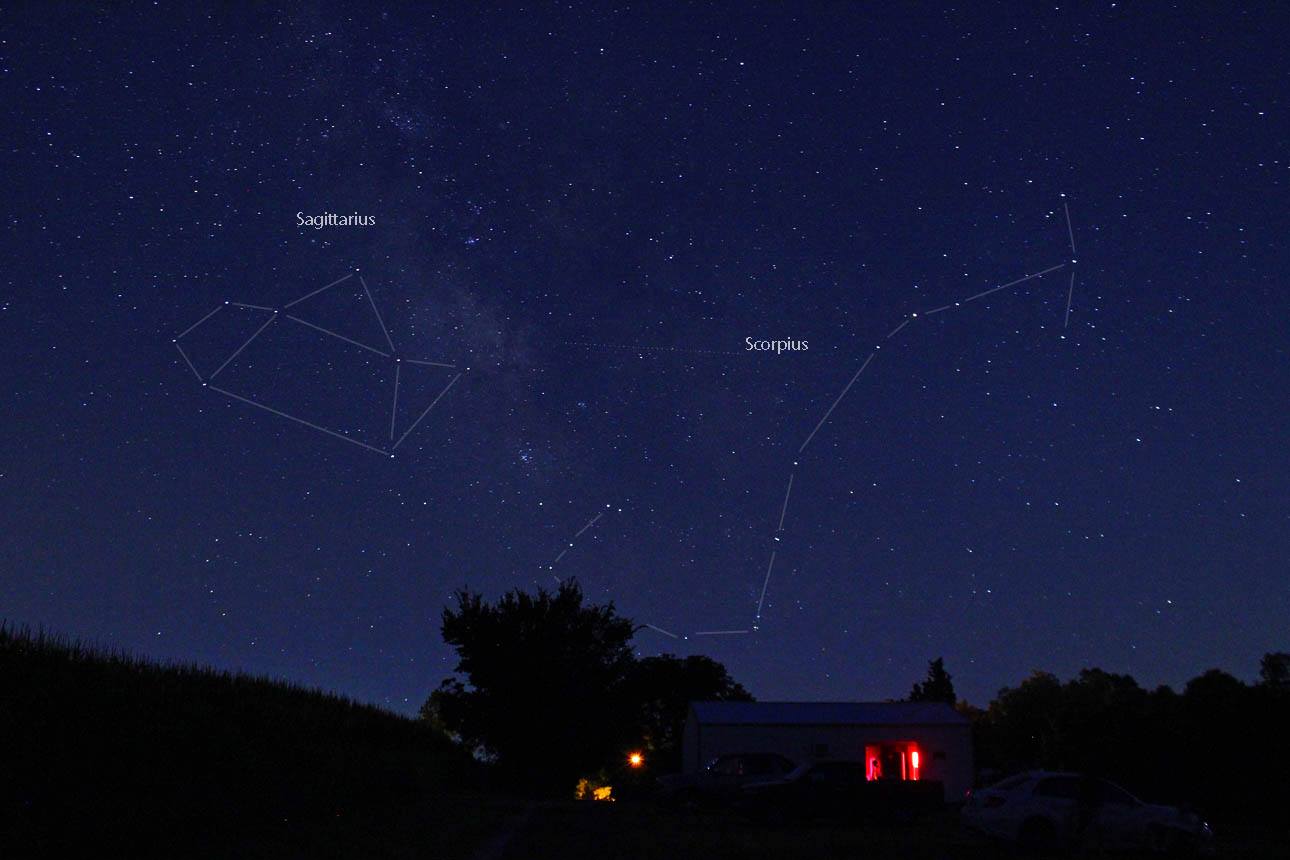 View larger. | Beautiful shot of the constellations Sagittarius (l) and Scorpius as you’ll see them every August, in the south as viewed from Earth’s Northern Hemisphere. Antares is the brightest star in Scorpius. EarthSky Facebook friend Duke Marsh took this photo in August 2013. Thank you, Duke.

Bottom line: The bright star near the moon on August 1, 2017 is Antares, brightest star in the constellation Scorpius. This star can be seen near the moon tonight from around the world.