Almost-full moon on May 9 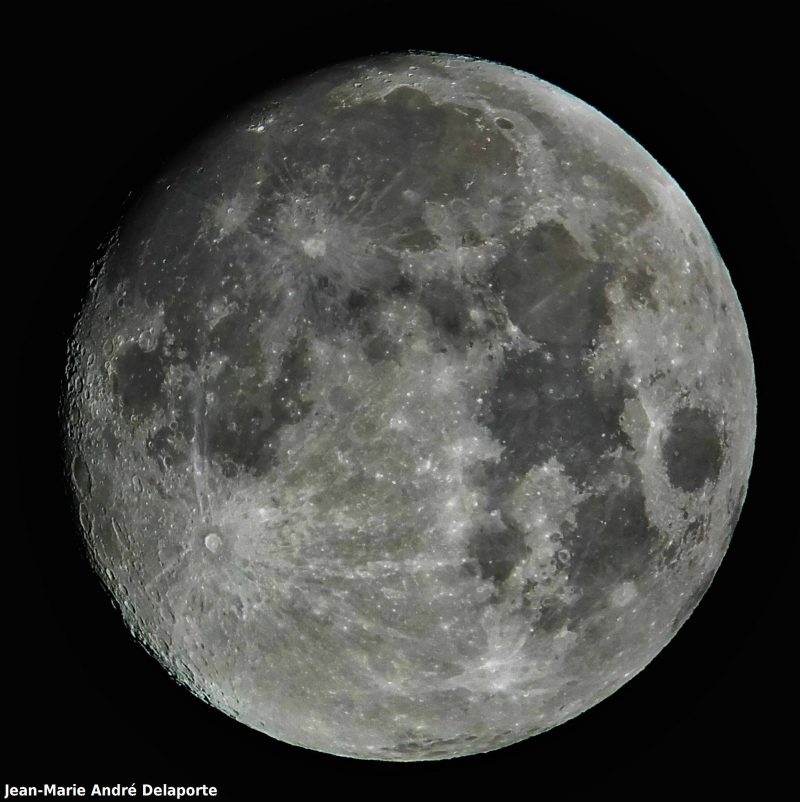 Tonight – May 9, 2017 – the moon might look full to your eye as it beams in the east at dusk and travels across the sky nearly all night long. Strictly speaking, though, it’s a waxing gibbous moon (not a full moon) that lights up the nighttime from dusk May 9 until dawn May 10. The moon will reach the crest of its full phase tomorrow, May 10, at 21:42 UTC; translate to your time zone.

The moon is full at the instant that it’s opposite – or 180o – from the sun in Earth’s sky. In other words, at full moon, the sun, Earth and moon are more or less on a line in space, with Earth in the middle. That’s why the moon at the vicinity of full moon rises in the east around sunset, climbs highest up in the sky around midnight and sets in the west around sunrise.

In the jargon of astronomers, the moon is astronomically full when it is precisely 180o from the sun in ecliptic longitude (also called celestial longitude). The ecliptic, often drawn in on star charts, depicts the sun’s annual path in front of the constellations of the zodiac.

Whenever the moon turns full, the full moon assumes the sun’s position in front of the zodiac for one-half year or six months hence. 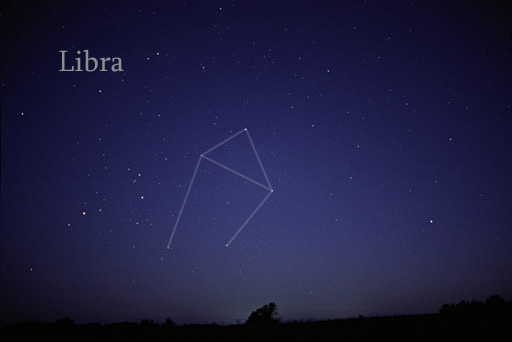 Constellation Libra via AlltheSky. It’ll be very difficult to see the constellation Libra in the glare of the May 2017 full moon. But if you’re familiar with Antares (the bright red star on the left in this image), you can use it to guide you to Libra on a dark, moonless night. 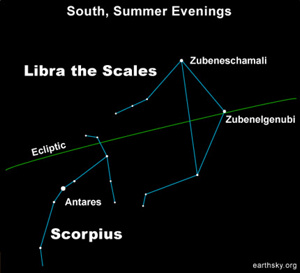 Libra has 2 bright and well-known stars, Zubenelgenubi and Zubeneschamali. Zubenelgenubi is a bit fainter than the other star, but it is labeled as the Alpha star in Libra, possibly because it’s closer to the ecliptic.

Bottom line: On May 9, 2017, the almost-full waxing gibbous moon is out nearly all night long, as it promenades from east to west across the nighttime sky.