Waste dump at the end of the world

Ecologists propose managing strategies to protect the Antarctic where there is a genuine waste problem.

On their mission to the moon in 1969 the Americans Neil Armstrong and Buzz Aldrin created arguably the most famous footprints ever. Since the time the astronauts of the Apollo 11 Mission stepped onto the surface of our satellite their footprints remain almost unchanged. And as no breath of wind will ever be able to blow them away they will be visible forever. 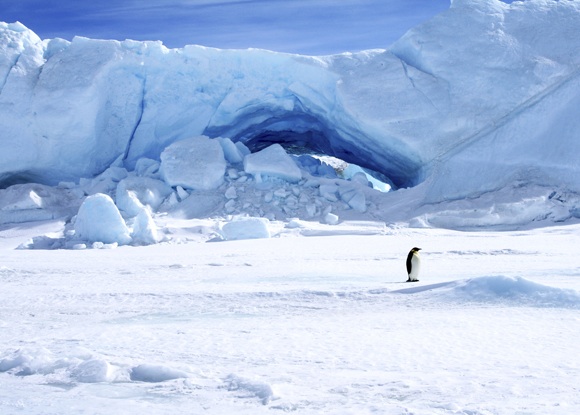 Not quite so old but equally ‘immortal’ are many traces that have been left behind by humans at the South Pole of the Earth. This is the result of a report on the ‘Current Ecological Situation of the Fildes Peninsula Region and Management Suggestions’: The report, written and published by scientists of the Friedrich Schiller University Jena (Germany), has been commissioned by the Federal Environment Agency (Umweltbundesamt). According to their findings, the environment of the Antarctic is by far less intact than many people might think: Tracks of car tires and tire chains have ploughed the sparse vegetation for kilometer after kilometer. Leftovers from derelict experimental set-ups and field huts are slowly decomposing. Rubbish – some of it containing dangerous chemicals, discarded oil cans and car batteries – is lying in the open. On top of this there are coastal waters and beaches suffering oil-pollution as a result of poor handling of fuel at the stations.

A Genuine Waste Problem in the Antarctic

“We have a genuine waste problem in the Antarctic,” says Dr. Hans-Ulrich Peter of the University Jena who was in charge writing the report. Most of all this concerns King George Island, about 120 kilometers off the Antarctic Continent. It is there, more precisely on the Fildes Peninsula, where the ecologist has been doing research on a regular basis since 1983 and meticulously documented the changes in the environment. “The Fildes Peninsula is one of the largest ice-free areas of the Antarctic with a relatively high degree of biodiversity,” Dr. Peter says. As a result the region has attracted a lot of scientific interest, along with the building of six permanently occupied stations including an aircraft runway concentrated in a relatively small area, which turned it into the logistic hub of the international Antarctic research – with all consequences of permanent human settlement. In this context ecologists of the University Jena noticed that during the last thirty years not only the global climate change can be gravely felt in the Antarctic, natural life is equally threatened by the influence of human beings on the local environment of the south polar region. “Due to the extreme climatic conditions the sensitive vegetation only recovers very slowly,” Christina Braun, a member of Dr. Peter’s team, says. She has visited King George Island seven times already for research purposes. “Vehicle tracks sometimes remain there for decades.” But the vegetation is not only damaged by vehicles and building work. According to Christina Braun the unique flora of the Antarctic is equally threatened by ‘imported’ plants. “Some years ago we found some non-native plants nearby the Russian research station Bellingshausen.” Insects and other animal and plant species inadvertently imported by participants of expedition present dangers for the ecosystem.

“If there isn’t a profound change of direction, these negative environmental influences will be amplified in the next few years,” Hans-Ulrich Peter says. Therefore in approximately 130 pages of their report the German ecologists make specific suggestions for the management of this sensitive region: The crucial point is the designation of the Fildes Peninsula as an ‘Antarctic Specially Managed Area’ (ASMA). With this specific administrative instrument legally binding standards concerning the use of the region would be determined. The proposed measure could reduce the conflicting interests between science, tourism and the protection of geological and historical sites as well as keeping its environment intact. However, Dr. Peter regrets that the lack of consensus among the Antarctic Treaty states is blocking the realization of the proposal so far.