“The type of fuels must change, and we have to reverse the trend of increasing traffic volumes; but that doesn’t mean the way we transport ourselves has to change drastically.” – Göran Finnveden

Seemingly insurmountable threats like global warming and toxic emissions make an idea like recycling sound almost quaint – a throwback to the era of disco music and mood rings.

But researchers at KTH Royal Institute of Technology in Stockholm say that recycling could play an important role in sustainable energy systems and transportation. 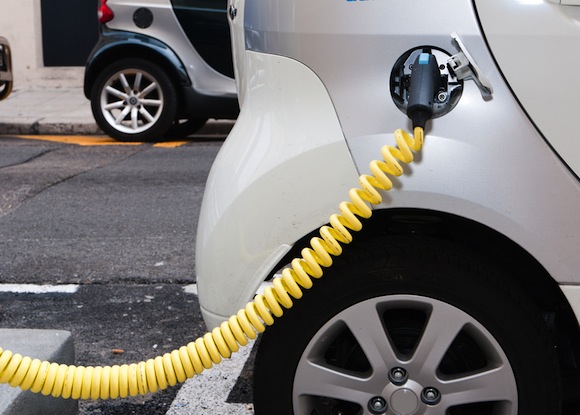 Göran Finnveden, who is Professor in Environmental Strategic Analysis and Vice President for Sustainable Development at Stockholm’s KTH Royal Institute of Technology, says that while household waste recycling is important, it takes care of a relatively small amount of the total waste that developed economies generate.

“We could do much more,” Finnveden says.

A wide range of other types of wastes account for the remainder of society’s refuse (in Sweden, non-household wastes contribute 88 percent of the country’s total). And it’s also in that “waste stream” that Finnveden and others see a huge, untapped source of energy.

Waste-to-energy examples abound. In Sweden, a substantial percentage of the country’s district heating comes from burning non-recyclable trash. “In general, recycling saves more energy than incineration of waste,” Finnveden says. “But if recycling is not feasible, waste-to energy processes can have significant advantages”.

At KTH, methods for harvesting hydrogen fuel from waste are also being developed.

When U.S. President Barack Obama made his first state visit to Sweden recently, KTH researchers showed him a system developed at the university which converts olive oil production waste to hydrogen gas. The gas can then be converted to energy through fuel cells.

“You can use the leftovers from olive oil production to make biogas and electricity,” says Göran Lindbergh, Professor and Head of the Department of Chemical Engineering and Technology at KTH.

Fuel cell-powered cars, based on the test vehicle Lindbergh showed to Obama during the President’s visit to KTH, can also get their hydrogen gas from waste streams. The prototype that Obama examined can travel from Stockholm to Gothenburg and back again – about 1,000 kilometres – on less than a litre of petrol.

“There are really possibilities for technology to make a difference,” Lindbergh says. But technology alone cannot solve global energy and carbon emissions problems. Both scientists agree that policy makers need the support of the public to take real steps toward significant carbon reduction.

Finnveden says a global carbon tax could support transformative change with relatively little disruption. Sweden’s carbon tax, which was implemented in 1991, has changed how the country’s homes are heated “and people hardly notice this because we still have a warm house and it’s just heated in another way”, he says.

“You could introduce a global carbon dioxide tax that would change the energy systems and the transportation systems, and we probably wouldn’t even notice it very much,” he says.

Via KTH Royal Institute of Technology