The tiny creek connecting the Atlantic and Pacific Oceans

There’s a point called Two Ocean Pass on the Continental Divide. It separates the headwaters of Pacific Creek (which flows west to the Pacific) and Atlantic Creek, (which flows east to the Atlantic Ocean). 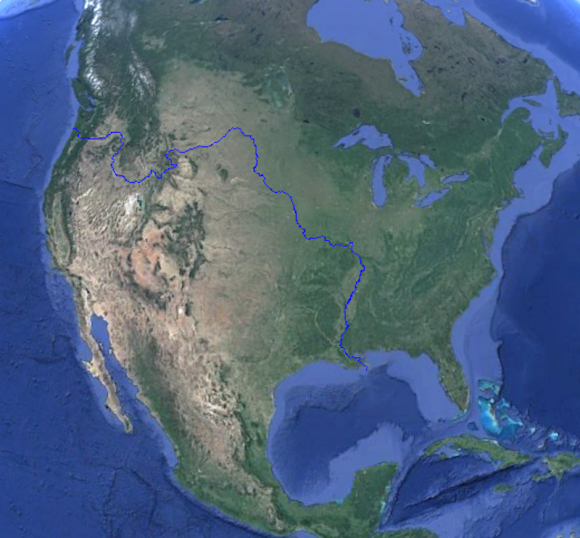 In theory, a fish can swim all the way across the continental U.S.

At Business Insider, Rob Wile writes about the tiny creek in which a fish can swim directly from the Pacific Ocean to the Atlantic Ocean, across the continental U.S. There’s a point called Two Ocean Pass on the Continental Divide, within the Teton Wilderness of Wyoming. Two Ocean Pass separates the headwaters of Pacific Creek (which flows west to the Pacific) and Atlantic Creek, (which flows east to the Atlantic Ocean). A raindrop striking Two Ocean Pass has a 50-50 chance of flowing out to the Pacific or down to the Gulf. Crazy as it sounds, a fish could safely swim across the U.S., from “sea to shining sea.” Wow. Who knew? Read more at Business Insider.

Thanks for the heads up, Jennifer Walsh (@MicrobeLover on Twitter).