TheSkyNet set to conquer more of our universe

In its ever-expanding quest to process astronomy data and discover much more of our Universe, theSkyNet has joined forces with the Pan-STARRS1 Science Consortium (PS1SC) to probe other galaxies beyond our own Milky Way.

The International Centre for Radio Astronomy Research (ICRAR) – home of theSkyNet – has signed an agreement with the PS1SC to use donated computing resources to process the new Pan-STARRS1 telescope’s images over 500 times faster than possible with an ordinary computer. 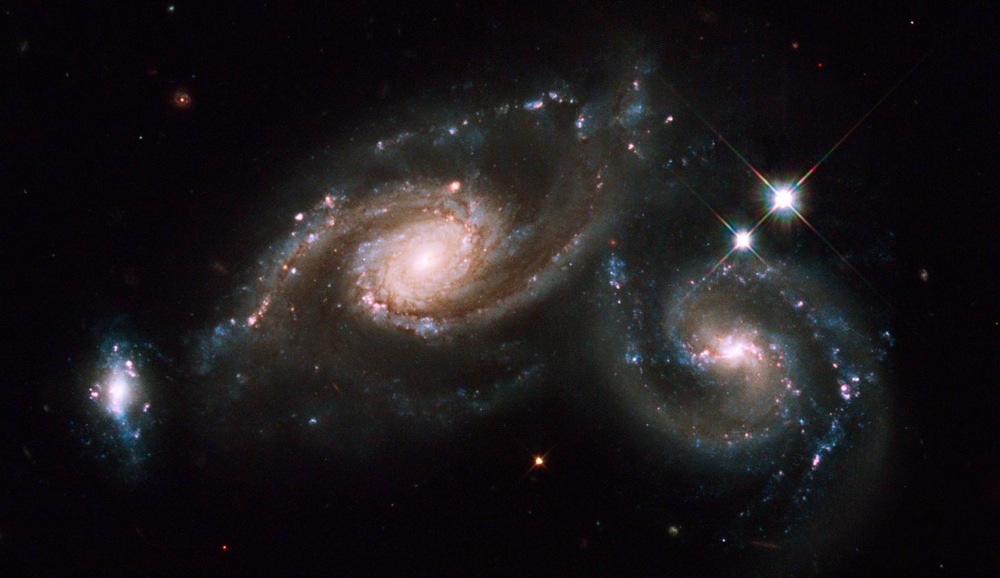 “This agreement gives theSkyNet’s citizen scientists the opportunity to process data from another flavour of telescope that collects visible light, rather than radio waves,” said ICRAR Director Professor Peter Quinn.

Pan-STARRS1 is an innovative telescope based in Hawaii designed to examine a very large portion of the sky at once and collect light from as many distant galaxies as possible.

“Members of theSkyNet will be able to process the new data to help astronomers learn more about what’s in a galaxy: from where the stars are; to how much dust there is; and how much light that dust blocks,” said Professor Quinn.

Since its launch seven months ago, theSkyNet has been crunching data for radio astronomers, with more than 700 million processing jobs completed by the 6,000 active members. The new agreement extends that capability beyond radio astronomy into visible light.

“Processing the data from Pan-STARRS1 would take an average computer over 1,000 years, but we think the donated computing power of theSkyNet can do it in less than two years,” said Professor Quinn.

Within 24 hours of launch in September last year almost 3,000 new members signed up to donate their spare computing power to theSkyNet.

The new agreement cements ICRAR’s position as a ‘survey science’ leader, building on the centre’s involvement in other top international astronomy surveys including the GAMA project, the LSST project and upcoming projects with the Australian Square Kilometre Array Pathfinder (ASKAP).

Pan-STARRS data processing will be introduced to theSkyNet gradually in coming months.

Disclaimer: theSkyNet is not and never will be a sentient computer program bent on running the world. We promise.

Republished with permission from the International Center for Radio Astronomy Research.